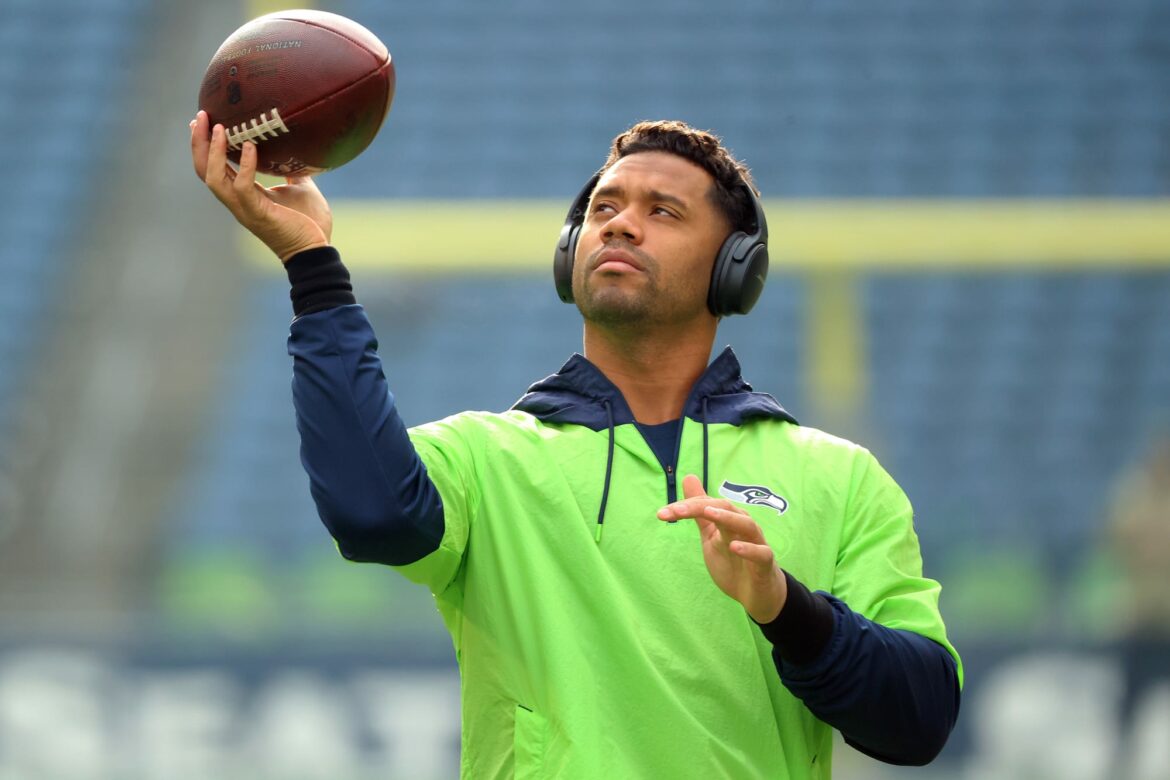 Seattle Seahawks quarterback Russell Wilson has physically healed from injury, but mentally healing from his first career absence could be the challenge.

Russell Wilson is 0-3 since returning from his finger injury.

The prolific Pacific Northwest passer hasn’t scored more than 15 points in a game since his Week 10 return. In his first game, he was held to zero. Then 13 points, then 15, due to a miraculous last-second touchdown against the Washington Football Team.

Wilson’s flash of brilliance was almost enough to take the game to overtime, but it confirmed something else: Wilson’s poor play is not a physical problem.

Game footage reveals Wilson scrambling for time, getting shoved by Shaka Toney instead of throwing the ball away.

Another play shows Wilson forcing an incompletion to DK Metcalf in heavy coverage with an open Tyler Lockett standing in the middle of the field.

Russell Wilson throws a deep ball up for DK Metcalf to jump up over the defender to get. Metcalf jumps straight up. The pass is 2 yards to his left and tipped incomplete.

These are not the mistakes of a measured veteran passer celebrating his 33rd birthday on Nov. 28. These are the mistakes rookie quarterbacks frequently make when shaken up in their first few NFL starts.

Physically, Russ’ finger may be healed, but mentally recovering from the first prolonged absence of his career is a different story. While many laughed at Russ’ pregame progression as he was sidelined on the bench, keeping a competitive mentality has allowed Wilson to progress throughout his career.

Through his toughest career moments, Wilson had someone to help him mentally process the difficulties he faced. With that person now gone, Wilson is working through one of the most challenging moments of his career without his trusted confidant.

Only 48 years old, Moawad passed away after a two-year battle with cancer on Sept. 15, 2021. Wilson spoke about his first meeting with Moawad and what Moawad meant to him over the course of his career.

“This may be tough for me to talk about,” Wilson said as he cleared his throat to speak with reporters. Wilson recalled how when he first met Moawad, the renowned sports psychologist told Wilson that he heard he would be great.

“Do you know why?” Moawad asked Wilson. “I know why… your mind.”

Wilson spent eight minutes of the press conference commemorating Moawad, a psychologist who transformed the mentalities of the athletes he helped. “Everybody he helped, it seemed that they always got better,” Wilson said.

“From that moment, ever since, he’s been my best friend,” Wilson said of their initial meeting at IMG. “We spent so much time together through the highest, highest, highest of the highest moments to some of the lowest moments. To the moments of winning the Super Bowl, to the moment of not winning it, unfortunately. He’s always been there for me. He’s a guy who always gave me perspective and gave me knowledge and insight.”

Together, Wilson and Moawad formed Limitless Minds, a business coaching consultancy that applies Moawad’s methods to business situations. One of those methods is the concept of “neutral thinking”, a tool that Wilson has wielded throughout his career. Described as “the calm in the storm”, neutral thinking “focuses on that next behavior as opposed to an outcome,” according to Moawad.

Physical recovery and mental performance are closely linked, as football players predicate their purpose on their ability to perform sports at an elite level. Hindering that can have consequences that last longer than the injury. Wilson rushed back to play after four weeks, and clearly, some part of him has been crucially affected ever since he came back.

Assuming what is going through Wilson’s mind at this moment is purely speculative, but what is known is that Wilson is experiencing this unprecedented moment without Moawad.

Something that hasn’t been talked about enough. Russell Wilson lost his best friend and mental conditioning coach, Trevor Moawad, on September 17th. I dunno if you’ve ever lost a best friend, but I’d be hard pressed to say you were back to 100% at your job two months later.

The sports psychologist who shaped the lives of athletes across the NFL and MLB was a friend who not only knew the power of Wilson’s mind, but someone who knew how to unlock its greatest potential.