Avatar: The Way of Water, the sequel to the first Avatar film, is finally set to premiere on December 16, 2022, after 13 long years of waiting. The first Avatar movie, released in 2009, was a hit among viewers, with many referring to it as phenomenal. The success of Avatar was largely credited to the brilliance of director James Cameron who outdid himself in several aspects such as graphics and CGI at the time.

Given the stellar performance of the first Avatar film, fans have looked ahead to Avatar: The Way of Water with excitement and anticipation. However, the long wait of 13 years unfortunately did its part in dwindling the excitement of fans. Despite this, the release of the official teaser trailer on May 9, 2022, was able to immerse fans back into Pandora and rekindle fan enthusiasm. Social media was abuzz with the opinions and reaction of fans and many took to Twitter to voice their thoughts.

The Way of Water: A Long Time Coming Given the years it took for fans to get their first glimpse back into Pandora, fans were over the moon when the teaser trailer officially dropped. As per The Hollywood Reporter, the first Avatar film has earned $2.84 billion throughout its lifetime and remains the number one film of all time worldwide. Given the special place that the Avatar film so obviously holds in the hearts of many, the release of the trailer for Avatar 2 reignited fans’ feelings. Many reminisced on their experience of watching the first Avatar film and expressed their emotions at being able to revisit a universe which they love and adore. User @RinoTheBouncer wrote:

Many others echoed the same sentiments, as Avatar holds a connection to their childhoods. User @PorDios, expressing their emotions regarding the sequel, wrote:

The love that fans have for the film has also made Avatar: The Way of Water a family affair. User @rnrajesh23 wrote:

“Avatar it has been 13 years..!! I dono how may times i watched the movie.. Now its time for the new Avatar ❤ But this time i will take my kids along with me 😎”

The Way of Water: Amazing Cinematography The cinematography showcased in the trailer was another factor that was able to garner the seal of approval from fans. Stunning portrayals and shots of both the characters in the film and the landscapes were able to fully submerge fans in the mystical Pandoran universe. Fans were quick to express their praise and comment on the breathtaking cinematography in the movie. User @A3Dnazrigar said:

“I was already impressed just few minutes in, that shot of light and shadow was already awesome… But then the wideshot of the Pandoran landscape hit. Now THAT’S an Alien world!”

Expressing a similar opinion regarding the cinematography, user @SpideyNYC11 wrote:

Fans Are Taken up With the Graphics 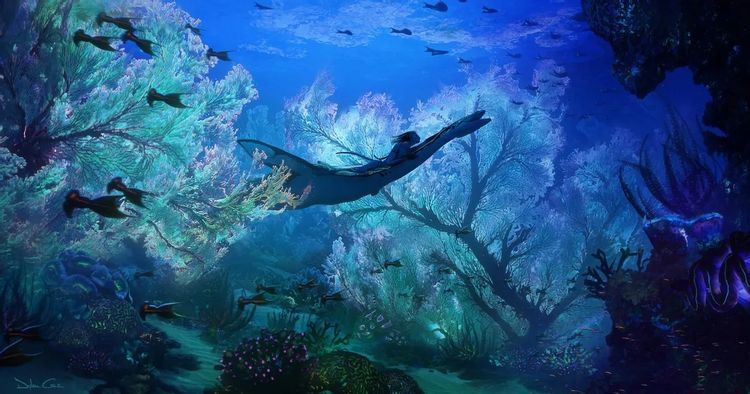 As with the first Avatar, the graphics of Avatar: The Way of Water has earned the approval of fans. First reactions to the trailer have picked up on the amazing visuals the movie will feature. Based on what fans are saying, Cameron, renowned for his work, has, once again, clearly outdone himself in the graphics aspect of Avatar 2. User @obednego2111, drawing a parallel between the graphics of Avatar 1 and Avatar 2, wrote:

“You never get film have beautiful graphics like this, just Avatar 2009…”

Fans also referred to the graphics as “ahead of its time” and credited it for making the first movie unforgettable. @Taylor_mayyyyy wrote:

“Nothing about it was “forgettable” I remember every detail and I’m 21 now I was 11 when the first one released and the plot was great. Being ahead of it’s time was also true the graphics of the first one was crazy considering it was released in 2009”

The graphics and visuals in Avatar 2 have also made fans take up the opinion that the time taken by James Cameron in the production of the sequel was worth it. The stunning graphics of the film have made the long wait worth it. User @supermangeek101 expressed their stance, saying:

“I’m glad that James Cameron took his time with Avatar: The Way Of Water & after seeing this teaser trailer in IMAX! I know it’s gonna be a must watch in IMAX just like Avatar! The visuals are absolutely stunning & Pandora & the underwater world look absolutely gorgeous! I’m sold!”

“Wherever we go, this family is our fortress.”

Watch the brand-new teaser trailer for #Avatar: The Way of Water. Experience it only in theaters December 16, 2022. pic.twitter.com/zLfzXnUHv4

The trailer also had fans talking about the theme of family, which is set to occupy a prominent space in Avatar: The Way of Water. Producer Jon Landau, talking to Empire, said, “This time around, we’re taking Jake and Neytiri and building the most universal theme of all around them. “I know one thing,” says Jake, “Wherever we go, this family is our fortress.”

Many fans loved the trope of family depicted in the trailer and appreciated the prominent space given to family. Commenting on it, user @Raptor_VJ, echoing the words from the trailer, said: 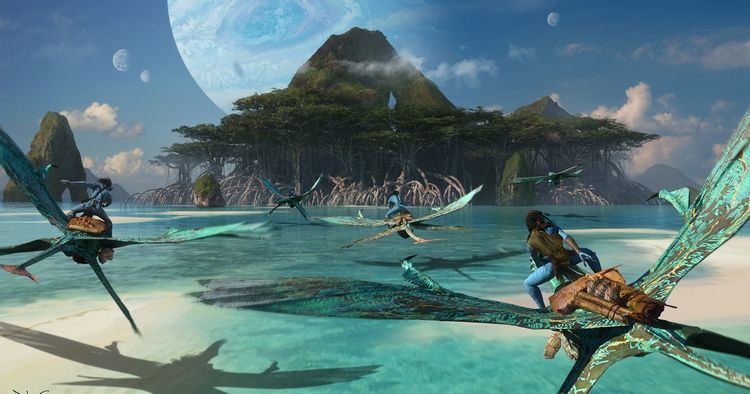 The trailer also had fans gushing in their praise for director James Cameron. Known for his creative risks, the filmmaker reportedly had high bars set for Avatar 2. The fan reactions to the trailer establish that the risks have definitely paid off. User @PH0ENIX_L0RD, applauding Cameron’s character, said:

“Do you realize why it took so long? James Cameroon wasn’t looking for a cash grab sequel. He was looking to do something never done in cinema. And that was filming full scenes underwater.”

“This will be the highest grossing film of all time… surpassing the already current highest Avatar 1, solidifying James Cameron as the greatest director in history of filmography.”

Speaking highly of Cameron’s skills and the awe-inspiring work he is able to deliver, @Rhino197577 said:

“My absolutely hands down favorite all time movie, James is an absolute genius and makes movies that emerse you in a world you burn to be in, to actually visit and feel the sun, the water and just everything. I can’t wait!!”

The official teaser trailer for Avatar: The Way of Water provided fans a much-needed taste of the Pandoran universe and what’s to come in the movie. The movie is scheduled for release on December 16, 2022.