Hopes are riding high for WWDC 2022. Rumors are Apple may deliver huge upgrades to its operating systems. Moreover, the company is nearing the end of a roughly two-year transition to ARM chips, and many anticipate there will be some long-awaited upgrades to the Mac. Throw in murmurs of a mixed reality headset and the June 6th keynote could prove to be one of the most memorable in recent years. Here’s what to expect when executives take to the virtual stage.

Apple’s iPhone and iPad software updates are often the centerpieces of WWDC, but this year they may be more important than usual. Bloomberg’s Mark Gurman recently claimed that iOS 16 and iPadOS 16 will represent “fairly significant” upgrades that touch on many aspects of the interface.

Key apps, such as Health and Messages, as well as notifications should see improvements. We may also see Android-style car crash detection that automatically dials an emergency number. More importantly, iOS 16 could also deliver the first meaningful changes to the lock screen in years. Gurman hinted at “major enhancements” that could include wallpapers with widget-style functionality. However, rumored always-on display features might be limited to the future iPhone 14 Pro.

The likely release schedule is predictable, at least. Apple has historically offered its first developer previews of iOS and iPadOS around WWDC, and public previews a few weeks later. The finished software tends to arrive in September alongside new iPhone and iPad hardware. We’d expect iOS 16 and iPadOS 16 to follow a similar pattern.

Macs started moving to Apple’s in-house silicon a year and a half ago. While the processing power has held up, there’s no question that early M1-based systems like the MacBook Air are starting to feel outdated as x86-powered Windows PCs catch up or surge ahead. Thankfully, you might just see a refresh at WWDC. Gurman previously said Apple was testing nine or more Macs, and planned to launch a redesigned MacBook Air using the M2 at the conference.

The new Air could represent the first big rethink of the thin-and-light portable since the Retina Display model arrived in 2018. As Jon Prosser and others have claimed, it’ll supposedly have a more squared-off design reminiscent of last year’s 24-inch iMac, and come in multiple bright colors with a white keyboard. It’s not clear if the camera notch will carry over from the 14- and 16-inch MacBook Pro, but there’s a chance you’ll see a MagSafe power connection and more Thunderbolt ports. Sorry, the SD card reader and HDMI port from the newer Pros might not make the cut.

As for the M2? Don’t expect a giant leap in performance. The new system-on-chip is still believed to use eight CPU cores, and would bump up the GPU from a maximum of eight cores to 10. Any other speed boosts are more likely to come from minor architectural changes.

If a new MacBook Air does premiere at WWDC, there’s no guarantee it will ship in a timely fashion. Apple’s supply chain (like many others) has been affected by COVID-19 shutdowns in China. 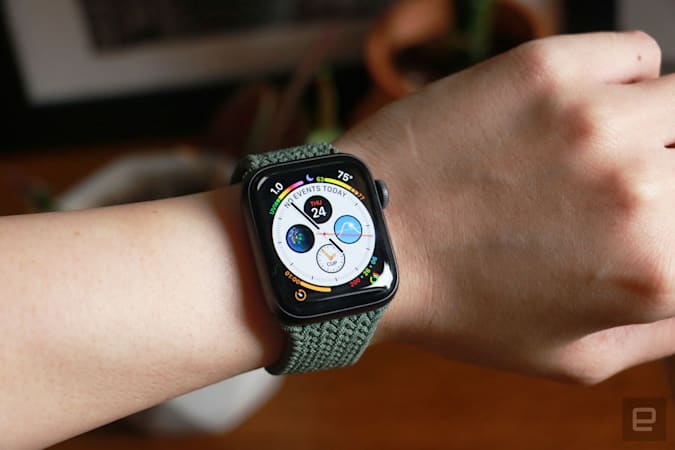 As important as iOS and iPadOS may be, there are indications Apple’s other platforms are in line for overhauls.

Bloomberg’s Gurman has hinted that watchOS 9 may receive some of the largest changes. You could see a low power mode that extends battery life without limiting you to basic timekeeping (as with the existing power reserve mode). More recently, the reporter claimed the new Apple Watch software will have tangible navigation improvements You might also see more robust health tracking that brings more running stats, better sleep tracking and a “burden” feature that detects how long you’re in a state of atrial fibrillation. 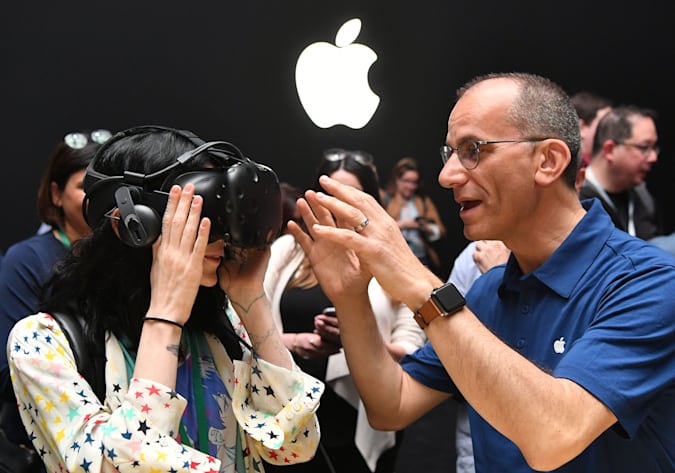 There’s a mounting volume of hype surrounding Apple’s long-rumored AR/VR headset, but we wouldn’t bet on a WWDC debut. Although the company appears to be registering trademarks and otherwise gearing up for an introduction, Gurman and analyst Ming-Chi Kuo have both voiced doubts. The technology doesn’t appear ready for a public debut; late 2022 or 2023 appears more likely. We wouldn’t rule out a brief peek to help developers prepare apps, but that seems doubtful without more evidence.

Likewise, we wouldn’t anticipate computers beyond the MacBook Air. Despite those rumors of Apple testing nine M2-based Macs, there haven’t been signs of imminent releases for most of them. An ARM-based Mac Pro still looks distant, and Gurman doesn’t expect any other M2-based refreshes until later in 2022. With that said, be prepared for surprises — Apple launched the M1 with three Macs.

You likely won’t see other consumer hardware. The hardware that does surface is either aimed at professional content creators (such as the Mac Pro previewed in 2019) or meant to familiarize developers with new technologies (like 2020’s M1-based testbeds). If the MacBook Air M2 arrives on June 6th, it will represent an exception to a normally firm rule.