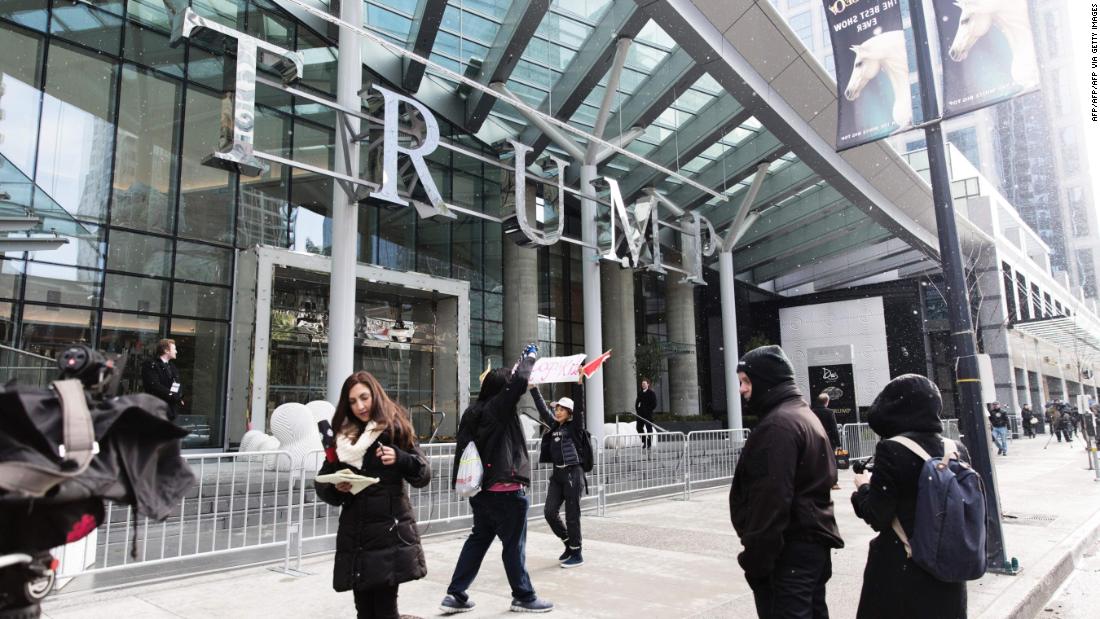 The accounting firm is backing away from Trump now after standing by his side for years of controversies and allegations about his financial practices.

“For an accountant to basically withdraw their report and to alert the client that the financial statements aren’t reliable is a pretty extreme action,” said Terri Herron, a professor of accounting at University of Montana. “It’s required by our standards that we do that as CPAs. But it doesn’t happen very often.”

What did Mazars just do?

Mazars — via the letter to the general counsel of Trump’s businesses, Alan Garten — notified the Trump Organization that the financial documents that firm has compiled on behalf of the former President should no longer be relied upon. The letter was made public on Monday in a court submission by James, who is investigating Trump and his businesses to determine whether any insurers, lenders or others were misled by their financial statements.

The Mazars letter also firmed up previous indications that the firm was winding down its relationship with Trump and his businesses, telling Garten that the firm was “not able to provide any new work product to the Trump Organization.”

“Due in part to our decision regarding the financial statements, as well as the totality of the circumstances,” Mazars said, it had “reached the point such that there is a non-waivable conflict of interest with the Trump Organization.”

The firm said it would not even finish preparations of tax returns due Tuesday for Trump and his wife Melania Trump. The letter flagged that Mazars had been seeking “for several months” information about an apartment tied to Matt Calamari Jr., the Trump Organization head of security who has been cooperating in the criminal investigation into Trump’s businesses.

“Once that information is provided to your new tax preparers, the returns can be completed,” the letter said.

Why does it matter?

The letter has implications both for the investigations into Trump’s financial dealings and for the future business endeavors of the former President.

James disclosed the letter as part of her bid for a court order compelling Trump’s compliance with her subpoenas in her civil investigation. Trump has sought to quash the subpoenas — which included demands for testimony from two of his children — with a claim that James was unconstitutionality seeking to “circumvent the entire grand jury process” by issuing the subpoenas in the civil proceedings while a separate criminal investigation by the Manhattan district attorney plays out. James said in court filings Monday that Mazars’ new assertions doubting the reliability of the Trump financial documents vindicated her effort to investigate the statements. Last summer the Manhattan District Attorney’s office filed criminal charges alleging the Trump Organization and its chief financial officer Allen Weisselberg were engaged in a 15-year tax fraud. Prosecutors have been investigating the Trump Organization for years and last fall sharpened its focus into the accuracy of the financial statements. They interviewed several former Deutsche Bank employees involved with Trump about the loans, CNN reported. Weisselberg has pleaded not guilty and a trial is slated for this summer.

Who has been implicated?

Donald Bender, the lead Mazars partner who has been Trump’s accountant for years, is cooperating with the district attorney’s investigation and has appeared before the New York grand jury.

Calamari Jr. — the Trump Organization security chief referenced in the new Mazars letter — has been granted immunity for the testimony he’s already given in the criminal investigation. His lawyer Nick Gravante told CNN on Tuesday that it was “unmistakably clear that his apartment has always been treated properly for tax purposes.”

Calamari Jr.’s father, Matthew Calamari Sr., is Trump Organization’s chief operating officer and last year, he was told that the Manhattan district attorney was not at the time intending to bring charges against him.

Regardless how the civil and criminal investigations wrap up, Mazars’ new assertions could cause headaches for Trump’s business prospects.

The firm has put Trump on notice that other parties that have been relying on the financial materials assembled by Mazars should be made aware that those financial statements are not reliable.

“This is about as calamitous a thing that could happen to a business that you can imagine — other than getting indicted or going bankrupt,” George Conway, conservative lawyer and outspoken Trump critic, told CNN’s “AC360” on Monday evening. “And this could lead to going bankrupt.”

Why is Mazars doing this now?

The letter pointed to court filings submitted last month by James — as well as Mazars’ own investigation and “information received from internal and external sources” — to explain why the firm was no longer confident in the reliability of the materials it produced for Trump.

In a statement Tuesday, the firm did not go into any more detail into why it was backing away from Trump now.

“Due to our industry’s professional obligations Mazars cannot discuss any clients — current or former, the status of our relationships, or the nature of our services in a public forum without client consent or as required by law,” the firm said. “We remain committed to fulfilling all of our professional and legal obligations.”

James last month made a litany of allegations against Trump.

James said her office had identified numerous “misleading statements and omissions” in tax submissions and financial statements used to obtain loans. She laid out several specific alleged misstatements, including about the size of Trump’s Trump Tower penthouse; the supposed “outside professionals” used to reach valuations of Trump assets; and alleged misstatements about the process by which Trump or his associates reached valuations. A spokesperson for Trump Organization said at the time of the filing that James’ allegations were “baseless and will be vigorously defended.”

Why is Mazars doubting the reliability of its work?

Mazars sent mixed messages about the accuracy of its Trump financial documents. The firm told the Trump Organization that “based upon the totality of the circumstances, we believe our advice to you to no longer rely upon those financial statements is appropriate.” But Mazars noted that it had not concluded that “as a whole” the documents “contain material discrepancies.”

Mazars also stressed that the work the firm did was performed “in accordance with professional standards.”

The firm additionally disclosed that it believed that Trump may have overpaid his taxes in prior tax payments.

A spokesperson for Trump Organization said in a statement Monday that the company was “disappointed that Mazars has chosen to part ways,” while touting the firm’s indication that it had not concluded there were material discrepancies in the statements.

“This confirmation effectively renders the investigations by the DA and AG moot,” the Trump Organization said.

The court that is presiding over Trump’s request to quash James’ subpoenas will hold a hearing on Thursday.