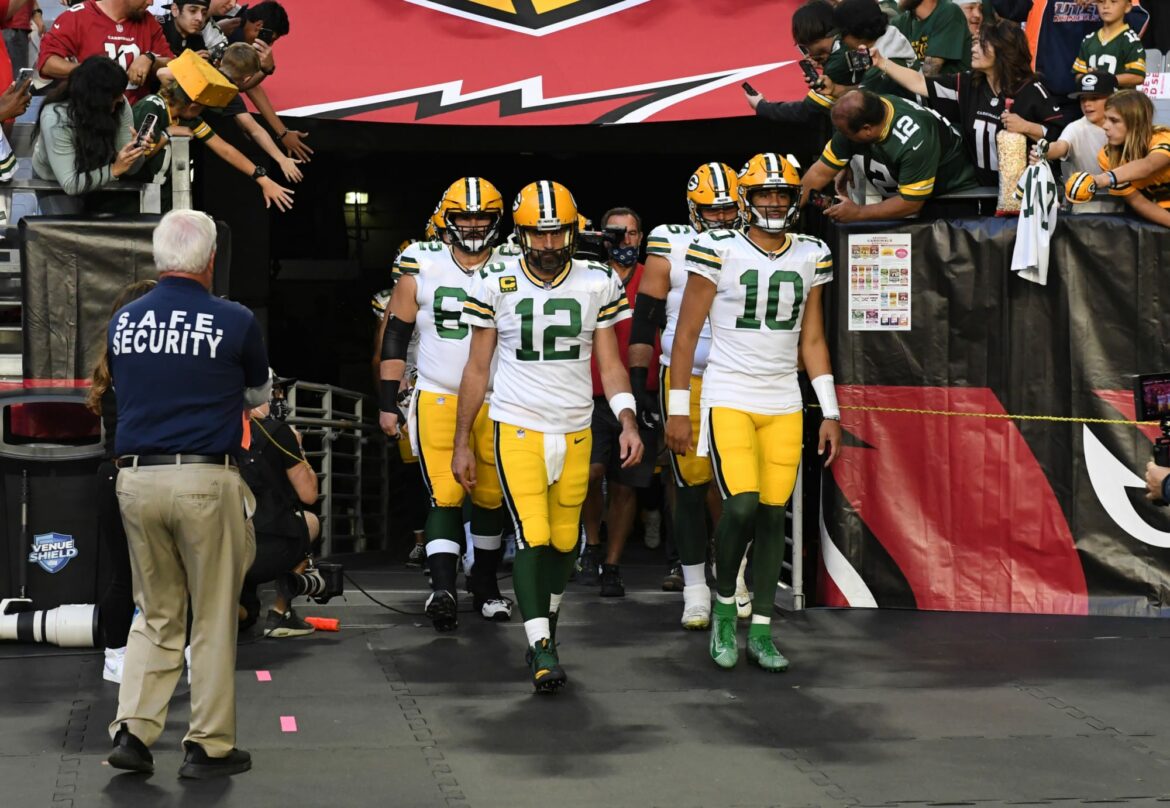 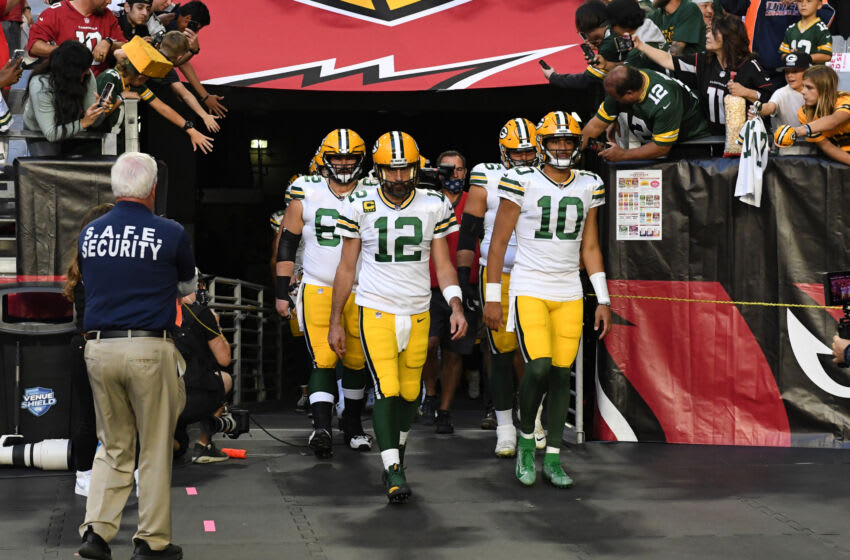 GLENDALE, ARIZONA – OCTOBER 28: Aaron Rodgers #12 and Jordan Love #10 of the Green Bay Packers walk onto the field with their teammates prior to a game against the Arizona Cardinals at State Farm Stadium on October 28, 2021 in Glendale, Arizona. Green Bay won 24-21. (Photo by Norm Hall/Getty Images)

With Aaron Rodgers out after testing positive for COVID-19, when will the Green Bay Packers be able to get their quarterback back on the field?

Green Bay Packers quarterback Aaron Rodgers might be missing a considerable amount of time after testing positive for COVID-19.

Following the positive COVID-19 test, Rodgers has been ruled out for Green Bay’s game against the Kansas City Chiefs, but there’s potentially a chance that he might be out for a little while longer than that.

The NFL’s COVID-19 protocol would require Rodgers to be out until the end of next week, at the earliest.

Green Bay Packers: When will Aaron Rodgers be able to return?

Assuming he stays asymptomatic and that he’s actually unvaccinated, Rodgers will be quarantining for a bit. He’s going to be out for at least 10 days. That means the earliest Green Bay’s star quarterback could return to action would be November 13.

That’s not an ideal situation for the Packers, their fans, or for Rodgers himself, who previously said he was in fact “immunized” against COVID-19.

Right now it looks like the Packers will be without Rodgers for at least their upcoming game against Kansas City, but there’s a chance that he could be out for a little while longer than that, depending on whether or not he develops symptoms.