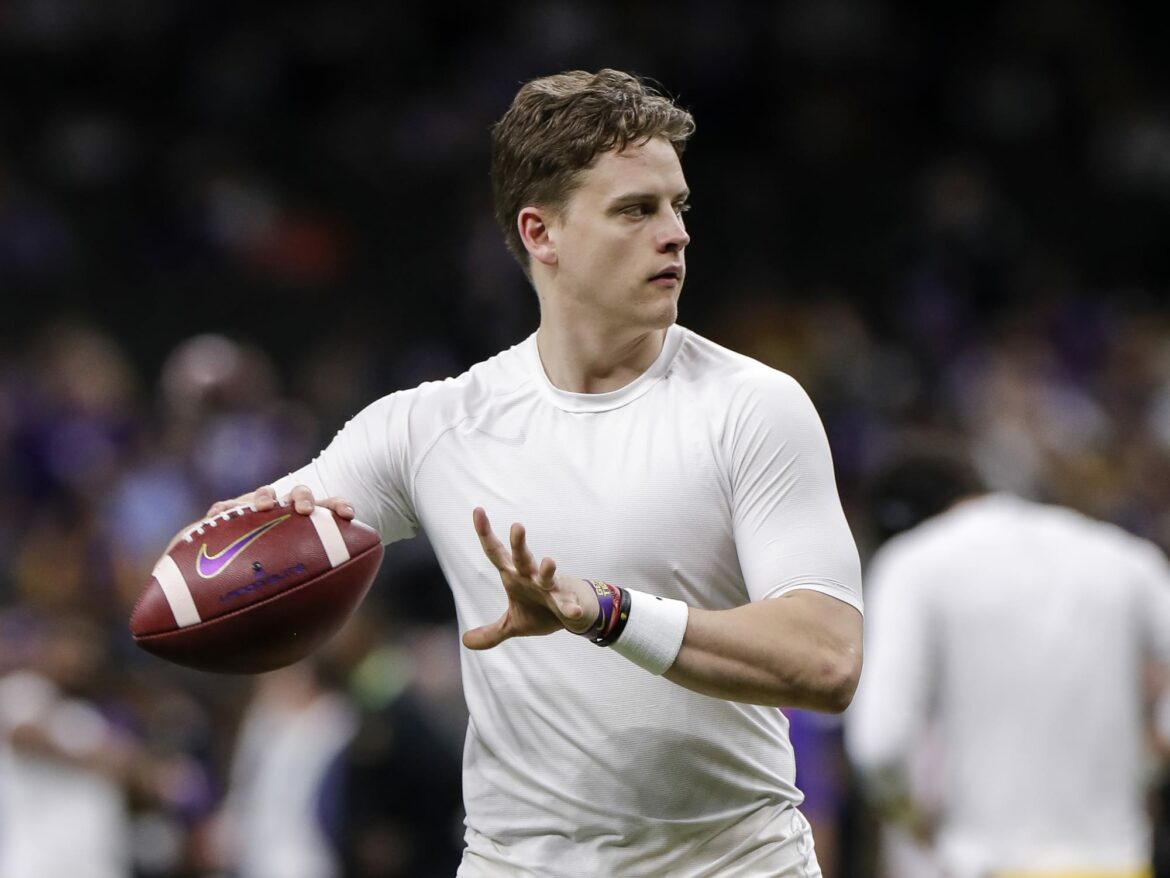 Before Cincinnati Bengals quarterback Joe Burrow was taking his team to the Super Bowl, he boasted an impressive record from college and high school.

Twenty years ago, a Super Bowl underdog defeated the Los Angeles Rams’ “Greatest Show on Turf”, and a dynasty was born.

While it’s difficult to imagine another run quite like the post-millennium Patriots, there are distinct parallels between a young Tom Brady and a young Joe Burrow. Besides borrowing the “Joe Cool” nickname from fellow NFL great Joe Montana, Burrow also shares the distinction of leading his college team to a national championship 42 years after Montana did.

Burrow could join the company of Joe Montana and Tom Brady as young pocket passers who quickly gained Super Bowl acclaim, but like these two greats, Burrow’s path to glory was being set years in advance.

Before Burrow came close to a Super Bowl, he was a part of his own dynasty as a member of the Burrow clan. His father, Jim, was a football player and coach whose career spans 40 years. According to a 2019 Sports Illustrated profile, “the Burrow athletic lineage dates back nearly a century.”

Burrow was born in Ames, Iowa, while his father coached the Iowa State Cyclones. After a move to North Dakota, Jim Burrow accepted the defensive coordinator position at Ohio State, and the Burrow family moved to Athens, Ohio. Joe Burrow attended Athens High School in The Plains, Ohio, from 2011-2014.

Athens High is where Burrow’s illustrious career began, as he rallied the school to three straight playoff appearances and the school’s first seven playoff victories in school history.

In May 2014, Burrow committed to play on his dad’s team at Ohio State. This is where Burrow encountered resistance to receiving opportunities for the starting role. Burrow redshirted as a freshman, then sat behind J.T. Barrett for the 2016 and 2017 seasons. In the ten games he did play at Ohio, Burrow accrued 29 of 39 passes for 287 yards and two touchdowns.

Despite his efficiency, Burrow was still slated to remain a backup in his junior season. When it was clear that Dwayne Haskins would take over the starting role after Barrett, Burrow left Ohio State for LSU in May 2018.

Once again, the efficiency that would distinguish Burrow as an NFL quarterback was on full display. In 2019, Burrow threw for 5,671 yards and 60 touchdowns, but only six interceptions.

What year was Joe Burrow drafted?

After playing college football at Ohio State and LSU, Burrow took his remarkable 2019 resume and declared for the 2020 NFL Draft. Unsurprisingly, he was selected No. 1 overall in the NFL Draft by the Cincinnati Bengals.

Even though Joe Cool 2.0 has seen unique success, he still hasn’t seen his NFL payday — yet. The second-year NFL quarterback has an estimated worth close to $30 million.

In 2020, Burrow signed a four-year, $36 million contract with the Bengals. Burrow has played three years of his four-year contract, and he has a fifth-year option available. No matter what happens in the Super Bowl, Burrow is poised to negotiate for the biggest quarterback contract in NFL history.

Following in the footsteps of NFL players like Rob Gronkowski, Burrow has stated that he “plans to save all of his contract money with the Bengals, and to live instead on income gained through endorsements.”

Leading the Bengals to their first Super Bowl in 34 years, Burrow is likely to be heavily endorsed and compensated for turning around the Cincinnati franchise.