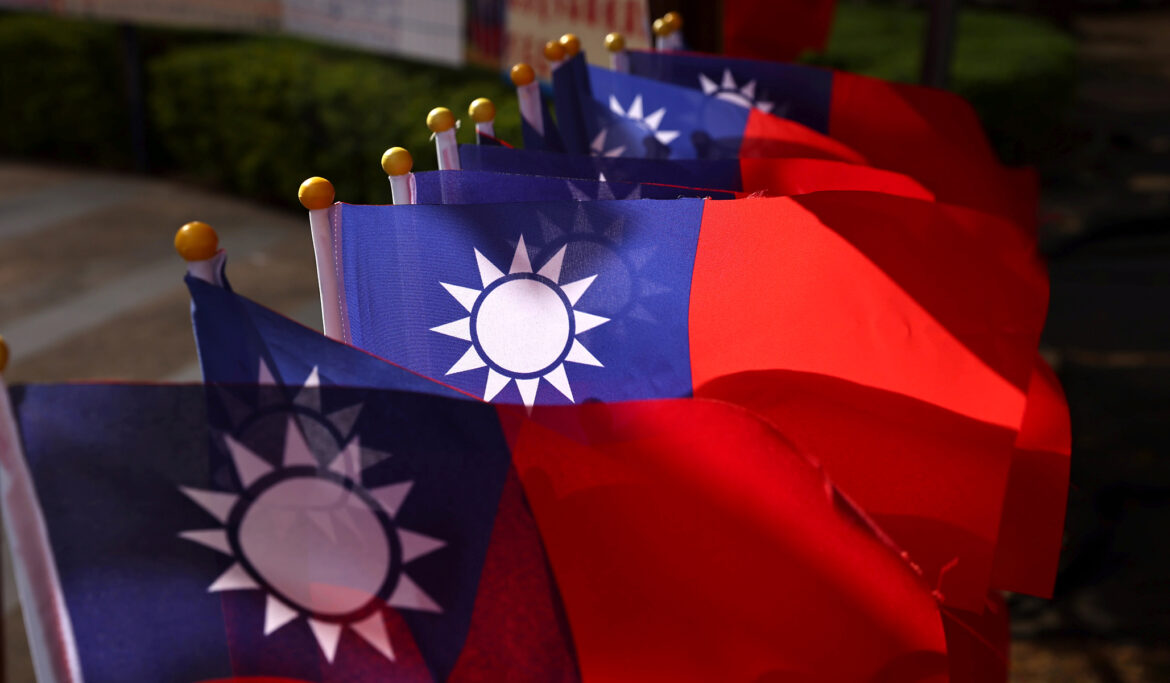 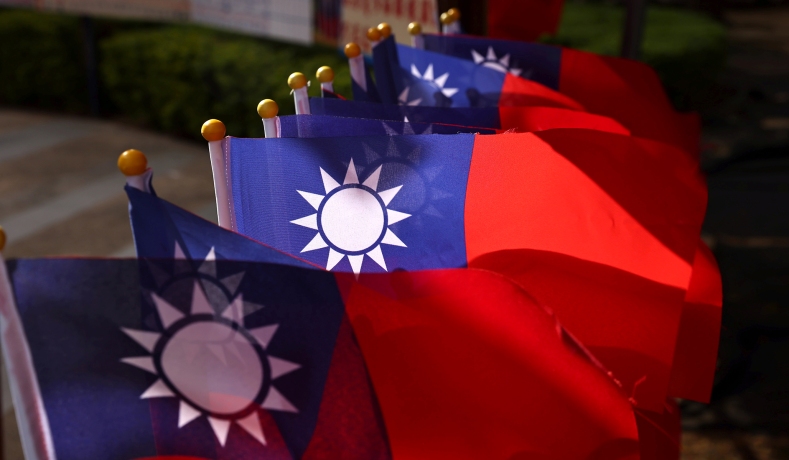 Taiwan flags at a square ahead of the national day celebration in Taoyuan, Taiwan, October 8, 2021. (Ann Wang/Reuters)

The White House cut a video feed of a Taiwanese minister during President Biden’s Summit for Democracy last week after a map in her presentation depicted Taiwan in a different color from China, which officials worried would be at odds with the United States’ “one-China” policy, according to a new report.

Taiwanese digital minister Audrey Tang’s video was cut after it showed the map for about a minute because the White House was concerned that differentiating Taiwan and China on a map in a U.S.-hosted conference could run afoul of Washington’s “one-China” policy, in which the U.S. does not take a position on whether Taiwan is part of China, sources told Reuters.

However, the State Department claimed it was purely “confusion” over screen-sharing and an “honest mistake” that led to the video feed being cut.

The color-coded map, created by South African NGO CIVICUS, ranked the world by openness on civil rights. Taiwan depicted as green, the only regional entity portrayed as “open.” China, Laos, Vietnam and North Korea were depicted as red and labeled “closed.”

After the initial presentation with the map, when the moderator next returned to Tang there was only audio of the minister alongside a screenshot captioned, “Minister Audrey Tang Taiwan.” An onscreen disclaimer added, “Any opinions expressed by individuals on this panel are those of the individual, and do not necessarily reflect the views of the United States government.”

One source reportedly told the outlet that the map unleashed a string of emails among U.S. officials and that the White House National Security Council “angrily contacted” the State Department with concern that the map showed Taiwan as a distinct country. The NSC was also upset the map had not been presented in “dry-run” versions of the presentation ahead of the summit.

Another source told Reuters the video booth operated cut Tang’s video on White House instructions, saying it was “clearly policy concerns” and adding that it was “completely an internal overreaction.”

An NSC spokesman told Reuters the sources’ claims were “inaccurate.”

“At no time did the White House direct that Minister Tang’s video feed be cut,” the spokesman told Reuters, claiming the incident was the result of confusion over screen-sharing.

For her part, Tang told Reuters she did not believe the U.S. cut the video because of the slide.

“No, I do not believe that this has anything to do with the CIVICUS map in my slides, or U.S. allies in Asia for that matter,” she said.

A WHO video conference feed was similarly cut when a journalist asked an official to comment on Taiwan’s impressive response to COVID-19. The official initially said he couldn’t hear the question and eventually dropped off the call when the journalist repeated the question.