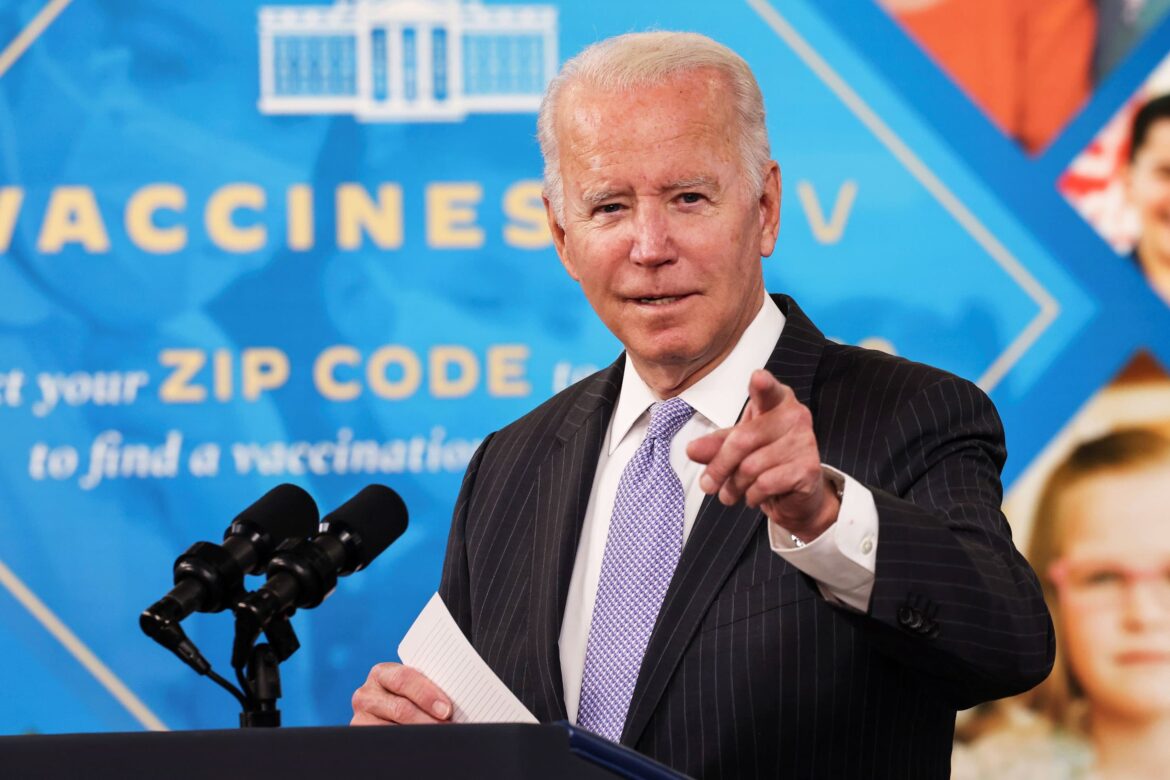 The White House on Monday said businesses should move forward with President Joe Biden’s vaccine and testing requirements for private businesses, despite a federal appeals court ordering a temporary halt to the rules.

“People should not wait,” White House Deputy Press Secretary Karine Jean-Pierre told reporters during a briefing. “They should continue to move forward and make sure they’re getting their workplace vaccinated.”

The U.S. Court of Appeals for the 5th Circuit, considered one of the most conservative appellate courts in the country, halted the requirements Saturday pending review, writing that “the petitions give cause to believe there are grave statutory and constitutional issues with the Mandate.”

The Biden administration has until Monday evening to respond.

The court-ordered pause came a day after the requirements went into effect, starting the countdown for businesses with 100 or more employees to ensure their staff have received the shots required for full vaccination by Jan. 4. After that date, unvaccinated workers must submit a negative Covid-19 test weekly to enter the workplace. All unvaccinated workers must start wearing face masks indoors at their workplaces starting Dec. 5.

The Republican attorneys general in Texas, Louisiana, Mississippi, South Carolina and Utah, as well as several companies, requested the pause. They argue that the requirements exceed the authority of the Occupational Safety and Health Administration, which will enforce the mandates, and amount to an unconstitutional delegation of power to the executive branch by Congress.

Republican attorneys general in at least 26 states have challenged Biden’s vaccine and testing requirements in five different U.S. appeals courts since last Friday. The Republican National Committee said it has also challenged the requirements in the D.C. Court of Appeals.

It’s unclear which court will ultimately decide the case. When multiple petitions are filed in at least two courts, the cases are consolidated in one of those courts through a lottery system. The Justice Department said in a filing Monday that the lottery is expected take place on or around Nov. 16.

David Vladeck, a professor of law at Georgetown University, said there’s a “high probability” that the case will end up before the Supreme Court.

“There are justices on the court who want to rein in the administrative state and this is a case in which those concerns are likely to come to the fore,” Vladeck told CNBC.

OSHA, which polices workplace safety for the Labor Department, developed the vaccine and testing requirements under emergency authority established by Congress. That authority allows the agency to shortcut the process to issue workplace safety standards, which normally takes years.

The Labor Department’s top lawyer, Seema Nanda, said on Friday that the Biden administration is “fully prepared to defend this standard in court.”

Nanda said the law “explicitly gives OSHA the authority to act quickly in an emergency where the agency finds that workers are subjected to a grave danger and a new standard is necessary to protect them.”

OSHA emergency workplace safety standards have a mixed track record in court. Prior to the vaccine requirements, the agency had issued 10 such standards in its 50-year history. Courts halted or overturned four of those standards, and a fifth was partially vacated.

“If that’s not a grave danger, I don’t know what else is,” Jean-Pierre told reporters Monday.