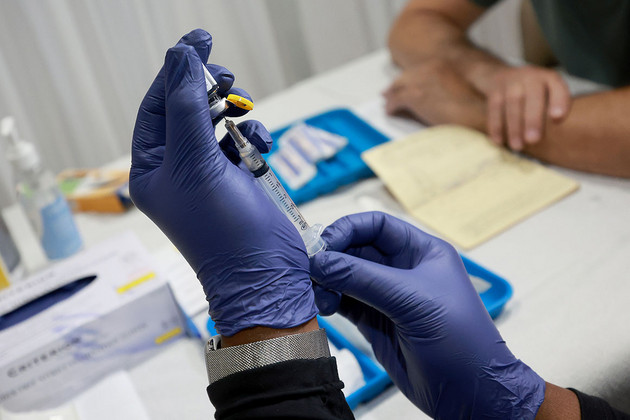 The virus now joins the likes of H1N1, Zika and Covid-19 as a disease declared public health emergencies of international concern.

And while health experts agree that monkeypox is not nearly as threatening to public health as Covid-19, the declaration urges international action and cooperation to fight the virus as case counts go up and governments scramble to find the right vaccines, therapeutics and public messaging to handle the outbreaks.

The designation does not force new actions from countries to handle the virus, but it sounds the alarm to address the threat of the outbreaks — even as Covid-19 and polio remain active international public health emergencies.

“The WHO’s assessment is that the risk of monkeypox is moderate globally except in the European region, where we assess the risk is high,” WHO Director-General Tedros Adhanom Ghebreyesus said in his announcement. “With the tools we have right now, we can stop transmission and bring this outbreak under control.”

The WHO called a meeting a month ago to determine whether monkeypox was a PHEIC, but it decided then that it was not despite some advisers disagreeing with the call. At that time, there were around 3,300 cases globally, with 150 in the U.S.

The WHO’s decision comes despite its emergency committee not being able to reach a consensus about whether the virus constitutes an international health emergency. But the declaration brings a new international urgency on top of the already-hurried efforts to get supplies to handle cases.

“We are in a sort of paradoxical situation with monkeypox,” Piero Olliaro, an Oxford University researcher who advised WHO members on monkeypox research priorities, told POLITICO in an email Wednesday.

Scrambling for vaccines and therapeutics

The U.S. has shipped over 300,000 doses of the vaccine, with millions more on the way — to help fill shortages around in states and cities. And countries have done the same, with European nations ordering well over a million doses earlier this month.

In its initial guidance, the WHO included two other vaccine options for potential use in monkeypox patients.

The third vaccine on the list — ACAM2000 — is available in much larger quantities.

And the scramble for resources extends beyond vaccines to antivirals. Tecovirimat, an orthopox antiviral that shows promise for treating monkeypox, is in relatively short supply around the world. Siga, the small company that makes Tecovirimat, is talking with dozens of countries about ordering the drug — and looks to ramp up its manufacturing capacity.

Declaring monkeypox a public health emergency of international concern likely won’t change what countries are doing to control the virus. Orders for vaccines and therapeutics, along with expanded testing and public messaging, will continue.

Before Saturday’s announcement, U.S. officials were discussing how to elevate their own response, including by declaring a national public health emergency and researching ways to better spread limited doses across a large population.