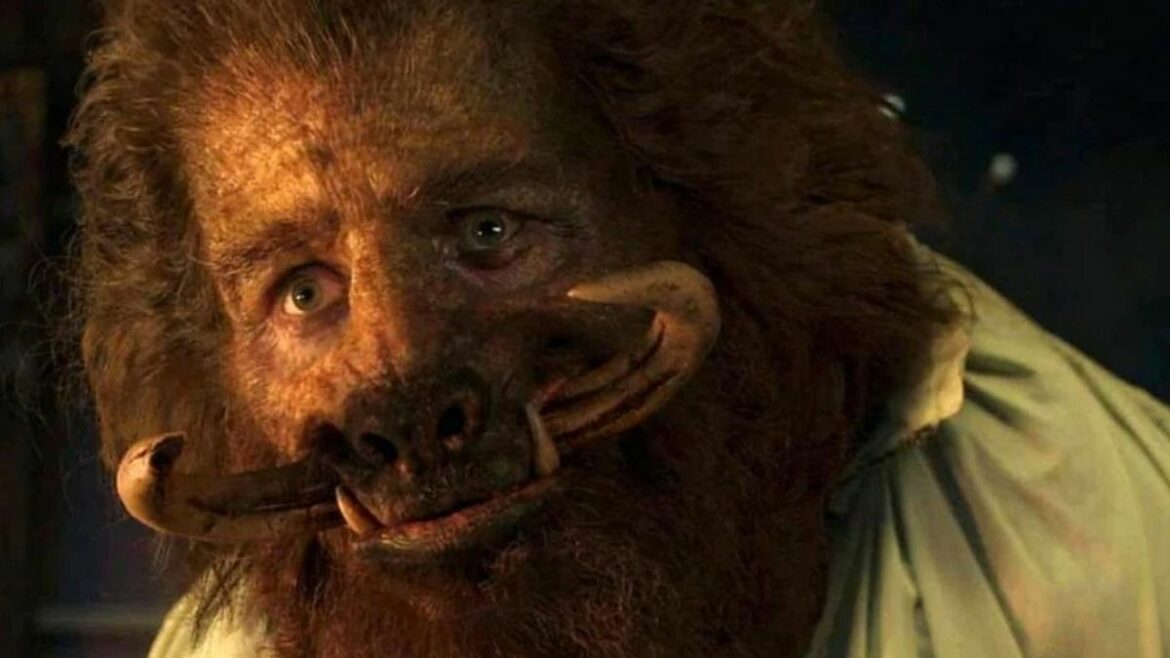 The Witcher fans want to know who exactly is Nivellen in Season 2; well, here’s everything you need to know about the character.

Netflix recently dropped the much-awaited second season of The Witcher, and everyone loved what the show’s new episodes had to offer. The first episode of Season 2 adapts “A Grain of Truth,” a short story written by Andrzej Sapkowski.

The episode kicks off with a family trying to find shelter in a village. However, they fail to find even a single soul in the town, and they soon get butchered by a mysterious monster in the sky.

More: Does The Witcher Season 3 Have an Official Release Date?

After learning about Yennefer, Geralt decides to take Ciri to Kaer Morhen, the only place where the girl would be safe. On their way, Geralt sees the same village where that family was killed, and he finds it strange that there’s no one in the town. So, Geralt decides to meet his old friend, Nivellen.

Who is Nivellen in The Witcher Season 2?

In Andrzej Sapkowski’s short story, Nivellen belonged to a family that made a fortune by leading a gang of highwaymen. And after his father was killed, Nivellen decided to follow in his father’s footsteps to lead the gang in their multiple misdeeds.

In the books, Nivellen robs a temple in Gelibol, and under the influence of mushrooms, he assaults a young priestess. However, before killing herself, the priestess curses Nivellen that he will become a monster for the rest of his life because he really is one from the inside. The priestess also tells a way of lifting the curse, but Nivellen only remembers her saying something about “Love and Blood.”

Nivellen tries to end his life multiple times, but he eventually accepts his fate. Twelve years later, when Geralt and Ciri meet Nivellen, he tells Geralt about his curse. However, in the books, Nivellen doesn’t hide anything from Geralt and tells him that there’s a woman named Vereena living with him. In fact, he tells the Witcher that Vereena is the monster who killed all the villagers.

“The Monster in Monster’s skin” asks Geralt if he should be careful of Vereena. At first, Geralt couldn’t figure out the true nature of Vereena, so he confirms that Nivellen should definitely keep an eye out for himself. However, just as he is about to leave, Geralt finds out that Vereena is a Bruxa and successfully kills her. Before dying at the hands of the Witcher, Vereena tries to take Nivellen’s life. She accepts her genuine love for Nivellen, and seeing Vereena dead on the ground, Nivellen also grieves her death. Surprisingly, Vereena’s death lifts the twelve years old curse from Nivellen.

Who Plays Nivellen in The Witcher?

Interestingly, the Norwegian actor, Kristofer Hivju, plays Nivellen in Episode 1 of The Witcher Season 2. Game of Thrones fans might recognize Kristofer in the episode, as he played the role of Tormund Giantsbane in HBO’s massive series.