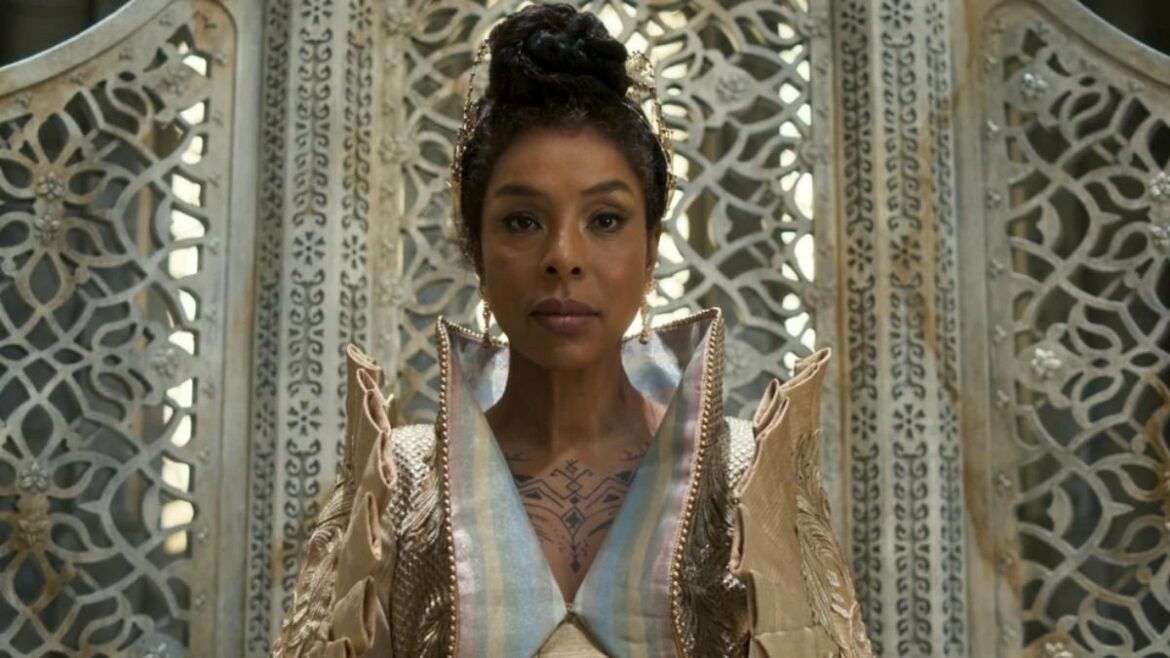 Episode 4 of The Wheel of Time recently dropped on Amazon Prime Video, and after watching the episode, fans wonder who exactly is Siuan Sanche in the latest episode.

The Wheel of Time TV show is based on Robert Jordan’s novel series of the same name. The books and the TV series revolve around Moraine, a Blue Aes Sedai who is on a journey to find the Dragon Reborn.

Warning: This post contains spoilers for The Wheel of Time Tv show and the Novel series.

After traveling the world for about 20 years to find the Dragon, Moraine finally gets back to the White Tower. However, before getting back to the comfort of the great city, Aes Sedai loses a sister to the False Dragon. After that, we see Moraine, Alanna, and Liandrin called upon by Siuan Sanche.

More: Could Nynaeve Be The Dragon Reborn In The Wheel Of Time TV Show?

Who is Siuan Sanche In Amazon’s The Wheel of Time?

In the latest episode of The Wheel of Time, we saw that Siuan Sanche is the Amyrlin Seat, the leader of Aes Sedai. Before getting chosen by the Hall of the Tower, Siuan Sanche belonged to the Blue Aes Sedai, and she was raised along with Moraine. So, it’s no wonder that she has a special connection with the mysterious Blue Aes Sedai.

Both Siuan and Moraine excelled above other sisters in training, so they quickly rose in ranks. Interestingly, because of Siuan’s sharp thinking, she was chosen to be Blue Ajah’s eyes and ears. Everyone in the tower recognized Siuan’s potential, and that’s why Sitters agreed on Siuan taking the Amyrlin Seat after Marith Jaen’s death, who was the Amyrlin Seat before Siuan.

Everything played out according to Moraine’s plan in the show, thanks to Siuan’s support. As of now, no sister suspects that Moraine and Siuan are working together; however, things won’t be that easy for Siuan as we move further in the story.

Apparently, in the books, Siuan was removed from the Amyrlin Seat in a coup, which also gets her first Warder killed. She manages to escape from the imprisonment but loses more than half of her powers in the process.

What are the Powers of Siuan Sanche?

Siuan is considered to be the best when it comes to weaving, which basically means manipulating the five One Power flows, Air, Earth, Fire, Spirit, and Water. On top of that, she has the ability of healing, which she can also manipulate to kill someone by targeting their heart. If that’s not enough, Siuan can also spot life threads around people who are called Ta’veren.

To sum it all up, Siuan Sanche is one of the most powerful sisters in the White Tower; in fact, she surpassed most sisters by completing her training in 6-7 years. Mostly, it takes around 20-30 years for an Aes Sedai to reach her full potential.

Siuan Sanche. A fisherman’s daughter. Later an orphan. She didn’t know how to read or write when she came to the Tower. Now she is the most powerful woman in the world. The Watcher of the Seals. The Flame of Tar Valon. The Amyrlin Seat of the White Tower! pic.twitter.com/YC8Vn0eCwS

Who Plays Siuan Sanche in The Wheel of Time?

In Amazon Prime Video’s The Wheel of Time, Sophie Okonedo plays Siuan Sanche. The English actress is known for her roles in several movies and TV shows, including Hellboy, Doctor Who, Ratched, Christopher Robin, and more.