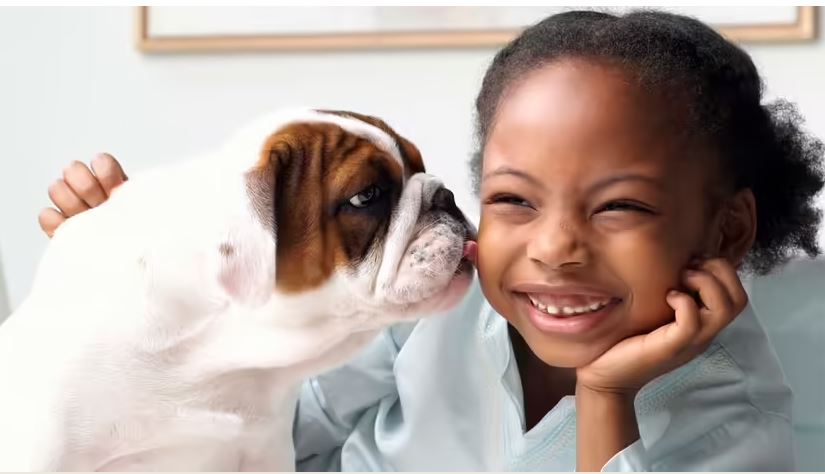 In most cultures, kissing is a sign of affection, or in some cases, just a friendly greeting people give on the cheek. Pet parents like to think of their dog or cat licks as kisses, too.

While not all dogs are big on licking their humans, most dog parents know dog kisses all too well. Some of us look forward to big, wet kisses from our dogs, either as a happy welcome home, or as a sign of their undying adoration.

Human emotions aside, though, what does all that licking mean to your fur baby? Does it mean the same thing as a human kiss? Dr. Stefanie Taylor, a veterinarian with Bullard Animal Hospital in Austell, Georgia, says dogs lick their humans for several reasons including taste, anxiety and yes, even because they like us.

A Matter of Taste

Dogs experience life through their senses of smell and taste. In conjunction with their nose, a dog’s tongue helps them explore and understand the world. So licking people (and things) is akin to how humans learn through touch.

Taylor explains that dogs like salt, which is why Fido might really enjoy licking you after you’ve finished a good workout. But he may also want to lick you after you’ve applied lotion or other body care products.

To us that seems unpalatable, but to your dog it’s less about the actual flavor. Unlike their keen sense of smell, dogs have only around 1,700 taste buds compared to humans, who have roughly 9,000. According to the American Kennel Club that means their sense of taste is about one-sixth as powerful as ours. Taylor points out that the licking could also be because they’re simply after lingering food odors. 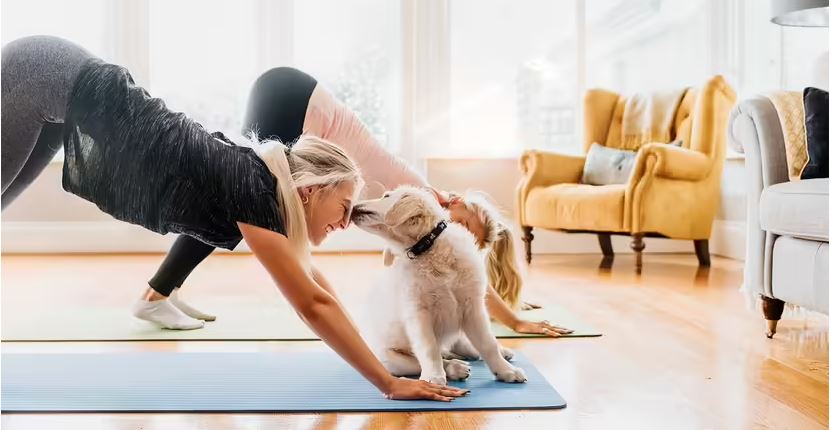 While Taylor says that licking as a grooming method is more of a cat activity, we know female dogs with new puppies groom them to keep them clean. Mothers lick their puppies to encourage them to use the bathroom, too. It’s also how mother dogs and their puppies bond.

As a dog mom, I see my dogs grooming each other, so could they in turn be grooming me? The U.K. Kennel Club says a mother dog’s licking releases dopamine and endorphins in their new pups. It also helps the puppies feel relaxed, calm and happy, and so licking us could be linked to this comfort they felt as puppies. 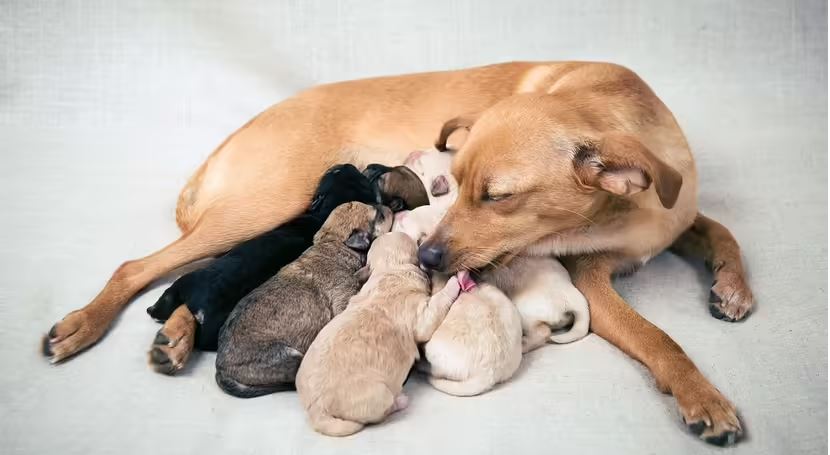 Giving Affection and Getting Attention

OK, for the hopeless romantics and dog lovers — self included — some of the time, those licks really are puppy kisses, and your dog really is showing you affection in return for all the love, food, treats and walks you give. But the licking also could be your dog’s way of getting your attention, too.

If your dog licks you, how do you respond? You probably pet them, right? And they probably lick you more, and you pet them more, etc. Your dog remembers that and is likely to lick you again later if they want your attention again. They’re smart like that.

Dogs also are smart enough to know when you’re sad or upset. A 2018 study by Johns Hopkins University, aptly titled “Timmy’s in the well: Empathy and prosocial helping in dogs,” found that dogs not only sense what their owners are feeling, they’ll also “go through barriers to provide them help.” That could include licking you when you’re feeling down.

When Licking Is a Problem

As we’ve already mentioned, licking is instinctive for dogs, and it’s a way for them to communicate. But not all reasons for licking are positive. Your pup might lick you when they’re nervous, stressed or even anxious. Licking you calms and comforts them — think of yourself as their favorite security blanket.

How do you know when or if you need to stop the licking? Of course, that’s your personal choice, but Taylor suggests you at least avoid licks on or near your mouth. You don’t always know where your dog’s tongue has been, and in addition to all the yucky places you can imagine, their mouths could pass bacteria, like Staphylococcus, E-coli and salmonella to you.

Fetch by WebMD says that although dogs’ tongues contain some antibacterial properties (which cleans their fur), those aren’t antiseptic, which is a common misconception.

Also, the U.K. Kennel Club says some dogs lick a lot, some don’t. But if your dog suddenly starts licking you a lot, that might signal a health issue like an allergy, injury or even arthritis. You should talk to your veterinarian if you notice this type of behavior.

If you want to stop your dog from licking you, Taylor says to use some of the same training methods you would for any other unwanted behavior:

Frankly, I kissed a dog and I liked it.