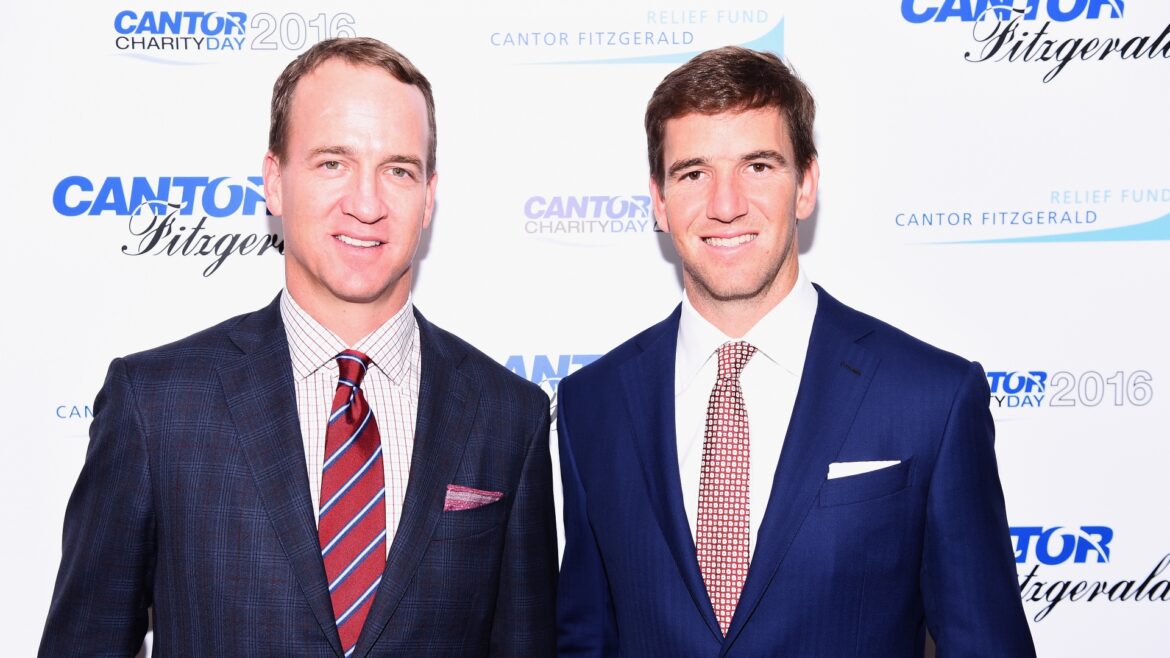 Peyton Manning and Eli Manning have hosted a simulcast on ESPN’s “Monday Night Football” for each of the first three contests of the season. So far, the program has been well received and has matched the description Peyton gave of it in early August.

“It is kind of like you are watching the game at a bar and me and Eli show up and watch the game with you,” Manning said, per ProFootballTalk. “[That] is kind of the theme. We are not going to be in a booth. With my forehead and my neck, I couldn’t fit in a booth. I can fit on my couch at home and Eli can be on his couch. But we are going to watch football.”

“It was just too good of an opportunity — to watch football with your brother, to tell stories, to talk a little football, I am looking forward to it. It is going to be a lot of fun.”

So far, that setup has worked well. The Mannings have provided insight in a casual, informal setting and have provided plenty of insights. They also have brought in guests including Russell Wilson, Rob Gronkowski and Nick Saban.

However, for Week 4, the Manning brothers simulcast will not be in action. Here’s everything you need to know about when the ManningCast will return and why it’s out of action for a bit.

The show has been a hit ratings-wise, and more than doubled its viewership from Week 1 to Week 2. Perhaps that will prompt ESPN to renegotiate the Mannings’ contract to ensure they can host all (or at least most) of the network’s 17 Monday night games as opposed to just over half.

When is the next Manning broadcast on ESPN?

The next Manning broadcast on ESPN will take place during Week 7, as Peyton announced during the Cowboys vs. Eagles game in Week 3.

That means that “Monday Night Football with Peyton and Eli” will be out of action for three weeks. The primary broadcast will be the only option with which to watch the Chargers vs. Raiders, Ravens vs. Colts and Titans vs. Bills in Weeks 4 through 6 respectively.

It’s unclear why ESPN chose to take a three-week hiatus from the show now, but the Manning brothers will be back for the Seahawks vs. Saints game on Oct. 25.

There are 13 regular-season “Monday Night Football” broadcasts remaining in 2021 after the Week 4 meeting between the Chargers and Raiders. In Week 5, viewers will be treated to a clash between the Ravens and Colts, two teams that made the playoffs in 2020.

That will mark the first game since the Raiders-Ravens game in Week 1 that is not a divisional matchup.