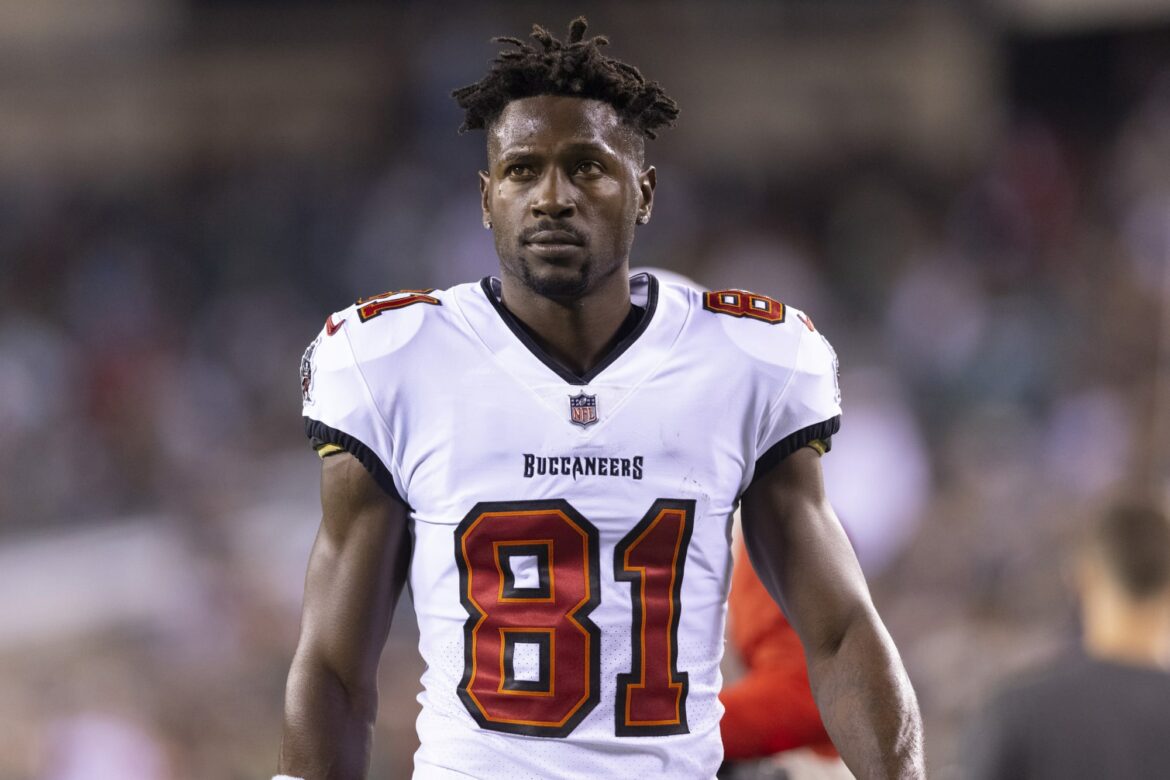 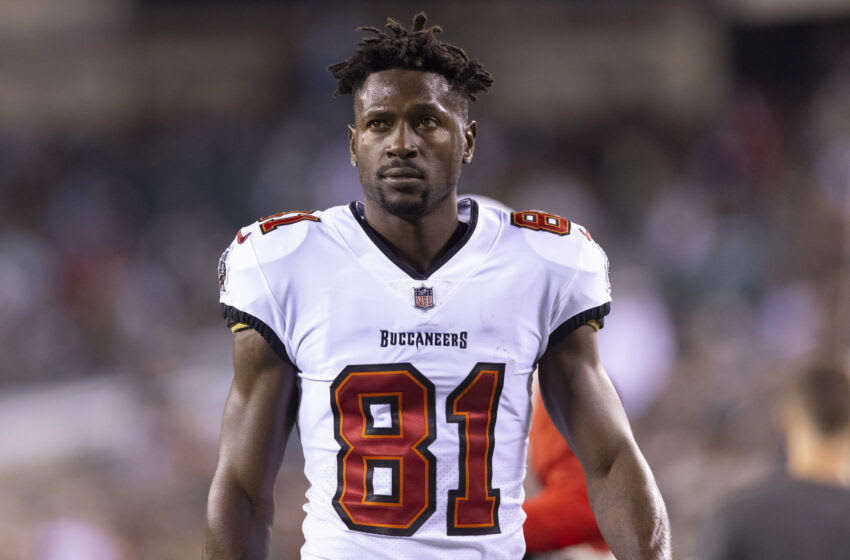 PHILADELPHIA, PA – OCTOBER 14: Antonio Brown #81 of the Tampa Bay Buccaneers looks on prior to the game against the Philadelphia Eagles at Lincoln Financial Field on October 14, 2021 in Philadelphia, Pennsylvania. (Photo by Mitchell Leff/Getty Images)

With the news of Antonio Brown being suspended for his fake COVID card, his future with the Tampa Bay Buccaneers really feels up in the air.

Antonio Brown is making headlines again this week, but for a disappointing reason. The wideout was among the group of Bucs players who were suspended by the NFL for lying about their vaccination status.

As it turns out, Brown indeed presented a fake vaccination card to Tampa Bay before the start of the season. Just when you thought Brown couldn’t pull off any additional ridiculous stunts, he went ahead and did this. Now, it’s unknown if he’ll hit the field with the reigning Super Bowl champs again or not.

According to NFL insider Ian Rapoport, his sources are telling him that Tampa Bay is yet to make a decision on whether or not Brown will return to the field for them or not. Bruce Arians came out and said that the Bucs will address Brown’s status down the road, presumably once his suspension is up.

Brown has missed several games this year due to injury, but when healthy, there’s no question he’s an important piece of the offense for the Bucs. He and Tom Brady have developed strong chemistry from the moment Brown joined the team.

However, Arians clearly isn’t happy about Brown’s suspension and the fact that he lied to everyone by presenting a phony COVID vaccine card. If Arians does welcome back Brown, he’ll of course owe him and his Tampa Bay teammates an apology. For now, we’re going to have to wait and see what’s to come for Brown, but it wouldn’t be a surprise at all if he’s released.