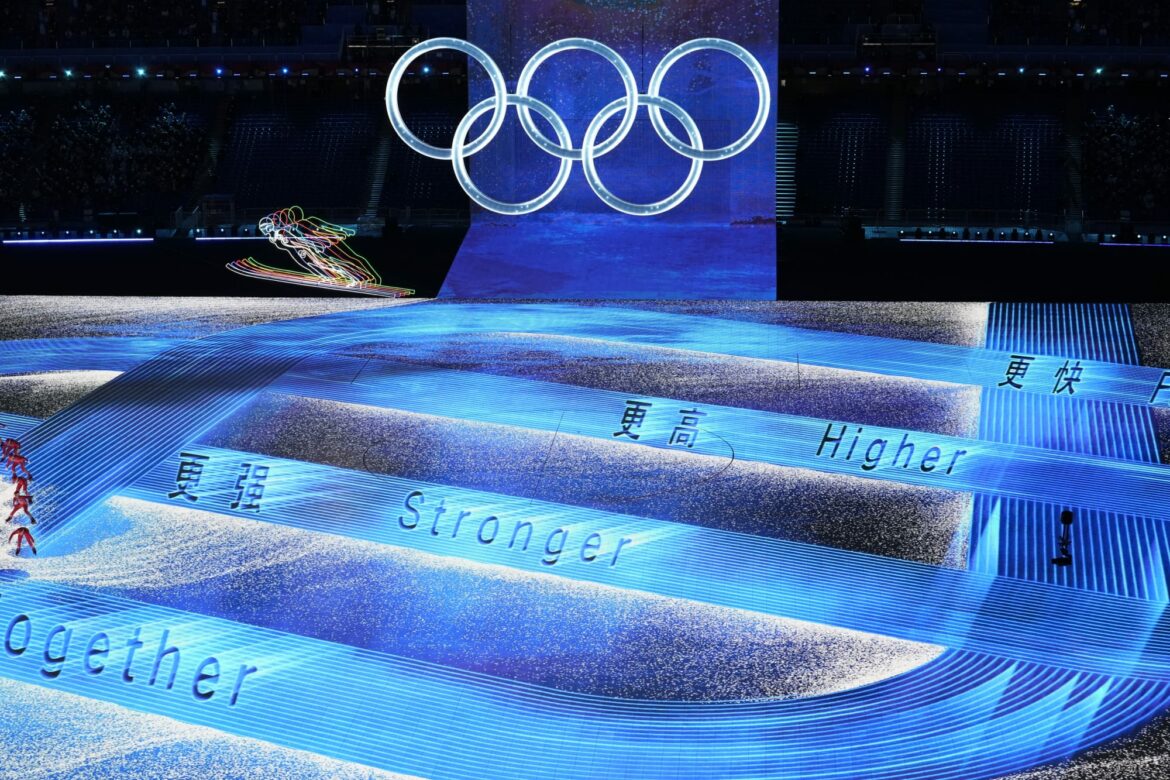 BEIJING, CHINA – FEBRUARY 04: General View inside the stadium as a projection display is seen during the Opening Ceremony of the Beijing 2022 Winter Olympics at the Beijing National Stadium on February 04, 2022 in Beijing, China. (Photo by Fred Lee/Getty Images)

The 2022 Winter Olympics men’s freestyle skiing moguls final is here. Here’s everything you need to keep up and watch it online.

Keeping up with the 2022 Winter Olympics can be tricky.

With the way the scheduling is all laid out, the way time zones work, and the fact that there are so many dang events happening, it can be difficult to know when your favorite event is going to happen.

As for being able to watch it all, well that can also be a little tough to do. But, if you’re interested in tuning in to see the men’s freestyle skiing moguls final, fear not. Everything you could ever need is collected and laid out all right here for your ease and convenience.

The finals are slated to get started at 6:30 a.m. ET on Saturday, February 5. In the United States, that event will be broadcast on USA Network. It can also be streamed via Peacock or on FuboTV.

For a lot of people, watching an event in that particular time slot will require some caffeinated intervention.