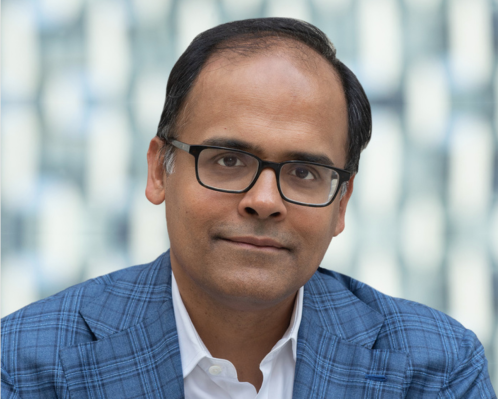 The fund marks the firm’s largest fundraise to date and very notably, its 350 employees, including 36 managing directors, represent the largest investment bloc in the fund. It also brings Insight’s total assets under management to a somewhat jaw-dropping $90 billion.

It’s a far cry from the $700 million that the firm raised back in 2000 for its fifth fund, a time when Insight was known as an East Coast investor that was sweet on ad tech companies. Indeed, Insight, which opened an office in London in 2016, in Israel in 2019, and has begun investing in Asia as well as Latin America, is now among the most powerful investment firms in the industry largely thanks to its global focus on recurring revenue businesses across a variety of industries and stages.

We talked yesterday with one of the firm’s head honchos, Devin Parekh, who joined Insight in 2000 and has since invested in more than 130 investments on Insight’s behalf in enterprise software, data, and consumer internet businesses, including in North America, Europe, India, Israel, China, Africa, Latin America, and Australia.

Because Insight’s senior leadership doesn’t often talk about the firm’s inner workings, he asked him to give us a peek. What follows is a conversation about — among other things — the firm’s investing criteria, its aggressive pacing, and why it is increasingly writing Series A and B checks instead of making later-stage investments. The following has been lightly edited for length and clarity.

TC: First to be clear, Insight is structured as a registered investment advisor.

And is more of your overarching portfolio made up of private held companies — at the time of investment– or public companies, because I see Insight in majority and buyout deals, too. I’d also seen last year that you were separately raising a multi-billion-dollar buyout fund.

All of our flagship funds, really, the vast majority of them are invested in private companies, though obviously sometimes those companies go public. We do have a crossover fund that does invest in public and pre-IPO-type privates. But the fund that we’re talking about today, the main flagship fund, while it has the flexibility to invest in it public companies, it does very little of that other than go-private transactions, which is us taking a public company private, and then holding shares. Obviously, we think there are a lot of interesting opportunities in the public markets right now, but it’s a separate team that manages those investments. Our crossover team is small. It’s sub 10 people.

You have 350 employees, 36 of whom are managing directors. Are many more of these investors or support staff or . . .?

About 100 people are on the [broader] investment team, but actually, our largest group within Insight is our Onsite team. That now has more employees than our investment team.

Is this group akin to the kind of internal agency that Andreessen Horowitz and others have built?

I don’t know that we call it an agency. One of the things that we want to make sure that we don’t dilute is our ability to work with our companies, so we’ve built what we call these centers of excellence. Think of them as every functional area that exists within a software company. We have a team that focuses on sales, marketing, product, pricing, and those teams are driving best practices in those areas. A core part of what we try to offer our portfolio companies is that help. It’s up to them whether they want to use it. They’re not required to use it. But if you were to talk to companies in our portfolio, a high percentage use that team team, which we don’t we don’t charge companies to use. It’s a service that [comes with our capital].

And you expect what for your involvement in a startup? Are you looking to own 20% to 25% of a company?

That’s another area where I think we differentiate ourselves. We’re willing to buy control of companies where they’re not yet profitable. Historically, controlled transactions have been mostly done by buyout funds with lots of cash flow and leverage. Our view is that if you look at our returns over a really long period of time, they really primarily really come from growth, so we believe that if there’s an interesting asset and investors or founders are looking for liquidity, we are totally happy to invest in those companies — take a control position — using all equity.

Are you talking primarily about software-as-a-service companies?

I’d say there’s probably recurring revenue. That’s the bulk of what we’re doing. I think if you look across everything, from Series A to buyout, when we participate across that spectrum, almost almost all those deals are either SaaS or if they are consumer or some other model, they tend to have a very high ROI on some sort of subscription.

What can you share about your cash on cash returns?

We’re not really allowed to talk about you these. One of the downsides of being a registered investment advisory is that you have to be very careful about what you say, though there’s obviously public sites out there like CalPERS where you can go to their site and look up our returns. They won’t have the most up-to-date returns, but you can at least get a sense.

It feels to this observer like your pace has picked up. I’m not catching everything, and I’ve seen 22 deals involving Insight already this month — some of them Series A deals, most of them Series B deals, and a few later-stage deals.

I’d say the pace has not changed, but I think you’ll start to see it a slowdown. Continued volatility in public markets tends to have a lagging impact on late stage valuations, and when late stage valuations get impacted, it starts impacting how people can price earlier rounds as well. There’s so much capital on the sidelines that I don’t expect to see a total stop to investing, but it would not surprise me to see some slowdown over the next three to six months.

Have you changed your mind about any startups Insight was about to fund, or asked for different terms based on what’s happening out there right now?

No. In every market, including when markets are good, you might run into something on diligence that you were not expecting or that hadn’t been disclosed to you or, but no, we’re not. We’re not re-cutting deals based on public market volatility.

And you make these investing decisions how?

I don’t think our process is dramatically different than a lot of other funds out there. We have an investment committee that meets once a week. We typically talk about a deal before we issue [a team] a term sheet, and based on the kind of valuations where we’re comfortable, our deal team will then go try to negotiate. We’d then typically have an exclusivity period during which we would do our due diligence, and that diligence would then get presented back to the investment committee before final approval and funding.

One of the benefits of specialization is we can be pretty efficient and therefore able to get deals closed quickly, which in a competitive market obviously matters.

You say “typically.” Explain how what’s “typical” has changed over the years. I’ve heard some really crazy stories about people being offered term sheets after a 30-minute long phone call. I don’t imagine that Insight plays that game, or does it?

Yeah, that’s not our typical way of how we issue terms sheets. But I think the thing that gets missed in these stories is the work that firms are doing an advance. Let’s assume that there’s a market that we’re really interested in, right? We are studying that market inside out, oftentimes, way before we’re even contacting the company. And we’ve generally identified who we think the two to three market leaders might be and have a thesis on what’s going on in their space. So when we get on the phone with them, maybe it’s an hour call, and maybe it’s an hour call and another follow up call, but we are showing up with a prepared mind.

If you’re issuing somebody a term sheet after a 30-minute meeting in a market you don’t know anything about, that seems gimmicky to me. But if you’re doing it because you’ve studied the market, you know the two or three market making companies and you’ve done outside work to understand the competitive landscape and decided which company or two you’re interested in backing and, by the way, you do north of 100 software company investments a year and have a pretty good sense of what the valuation framework looks like, you can move pretty quickly.

Does it make sense to you when a company’s valuation double or even triples within months as they raise these often preemptive rounds soon after announcing a round? Has something fundamentally changed?

The reality is that oftentimes, it hasn’t, and it’s one of the reasons why we’ve gotten probably more comfortable taking Series A bets. The valuation spread between Series A and Series B rounds can be 3x or 4x or 5x, but the amount of incremental data really isn’t, so you’re still taking a fundamental market bet.

Is it market that you like? Is it a big addressable market? Is it a great management team? If those things are true, maybe you should be prepared to take that bet at a slightly earlier point in time.

We’ve made some bets. We’ve not been super aggressive. We certainly haven’t been as aggressive as Andreessen and a bunch of other firms. I think our view is that it’s definitely an asset class that’s here to stay. We’re not yet sure exactly what the applications are that are likely to scale.