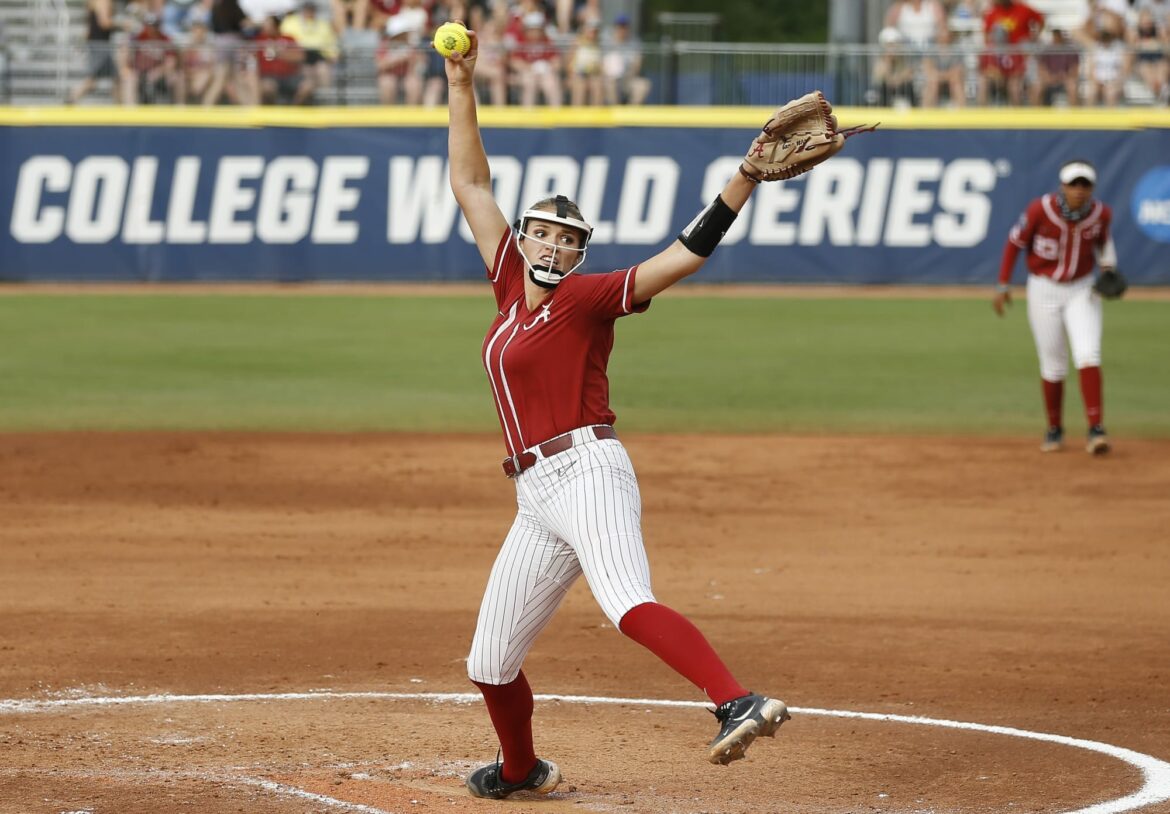 As the 2022 college softball season gets set to start, which teams can we expect to see competing in the 2022 Women’s College World Series?

As the season gets underway, many fans might be wondering as to who could make it to the Women’s College World Series. There are a number of teams with the talent to make it all the way, but there are only eight teams that actually get the right to compete in Oklahoma City.

If you find yourself searching for a team to keep up with this season and want to root for a winner, here are eight teams that could make it all the way to the Women’s College World Series.

The Sooners have a shot to defend their national title. Will they do it? That remains to be seen. Oklahoma is returning a roster that is loaded with stars who can hit home runs off seemingly any given pitch. Jocelyn Alo, Tiare Jennings, and Kinzie Hansen combined to hit 85 home runs in 2021. That’s more than some teams hit as a whole. Expect more of that this year.

In Tuscaloosa, the Alabama Crimson Tide boasts one of the most talented pitchers in the country. Montana Fouts is remarkable and managed to throw a perfect game in the Women’s College World Series a season ago. Fouts struck out 349 batters and maintained a 1.61 ERA. Right behind Fouts sits Lexi Kilfoyl and her 1.62 ERA and 131 strikeouts in 2021.

Oklahoma State has the potential to make the Big 12 interesting. In the circle, Kelly Maxwell was able to hold opposing batters to a .174 batting average as she struck out 147 foes. At the plate, Hayley Busby returns after hitting 19 home runs a season ago. The Cowgirls ended up falling short in Oklahoma City a season ago and they’re looking to go toe-to-toe with their rival this year.

Florida State has some motivation for this season after being so close to winning it all in 2021. The Seminoles were one win away from a championship and that has to haunt them. However, getting Kathryn Sandercock and Danielle Watson to come back after combining for 225 strikeouts has to feel pretty good. This team is talented and has some valuable experience returning this year.

UCLA loses Rachel Garcia, but the Bruins still boast a talented roster heading into 2022. Holly Azevedo and Megan Faraimo are back after striking out 237 batters in 2021. The return of players like Maya Brady and Delanie Wisz, who each hit 14 home runs a season ago, should help out at the plate as well.

The Florida Gators happened to win 45 games in 2021 and were led by some very consistent hitters. Charla Echols, Hannah Adams, and Cheyenne Lindsey are all back after recording at least 50 hits each and having batting averages of at least .327 or better.

If you ask folks in Seattle about last season, many will point out how they believe the Washington Huskies were disrespected going into the NCAA Tournament. This year, Washington has a shot to make a run at things thanks to a pretty talented roster. Baylee Klingler heads into this season after hitting 16 home runs and 53 RBIs and Gabbie Plain returns after striking out 337 batters in 237.1 innings pitched.

The Big 12 will be a ton of fun as the Texas Longhorns also look capable of making it to Oklahoma City. Mary Iakopo is back in Austin after hitting 16 home runs a season ago. In the circle, Shea O’Leary and Ashton Maloney can lead the Longhorns as they combined for 197 strikeouts in 2021.

There are always surprises in any given year and there are a number of other programs that could earn a spot in the Women’s College World Series. Four that could have a real shot at getting to Oklahoma City are as follows:

The Virginia Tech Hokies made a fascinating run through the postseason last year, coming up just one win shy of making it to OKC in 2021. Keely Rochard is back for another season and, after striking out 348 batters a season ago, she’s someone worth watching out for.

Up in the Big Ten, keep tabs on the Michigan Wolverines. Led by two dominant pitchers, Alex Storako and Meghan Beaubien, the Wolverines have the tools to win their conference once again. A season ago, the duo of Storako and Beaubien struck out a combined 472 batters. That sort of combined dominance gives Michigan plenty of flexibility in the NCAA Tournament.

In the SEC sit several really good teams, but the Arkansas Razorbacks and Missouri Tigers are looking to break through in that loaded conference.

As for the Razorbacks, losing Braxton Burnside will hurt, but Arkansas brings back Linnie Malkin and Danielle Gibson, who combined for 33 home runs a season ago. That sort of production at the plate makes Arkansas dangerous.

In Columbia, the Tigers have a well-rounded roster. Focusing in on pitching, the Tigers have Jordan Weber, Megan Schumacher, Laurin Krings, and Emma Nichols all returning. All four are juniors. All four pitched upwards of 66 innings a season ago. All four saw action in 29 or more games in 2021. This group is experienced and gives Missouri some serious options pitching wise.

For more NCAA softball or NCAA baseball news, analysis, opinion and unique coverage by FanSided click the links and bookmark these pages.