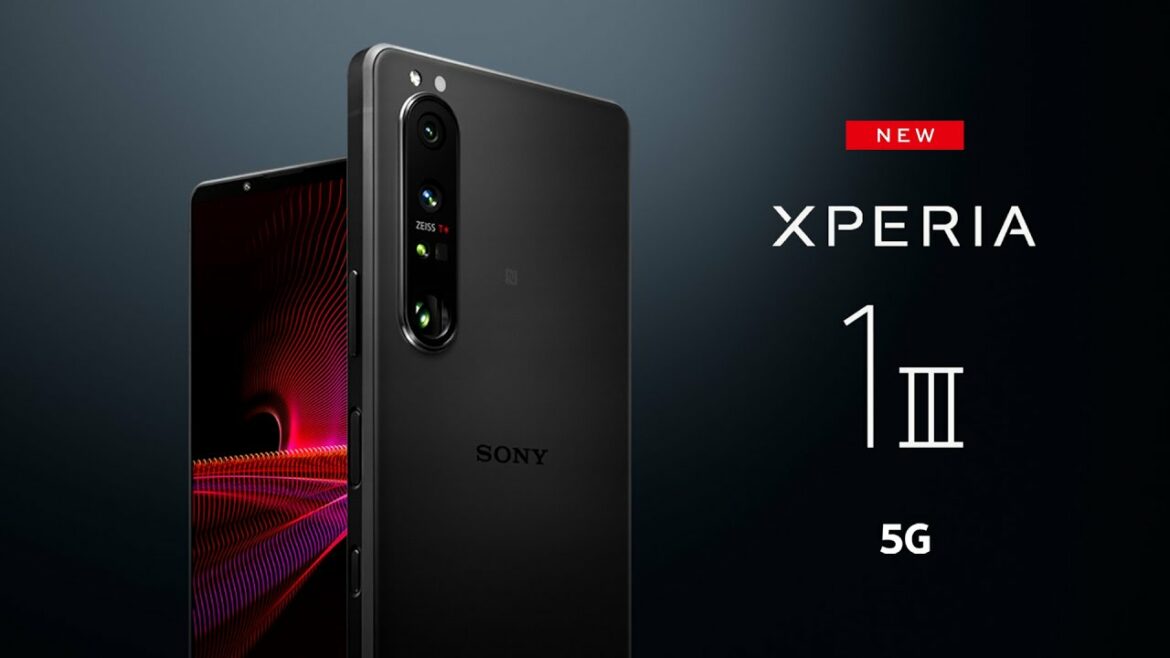 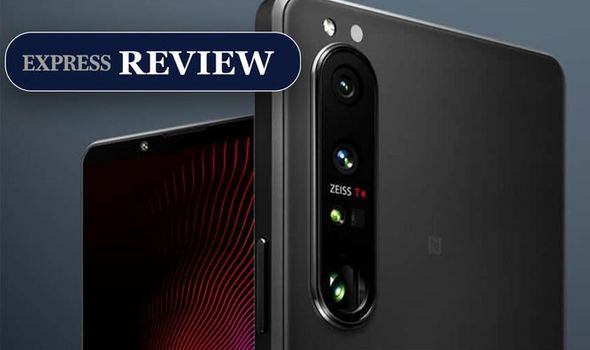 Sony is back with another premium flagship that now offers everything Xperia fans have been asking for. The new Xperia 1 III (pronounced “Xperia one mark three”) arrives in stores next month and will replace the current Xperia 1 II model launched last year. As you can read in our previous review, the Xperia 1 II was easily the best phone Sony has ever made, so can it better it? The simple answer is a resounding “yes!”

Sony’s flagship handset now enjoys a 120Hz refresh rate screen, a faster-charging battery, and a dedicated zoom lens, which were all things we criticised its predecessor for leaving out. However, at over £1,190 …it is also even more expensive than last year’s already costly model and, despite all the shiny new upgrades, that price tag is very hard to ignore.

That said, if you do have three-figures burning a hole in your pocket, then there really is loads to love about the Xperia 1 III.

Firstly, its 6.5-inch OLED screen is an absolute thing of beauty with this display offering users full 4K HDR playback. If you find some compatible content on Netflix, YouTube, or Disney+ you are in for a treat as everything looks crisp and colours are vibrant and rich.

Just like its TVs, there’s also a Creator Mode which makes things on the screen look exactly how Hollywood directors want their images to appear. That means more true to life colours when bingeing on the latest movies. To be honest, we prefer the more punchy visuals when this setting is off but movie buffs will no doubt love watching things just as the film studios intended.

Unlike most of its rivals – who feature fully edge-to-edge displays with a selfie camera that punches through it – Sony has kept two very narrow bezels at the top and bottom of the screen which we don’t actually mind and you hardly notice them when launching a movie or streaming TV shows.

As we mentioned earlier, this screen also features a 120Hz refresh rate which makes scrolling through content silky smooth and totally stutter free. It’s a vital move from Sony as it makes the Xperia 1 III blissful to use and, with that big asking price, it’s something they simply had to include.

So that’s the screen, but what about the other big new feature that bulges out of the rear case?

Sony is making big claims about its latest camera with this snapper now getting a unique zoom lens. Samsung and Huawei have featured these types of lenses for a while but Sony reckons it’s come up with a new concept with the company boasting that this is the world’s first smartphone with a variable telephoto lens paired with a dual PD sensor. 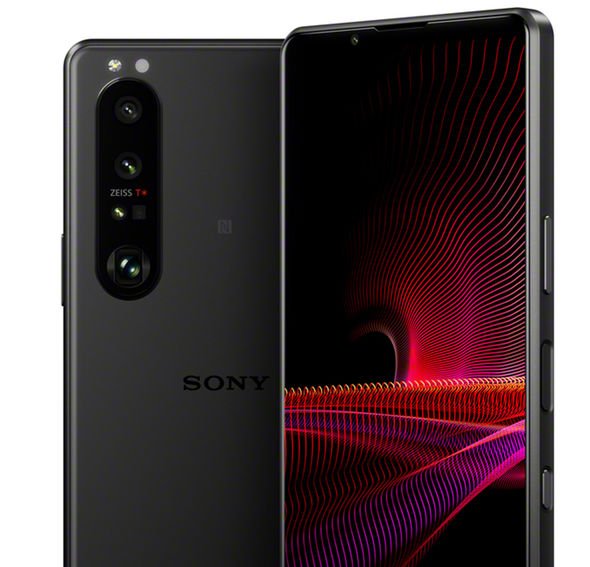 That basically means that Sony can offer this improved zoom functionality, which includes 70mm and 105mm focal lengths, with just one lens rather than packing the rear case with more and more unsightly cameras. The zoom does work well and certainly lets you get closer to action but don’t expect to snap crystal clear images of things that are miles away as there are still big limitations with zoom lenses on smartphones.

Another useful feature coming to the Xperia 1 III is clever Real-time Tracking, which makes sure your subject always stays in focus. This feature really impresses as the almost immediately locks onto whatever you’re shooting so the subject of your image never looks a blurry mess.

Of course, being an Xperia, there are the usual pro settings that allow you to dig into every option you’d find on a Sony Alpha DSLR camera.

For anyone who loves snapping images on a real camera, this is a big bonus of owning the Xperia 1 III as you can tweak everything from ISO, white balance, or manually change the shutter speed.

If that’s not your passion, there are still simpler modes that do all the hard work for you and Sony continues to include the brilliant shutter button on the side of the device, which makes it simple to snap your images.

All in all, the camera on the Xperia 1 III is really good, but we’re not sure it’s any better than the iPhone 12, Pixel 5 or Galaxy S21. Although it offers a dizzying number of manual settings, we ended up with it set to automatic mode for the majority of our snaps – and we’re guessing most users will do the same. If you’re not interested in tinkering with the white balance before every shot, the point-and-shoot images from the Pixel 5 or iPhone will look just as good on your Instagram as the Xperia 1 III.

Frustratingly, there’s no dedicated Night Mode from Sony, which means you’re left to tweak settings rather than letting the device work its magic when the sun goes down.

The next big change on the Xperia 1 III is the inclusion of Qualcomm’s Snapdragon 888 processor, which makes this new flagship fast and supremely powerful. Nothing is going to worry this phone with it breezing through tasks like a hot knife through butter.

One thing that is worth noting is due to the length of time Sony has taken to launch the Xperia 1 III (it was actually announced back in April) Qualcomm has already revealed a new chip called the 888+. That makes this yet-to-be-released Sony Xperia already look outdated, which is not ideal. Especially when you’re charging £1,100.

Battery life is pretty standard. The Xperia 1 III easily lasts a day and Sony has now bundled a faster charger in the box, which refills the power pack at much quicker speeds. In fact, you’ll go from 0 to 50 percent in just 30 minutes – not bad although it’s worth noting there are cheaper rivals capable of much better with their chargers, including most devices from OnePlus which can go from 0 to 100 percent in the same timeframe.

Aside from those new additions, the Xperia 1 III looks very similar to its predecessor with the unique 21:9 screen making the device appear tall and thin. We still like the skinny look and it certainly makes holding it much easier.

Sony has kept the fingerprint scanner on the side, which is fine and it continues to work pretty well although we’d definitely prefer this premier phone to get the latest embedded security sensor that tucks neatly under the screen.

There’s also powerful speakers, enhancements for gamers such as focus settings, and simple screen grab options. Plus, you get that headphone port allowing standard 3.5mm cans to be plugged in without the need for a dongle.

There’s very little wrong with the Xperia 1 III, with Sony fixing all of the niggles we had with its predecessor. That means you get a 120Hz screen, dedicated zoom, faster charging and a better processor.

All of that – plus what made the Xperia 1 series so good until now – means there’s loads to love about this new handset, but we can’t help thinking that most of the premium features contributing to that eye-watering price tag are pretty niche.

Do you really need a 4K display in a phone? Do you really want to start digging into endless camera settings to snap a simple photo on your next beach holiday? Do you own wireless earbuds, or are you desperate to use wired headphones with your next phone?

If you’ve answered “yes” to all of the above questions – and you love all things Xperia – the latest smartphone from Sony really will be the ultimate device for you. However, if you simply want a premium Android phone packed with features and a brilliant camera, there are much better options, including handsets with easier point-and-shoot cameras, one-tap Night mode photography, faster processors and speedier charging… and most of these are more affordable. Not least, the upcoming Sony Xperia 5 III which costs over £300 less than the Xperia 1 III.