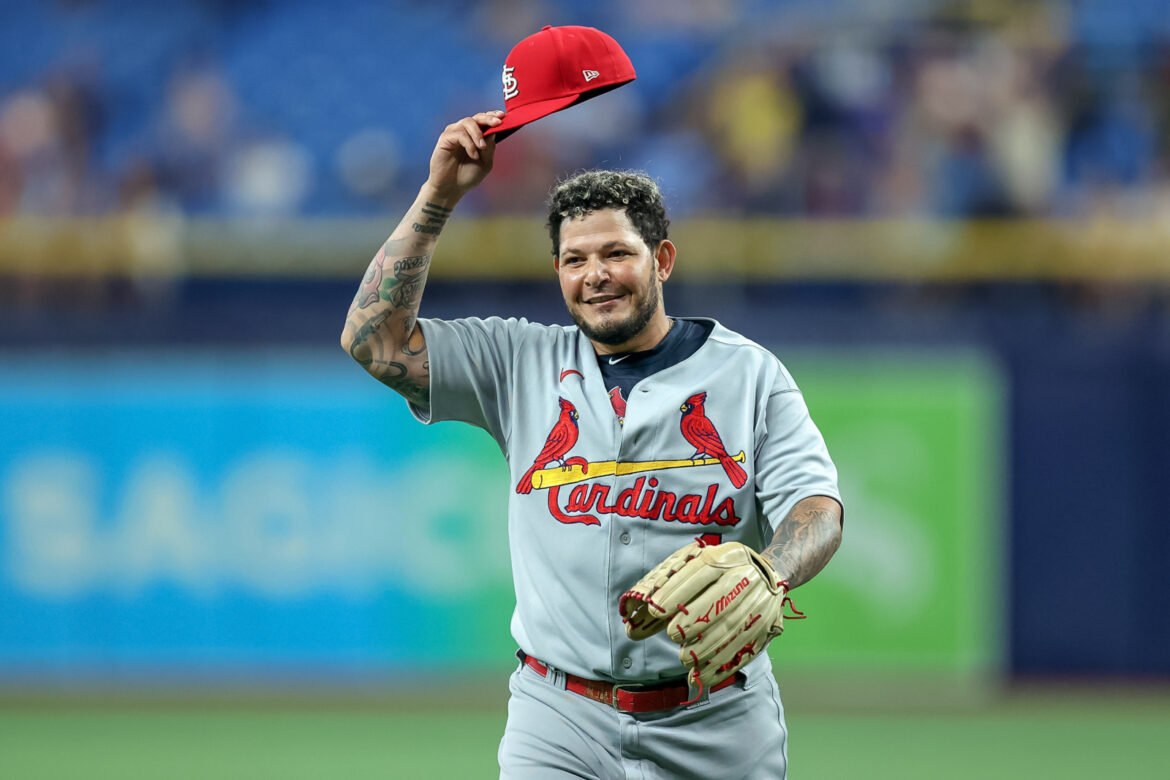 Manager Oliver Marmol called upon none other than catcher Yadier Molina to throw some pitches. In his 19-year career, Molina had never recorded a strikeout. That all changed, as he caused Isaac Paredes on three pitches.

Molina was pumped after he got Paredes to swing at a 76-mph changeup. Albert Pujols was caught on camera smiling, laughing and clapping after watching his longtime Cardinals teammate record his first strikeout from the mound.

As it turns out, Molina was the only St. Louis pitcher not to surrender a run on Wednesday night at Tropicana Field, as Derrick Goold of the St. Louis Post-Dispatch points out.

The only #stlcards pitcher who did not give up a run this evening was … Yadier Molina.#cardinals #MLB

The only #stlcards pitcher who did not give up a run this evening was … Yadier Molina.#cardinals #MLB

With this loss, the Cardinals have officially lost the three-game series. But fans will have the memory of Molina making some history.