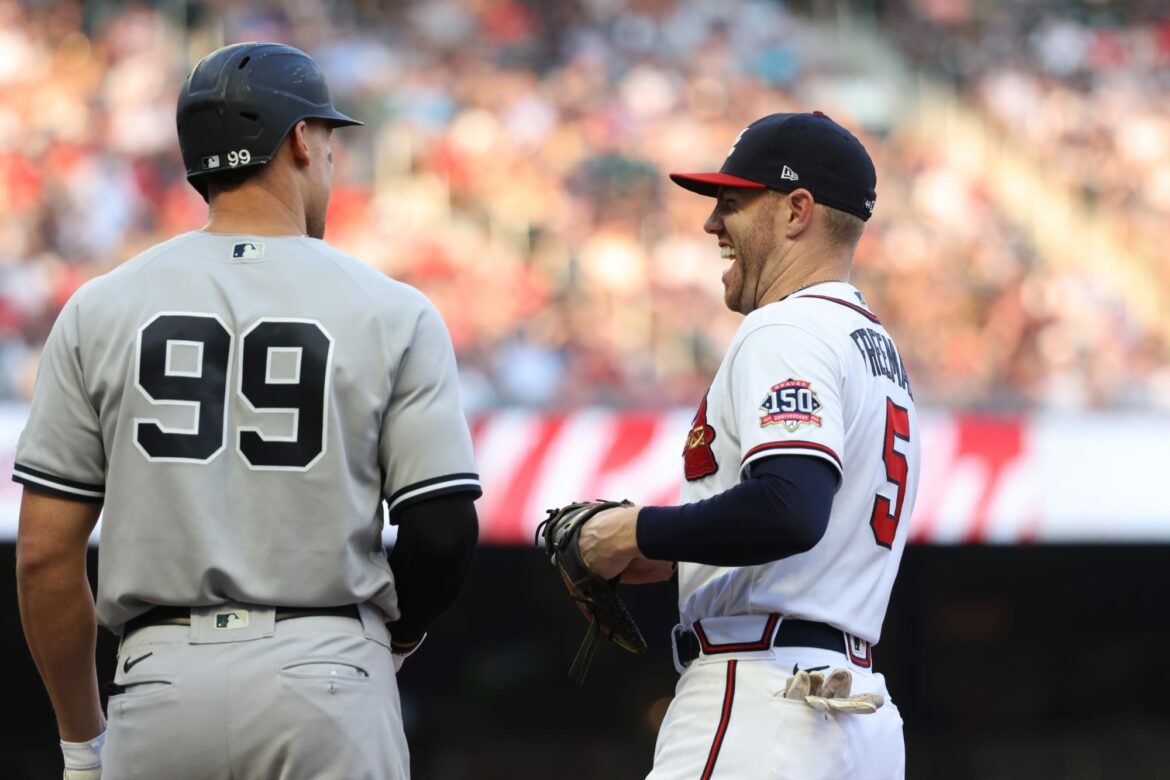 The MLB lockout still has no end in sight but, when it does end, the New York Yankees’ first order of business should be clear.

Speaking on behalf of all baseball fans, now is the winter of our discontent. The MLB lockout has paused the excitement for the coming season. The quest for the New York Yankees to build a roster good enough to add yet another ring to their record books will have to wait.

Once the lockout does end, the Yankees have some big decisions to make. Do they make this an offseason that leaves fans hollering for more? Or does this end up as one of those winters where it’s clear the front office is ready to book a parade in autumn?

The Yankees have some work to do. When the lockout ends, the first move they need to do is to steal Freddie Freeman from the Atlanta Braves.

Rumors about Freeman and the Yankees heated up over the weekend despite neither party being able to do anything about it. With Atlanta already weighing some other options for them at first base next season, rumor has it that there should be a quick resolution once the lockout does end. Either the Braves find a new first baseman, Freeman signs with a new team, or the two come to terms on a brand new contract.

Freeman has all of the signs of a “missing piece” the Yankees have been searching for. The offseason began with the club’s greatest need being at the shortstop spot. However, with a prospect like Anthony Volpe only about a year away from making his impact on the major league roster, signing a player like Carlos Correa doesn’t seem so wise when we factor in the cost.

Correa could rake in over $300 million in whatever contract he gets this winter. Even if it’s far lesser, we should expect a $200+ million payday coming his way.

The Yankees shouldn’t be frugal about these kinds of things but we know even the biggest of spenders in this game will find an excuse.

Meanwhile, Freeman should cost less if only because of his age and the total number of years his next contract should be worth. As a first baseman instead of a shortstop, there’s yet another factor as to why this would cost the Yankees less overall. They have the ability to pivot elsewhere for the shortstop position, possibly renting a guy like Jose Iglesias or Jonathan Villar for a season. The drop from Correa to them is big but thinking long-term, the Yankees appear to have an answer at the former home of Derek Jeter.

A Yankees lineup with Freeman, Aaron Judge, Giancarlo Stanton, and Joey Gallo in it has the potential to do serious damage. Freeman’s left-handed bat adds more balance, too.

So when the two sides come to an agreement and the lockout ends, it’s essential for the Yankees to bring Freeman to town.