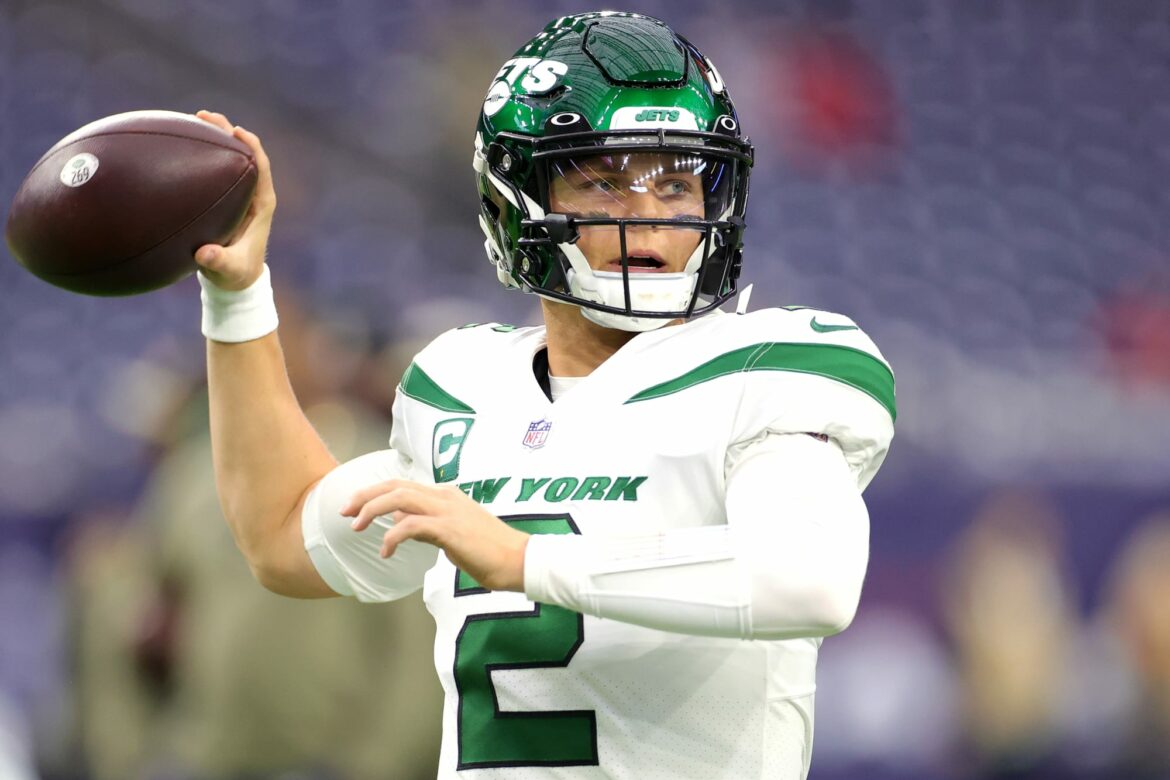 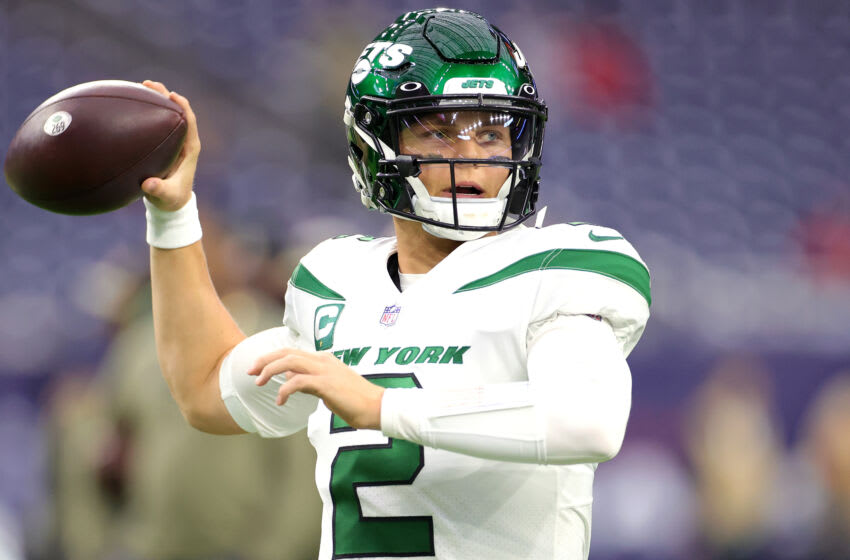 HOUSTON, TEXAS – NOVEMBER 28: Zach Wilson #2 of the New York Jets warms up before the game against the Houston Texans at NRG Stadium on November 28, 2021 in Houston, Texas. (Photo by Carmen Mandato/Getty Images)

Why are the Colts helmets missing the horseshoe logo this week? by Braulio Perez

Zach Wilson is back starting for the New York Jets, but things aren’t going to well for him going up against the Houston Texans.

Things really just keep getting worse and worse for quarterback Zach Wilson during his rookie campaign. After missing action due to injury, Wilson is back starting for New York on Sunday going up against the Houston Texans.

In the first half, though, Wilson has missed on some easy throws and he just tossed a truly embarrassing interception. Seriously, what in the world was he thinking on this toss?

That’s simply inexcusable from Wilson. On 3rd-and-17, the signal-caller looked like he was going to run up the field, but instead he tried a shovel pass to his running back, who wasn’t even looking for the ball. After a deflection, the pass was indeed picked.

It was yet another rookie mistake here by Wilson, which Jets fans have seen too many of this fall. When New York went out and used a first-round pick on Wilson, folks in East Rutherford were hopeful that Wilson could be a true superstar QB for this team.

Instead, few can argue that he’s one of the worst starters in the game right now, if not the worst. While it’s still his first year, Wilson has countless folks already labeling him a bust. His interception against Houston isn’t going to quiet down people from calling him that consistently.