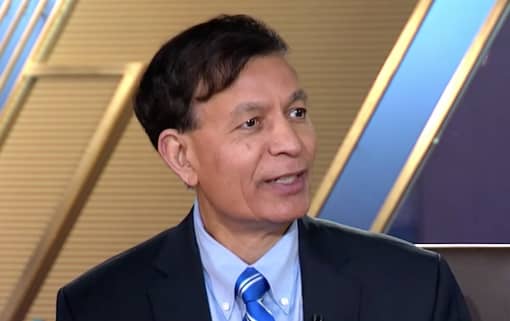 Cybersecurity software maker Zscaler saw its stock fall as much as 18% on Thursday after the company issued quarterly earnings guidance that was slightly less than analysts had predicted.

The move more than erased a 10% gain during regular trading, as cybersecurity stocks traded higher on fears of cyberattacks related to the Russia-Ukraine conflict, and as the overall market staged a late-day rally after an early plunge.

Here’s how the company did:

Zscaler said revenue rose almost 63% in the quarter, which ended Jan. 31, according to a statement. It was the fastest growth the company had achieved in three years, CEO Jay Chaudhry said in the statement. But it reported a $100.4 million net loss, which widened from $67.5 million the year-ago quarter.

Existing customers are spending more on Zscaler products. “Once we engage, we win almost every time,” Chaudhry said on a conference call with analysts.

At the same time, new customers are coming aboard — the company added more than 560 customers paying over $100,000 annually in the past 12 months, Remo Canessa, the company’s finance chief, said on the call. Part of the growth is coming from purchases of Zscaler software through Amazon and Microsoft’s cloud marketplaces, Chaudhry said.

For the year, notwithstanding the after-hours move, Zscaler is down 18%, compared with a 10% pullback in the S&P 500 index.