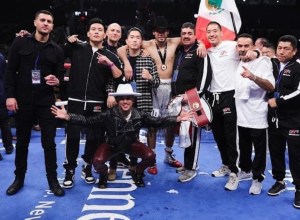 The Mexican stood up to fight the Cuban and both put on a good show in the main event of the Golden Boy Promotions. This victory positions Ramirez as the mandatory challenger of the category and his intention is to get a new world title in his career.

It was a fight in which there were good exchanges and in which Ramirez found a tough opponent who responded to each of his attacks as the rounds went by. The 30-year-old fighter knew how to get the better of his opponent and impose his combinations to undermine the West Indian’s humanity and finally demolish him in the tenth round.

The undefeated fighter now has 43 wins, 29 of them by knockout, while Gonzalez dropped to 21 wins, 4 setbacks and 17 knockouts.