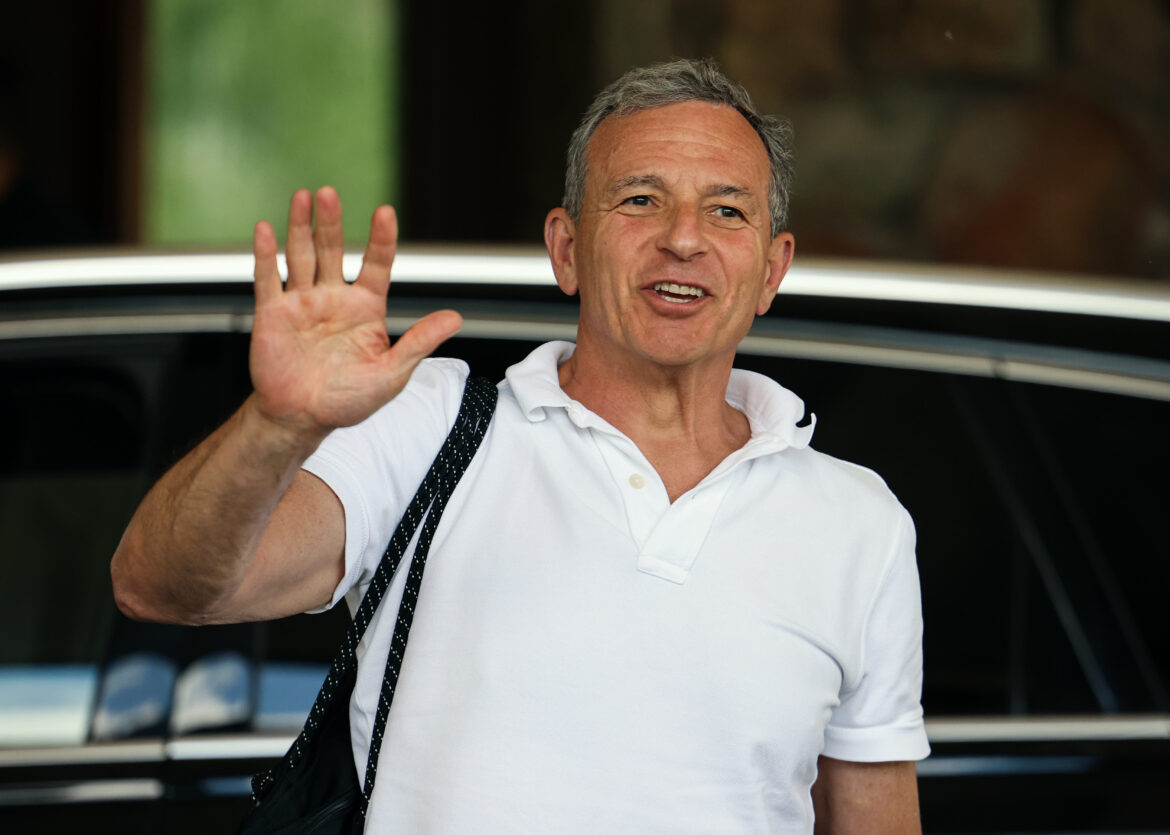 New year prediction pieces are a journalism standard. But instead of giving my own projections, I asked 10 media executives, the promise of anonymity, to give me their best guesses on what’s going to happen in 2022.

The rules were simple: The prediction could be anything related to the media and entertainment business, but it had to be significant and couldn’t be obvious.

Here’s what they told me.

I’ll revisit the predictions at this time next year to see how they turned out, and then poll 10 new executives for their 2023 predictions.

Roku has been beefing up its original content in the Roku Channel, buying Quibi’s content library and “This Old House” in 2021. Founder and CEO Anthony Wood told CNBC in June he’s devoting most of his time charting out a content strategy for the company.

“This reminds me so much of Netflix in its early days,” media analyst Michael Nathanson told CNBC earlier this year. “I used to interview [Netflix Co-CEO] Ted Sarandos at conferences 10 years ago, and he’d say, ‘Oh, we’re happy with just one or two original shows.’ Meanwhile, they’d be laddering up into better content.”

Lionsgate has already signaled to the investment world it plans to either spin off or sell Starz, the premium streaming service and cable network it owns. That would leave the rest of the company — Lionsgate’s film and TV production studio — primed to find a buyer as well.

While traditional content companies such as Comcast‘s NBCUniversal, ViacomCBS, Netflix and Disney are all looking to add more content to their streaming services, Roku is a wild-card buyer that has the market valuation — nearly $30 billion — to make a move.

Still, Roku shares have fallen by more than 50% since reaching an all-time high in late July. Buying Lionsgate’s studio may get investors to take its content ambitions more seriously.

It hasn’t even been two years since Bob Chapek took over as Disney’s CEO. But one executive told CNBC there are already internal wagers at Disney about Iger returning.

Iger, 70, repeatedly extended his contract after planning to retire in 2015, 2016 and 2018 before abruptly stepping down in 2020. He’s still Disney’s executive chairman until the end of the year.

It’s unclear if Iger wants to return. He’s already working on a second book, according to The Hollywood Reporter, after publishing one in 2019.

But Disney shares have stumbled this year, down nearly 20% year to date. Iger owns a lot of those shares. The board and Iger may get restless if Disney+ growth stagnates and the company continues to have turf tensions between executives.

Two votes for this one.

“I love Shari [Redstone], but ViacomCBS is not long for this world as it stands today,” said one of two media executives who predicted 2022 will be the year ViacomCBS ceases to exist as an independent company.

Comcast has already held preliminary talks with Redstone, the controlling shareholder and nonexecutive chair of the company, earlier this year to discuss a variety of ways to work together. A merger of NBCUniversal and ViacomCBS would be messy from a regulatory standpoint, likely requiring a divestiture of either NBC or CBS and their associated local affiliates.

Over the past two years, Redstone has internally contemplated other alternatives, such as buying Lionsgate’s Starz and merging with Sony Pictures Entertainment, according to people familiar with the matter. A deal with Warner Bros. Discovery, if that merger closes, makes sense. But so far, ViacomCBS’s messaging to Wall Street has been that it’s content to move forward as is.

It was back in 2015 when billionaire media mogul John Malone coined the term “free radicals” to define pure-play content companies that don’t have the scale to compete for top-notch movies and TV shows against media behemoths such as Netflix, Disney, Amazon and Apple.

Some of those free radicals have already consolidated. Viacom and CBS have merged. WarnerMedia and Discovery agreed to merge. Amazon is awaiting regulatory approval to buy MGM Studios.

But others, such as Lionsgate, AMC Networks and Fox, continue to exist. This executive predicts none will be solo after 2022, either selling to larger competitors or merging with each other.

Vox’s choice to merge with Group Nine sets itself as the next logical digital media candidate to go public after BuzzFeed. It just so happens that Group Nine has already established a SPAC that could be used by the company to go public, in conjunction with merging with another digital media player to gain more scale.

If SPACs remain tainted from an investment perspective, this executive said Vox could also pursue a standard IPO. The timing could be similar to BuzzFeed’s this year — an announcement of an IPO in late June and a public launch at the end of 2022, the executive said.

Apple’s streaming video ambitions have been muted, given the company’s enormous size. “Ted Lasso” is a hit for Apple TV+, but the service has operated largely on the periphery of the streaming wars.

That’s likely to change, said this executive, in 2022, and it will be driven by the acquisition of a content studio. A fresh team of people who can create hit shows won’t just make Apple a more serious player churning out original content. It will also give Apple a library of TV and movie shows it can offer to customers. That’s something Apple doesn’t own yet, but it’s probably essential to serious long-term streaming ambitions.

Another pillar of the streaming wars that tends to get ignored is the world of free advertising-supported services, highlighted by Fox’s Tubi, ViacomCBS’s Pluto TV, Amazon’s IMDb TV, and Sinclair Broadcast Group‘s STIRR. Smart TV operating systems also offer free streaming networks, such as Samsung TV Plus and the Roku Channel.

This executive predicted free-streaming TV will have surging growth in 2022 but will also consolidate. Too many of these services are offering essentially the same thing — a bundled offering of free networks with a lot of old movies and TV shows and syndicated programming.

A rollup of several of these services is likely in 2022, according to Executive No. 10.

WATCH: Streaming wars winner will be one with the most mass hits, says ViacomCBS executive