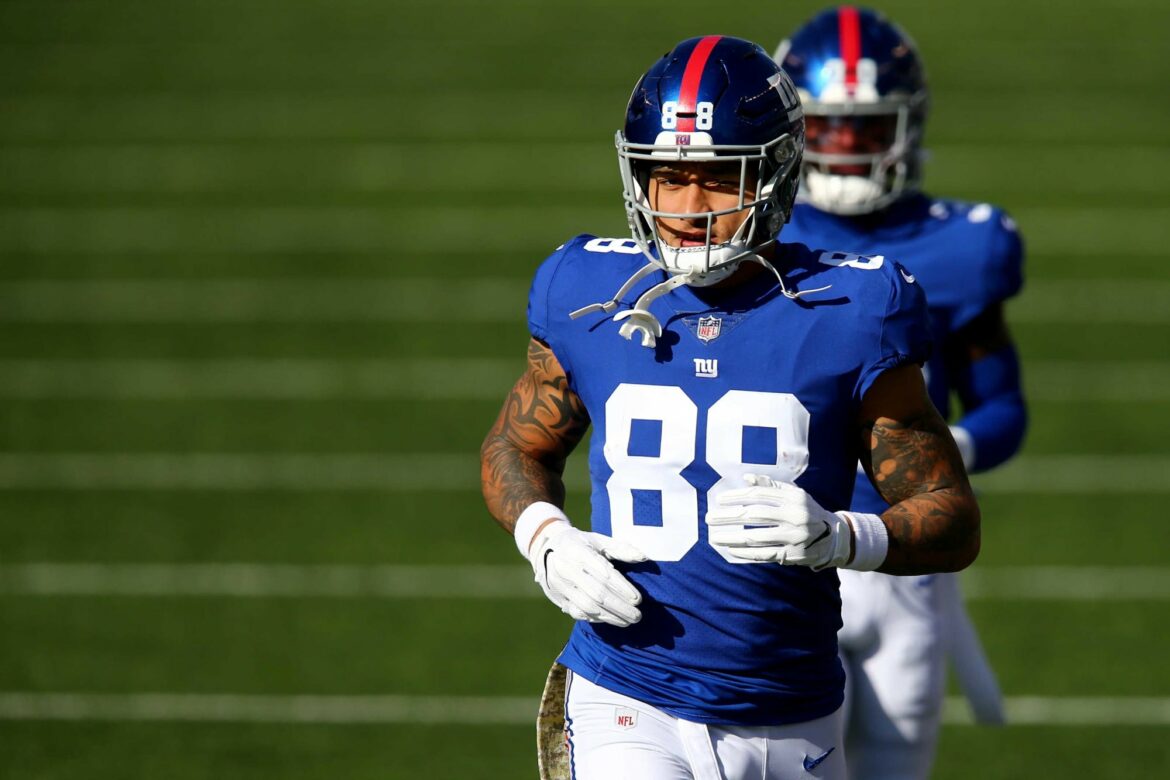 Evan Engram’s status is still up in the air. He is questionable, right now, but there is optimism that he could be available:

Much more optimistic about TE Evan Engram (calf) making his season debut this week vs. Atlanta. Engram was moving well during the early portion of practice #giants #falcons

If Engram does play, he will have a fantastic matchup against the Falcons’ defense. The Falcons have allowed the second-most fantasy points to opposing tight ends this season.

Last season, Engram was the fourth-most targeted tight end in the NFL trailing only Travis Kelce, Darren Waller, and Logan Thomas. In addition, wide receiver Kenny Golladay is questionable with a hamstring injury. All signs seem to be pointing towards a big game for Engram.

The Giants will play on Sunday morning. Engram’s status should be monitored up until kickoff.

Hayden Hurst has had a quiet start to the season. In Week 1, he had four receptions for 28 yards. Last week, he caught his only target for six yards.

However, he could be lined up for a breakout performance this week against the New York Giants. The Giants have given up the fifth-most fantasy points to opposing tight ends this season.

Kyle Pitts is, without a doubt, the Falcons’ primary tight end. Still, the Falcons utilized both Pitts and Hurst in Week 1.

Now, wide receiver Russell Gage is dealing with an ankle injury, and he could miss Sunday’s game. Gage was targeted seven times last week, so if he is out, Hurst could take on an expanded role.