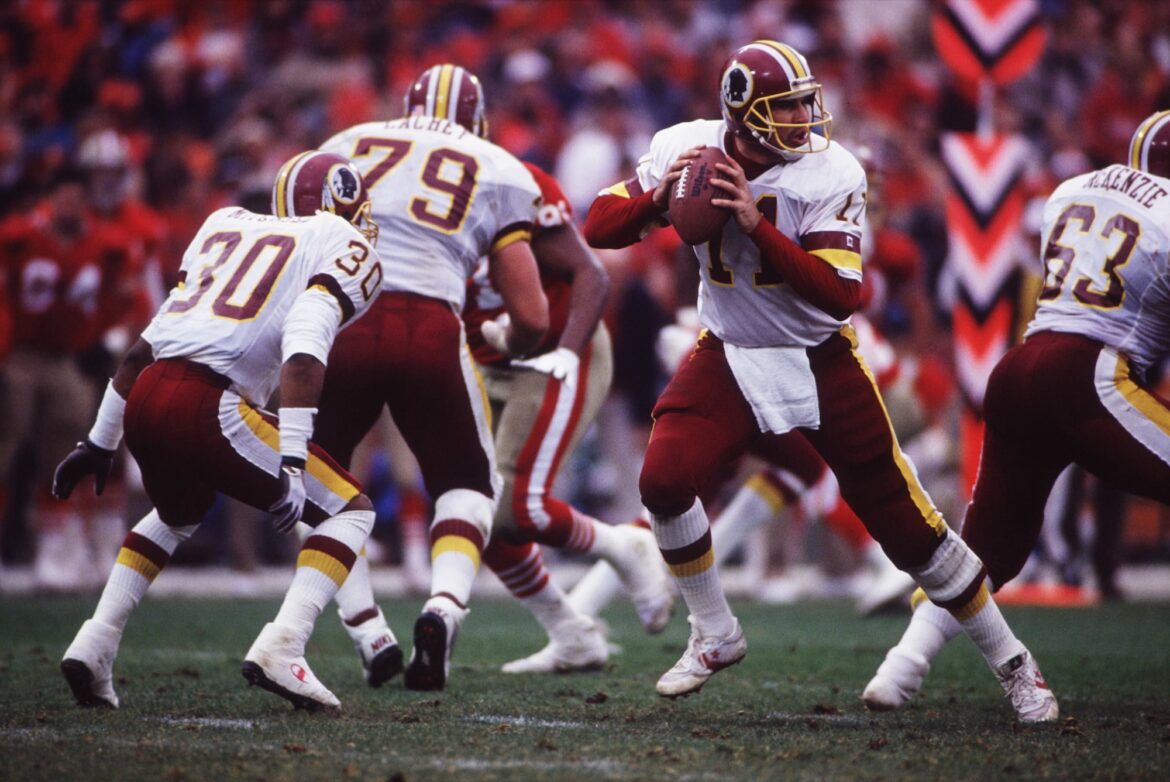 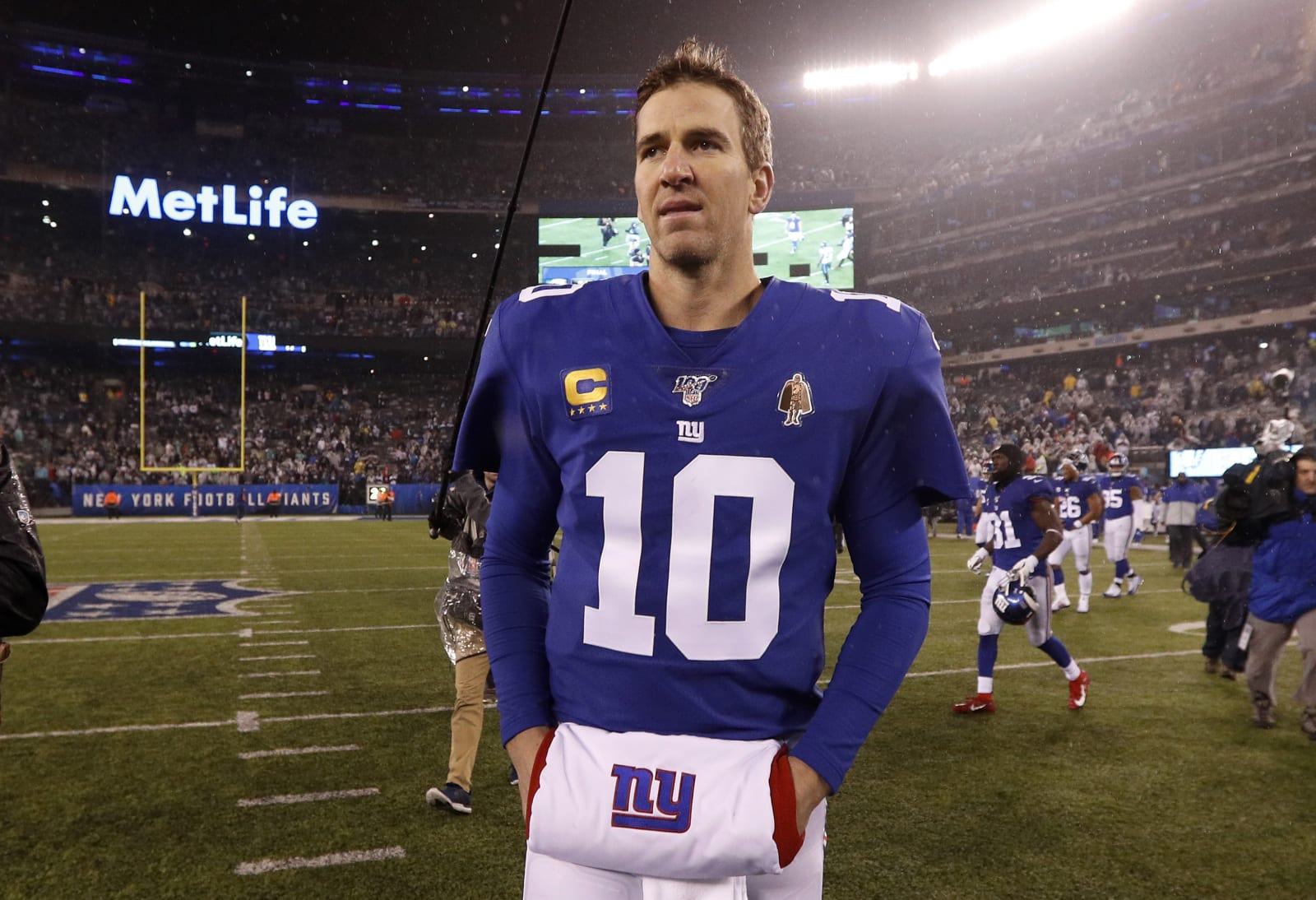 EAST RUTHERFORD, NEW JERSEY – DECEMBER 29: (NEW YORK DAILIES OUT) Eli Manning #10 of the New York Giants walks on the field after a game against the Philadelphia Eagles at MetLife Stadium on December 29, 2019 in East Rutherford, New Jersey. The Eagles defeated the Giants 34-17. (Photo by Jim McIsaac/Getty Images)

Which quarterbacks are lucky to have won a Super Bowl in their careers? We look at the 10 who defy any and all logic, somehow capturing a Lombardi Trophy.

The narrative sure has changed for former first-overall selection out of Ole Miss, Eli Manning who was considered a near bust for the New York Giants. Covered in the giant shadow of his brother Peyton Manning, Eli entered the 2007 season with 54 touchdown passes and 45 interceptions in three seasons while completing just about 55 percent of his passes.

He had moments where he looked sharp, but threw interceptions at an alarming rate and that only got worse in 2007. Manning completed 56.1 percent of his passes for 3,336 yards with 23 touchdowns and 20 interceptions.

Then Eli got hot in the playoffs and found himself winning his first of two Super Bowls, both against the heavily-favored New England Patriots. What people seem to forget in their praise of Eli is he never would have won that first if not for a miraculous catch by receiver David Tyree. Manning threw a desperation pass up for grabs and being a third-and-5 play, it could have ended the comeback drive that led to the win.

The Giants defense stifled the Pats in that game and even had a great stand in the second quarter after an Eli pick that helped keep New England from putting their foot on the Giants throats. If not for that defense, a miraculous play by Tyree and dropped passes by New England in their rematch at Super Bowl XLVI Manning would be seen in a different light.

Without any rings, Eli would be harshly criticized for throwing an average of 16.5 interceptions per season, including an embarrassing three seasons of more than 20. In 2007, he threw 23, 201o he tossed 25 and in 2013 he had a ridiculous 27 interceptions.

Football is the ultimate team sport, but a team victory gives a quarterback immunity for the rest of his life apparently.