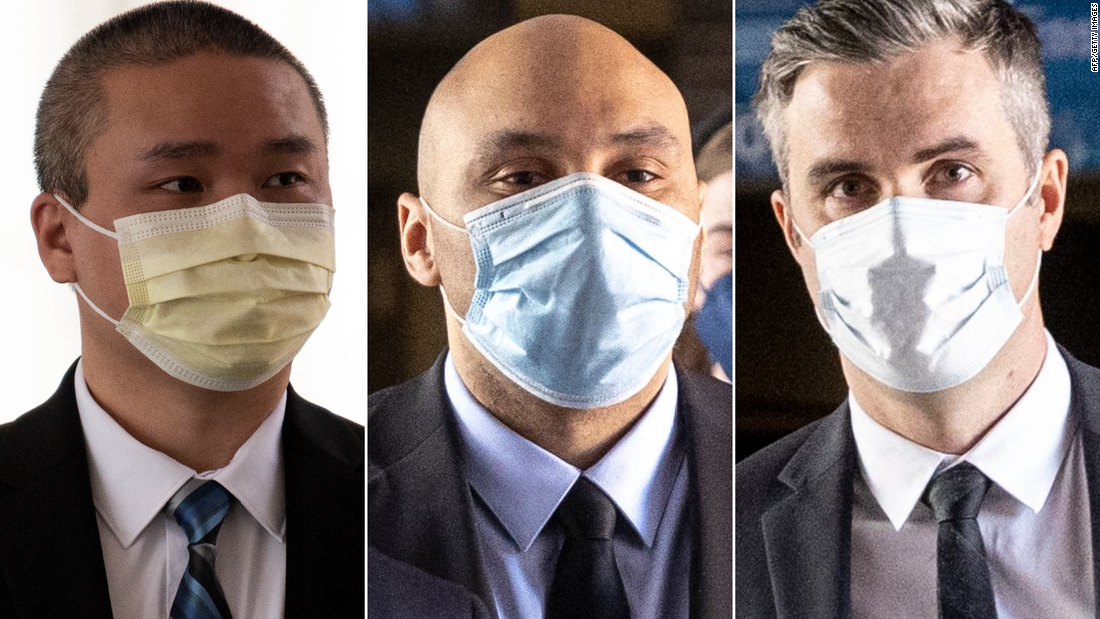 Former officers J. Alexander Kueng and Tou Thao told US District Judge Paul Magnuson they planned to testify in their own defense.

Thomas Lane, the rookie officer who held down Floyd’s legs during the fatal restraint, also planned to take the stand during the trial, his attorney Earl Gray told the court last month during opening statements. However, on Monday, Gray told Magnuson he wanted to speak with Lane about it overnight before giving a final decision.

Lane, Kueng and Thao are each charged with deprivation of rights under color of law as Chauvin restrained Floyd, and Thao and Kueng are also charged with willfully failing to intervene in Chauvin’s use of unreasonable force, resulting in Floyd’s death.

The three have pleaded not guilty to the federal charges and are being tried together. Chauvin admitted guilt in December as part of a plea deal.

All three former officers will face a state trial later this year on charges of aiding and abetting in Floyd’s murder.

Defense attorneys for the three former officers are expected to begin presenting their case Tuesday when court resumes at 10:30 a.m. ET.

Prosecution says Floyd could have survived

Prosecutors called more than 20 witnesses over the course of the 13 days of testimony. The prosecution prompted both high-ranking Minneapolis police officers and expert witnesses to testify that defendants had a duty to intervene and render first aid, under department policies.

Multiple witness also testified the three ex-officers made no attempt to get Chauvin off Floyd’s neck, or render medical care. Several medical experts testified this was “a survivable” event and that CPR would have saved Floyd’s life.

Many of the witnesses called by prosecutors also testified last year at Chauvin’s state trial, where he was found guilty of second-degree unintentional murder, third-degree murder and second-degree manslaughter.

Testimony stalled for three days earlier this month after a defendant tested positive for Covid-19. A juror was also dismissed after disclosing that his son was dealing with a serious mental health issue.

The male juror was replaced by an alternate male juror, according to a pool reporter in court. The 12-juror panel still comprises five men and seven women. There are now five alternates: two men and three women.

CNN’s Eric Levenson and Paul Vercammen contributed to this report.