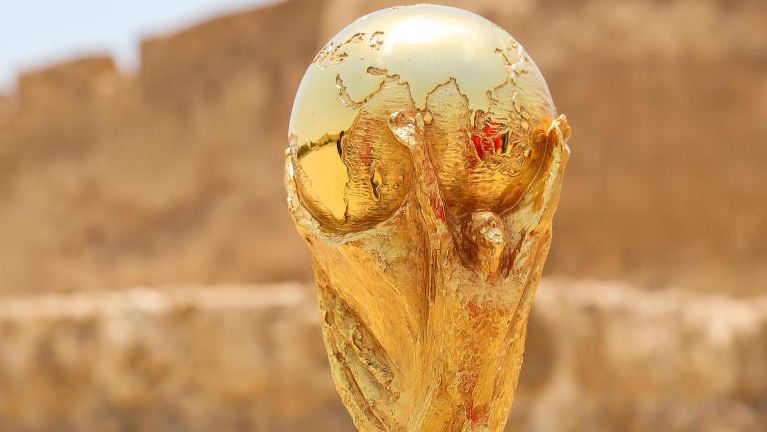 The biggest tournament in football is in sight. There are still two more spots at the World Cup to be decided, but with scarcely more than five months to go until Senegal and the Netherlands get the tournament underway in Doha, it’s time to unleash the wall charts (full schedule here) and pencil in what we’re expecting to happen in Qatar.

Will France become the first back-to-back champions in 60 years? Can England continue their hot run at tournaments? Or will it all come crashing down against the USMNT as Gregg Berhalter’s side begin a remarkable march to glory? Let’s find out:

Though Australia got the job done in their first match in Doha, they fail to impress an underwhelmed public back home and play down to expectations the following week as Peru return to the biggest sporting stage on earth.

The inter-confederation playoffs are low on attacking quality, no great surprise when Costa Rica’s obdurate defense got them this far. It does the trick against New Zealand too, Keylor Navas making key saves at one end before Joel Campbell scrambles home at the other. Finally the lineup for Qatar 2022 is set.

Senegal get the World Cup off to a bang, turning back the clock by 20 years to their shock win over France to open proceedings in Japan and South Korea.

The only difference this time is that their victory over the Dutch comes as no great surprise, setting them on course for top spot in Group A.

The Dutch rally to finish second just ahead of an Ecuador side who give them an almighty scare in the second round of group games, Moises Caicedo starring for a team who seem destined for big things in 2026. Qatar, meanwhile, fail to show much sign of a host’s bounce.

England coast to top spot in their opening two games, a convincing win over the United States on Black Friday bringing buoyancy to the streets of London. Even a repeat of the underwhelming display against a Home Nation — John Stones striking late to save them from defeat to Wales — can’t quite quell the national mood in that part of the United Kingdom.

Second place in Group C is effectively decided inside 90 minutes at Stadium 974 as Poland squeak past Mexico. El Tri cannot upset the odds against Argentina and so this group is done and dusted inside two games. As for Lionel Scaloni’s side — solid at the back, with options up top — they look like champions in waiting …

A group of high drama as France wobble in defeat to Denmark, the dark horses who are starting this tournament at a canter, but do the business against the two relative minnows. Peru belie that label, particularly in their final match as they throw the kitchen sink at the Euro 2020 semifinalists in pursuit of an unlikely escape route from Group D.

As is their wont, Spain start slowly and allow a hatful of chances to pass them by in their opening draw with Costa Rica. They duly make amends with an impressive victory over Germany, who aside from that loss look to be a serious force in this tournament, the likes of Kai Havertz and Serge Gnabry looking more simpatico with every game. These two always seemed destined to top Group E; Spain will be all the happier for having avoided Belgium in the knockouts.

Here’s the group that lives for the drama. Heading into the final round of games, every team is in the mix as the Europeans flatter to deceive. Morocco might have been the best team in Group F, roaring back from two goals down to claim a point against Belgium, but they are undone at the death by a disciplined, united Canada who pick the perfect moment to win their first ever World Cup game.

Brazil do as Brazil do in the group stages of the World Cup; their path to the last 16 is serene. The game of the tournament comes in the Al Janoub stadium as Cameroon, fresh from victory over Switzerland in Round 1, come from 2-1 down to overcome Serbia, who take on the role of Turkey at Euro 2020. They are a better team than the table suggests, but had the misfortune of being the ones with ground to make up after being matched up with Brazil first.

With moments to go in Group H, Portugal’s race seems done. Cristiano Ronaldo’s final World Cup bound to end in ignominy as Ghana lead Uruguay and South Korea cling on to a point, chasing the goal that might just send them through anyway. Then Luis Suarez bites back, striking late to draw Uruguay level in Al Wakrah. Seconds later, Diogo Jota turns in from a corner and Portugal are somehow bound for the knockout stages.

The USMNT’s round of 16 tie had been primed to bring with it an unwelcome reminder that what Berhalter needs to discover by 2026 is a forward of Sadio Mane’s quality and a goalkeeper of Edouard Mendy’s. Concacaf’s involvement in the World Cup ends soon after, Canada simply lacking the quality to quell a Pedri-inspired Spain, who look to be making commanding progress through the field.

There were, however, two African representatives in the last eight as Vincent Aboubakar struck in injury time to send Uruguay crashing out of one of the tenser round of 16 ties. The same could be said of Denmark’s win over Poland where Kasper Hjullmand’s side just about held their opponents at bay after Christian Eriksen’s early free kick.

The Seleção extend their unbeaten run from 12 yards out at World Cups, with Richarlison netting the winner.

And so ended the era of Ronaldo and Lionel Messi on the international stage. The sheer luck of the draw had sent Argentina to the toughest of ties, one that would have been worthy of the final.

Lautaro Martinez struck first for the Albiceleste, but the weight of French talent was too much for the Argentine rearguard to deny as Karim Benzema and Kylian Mbappe struck in the second half to keep Les Bleus’ underwhelming title defense alive.

Revenge for Euro 2020 is on Danish minds on Dec. Just like in 1990, it will be the Germans that they have to overcome.

An iconic clash for the not-at-all-overselling-itself Lusail Iconic Stadium as France and Brazil take lumps out of each other across two hours of high quality fare in which Paris Saint-Germain teammates Mbappe and Neymar score in the first half. The latter keeps that form going into the shootout, denying Antoine Griezmann at the death.

After 56 years of hurt, could it really be coming home?

As is so often the way at major tournaments, the games on the way to the final act prove to be more compelling than the conclusion. With a day’s less rest, England look drained from their rearguard action against Germany.