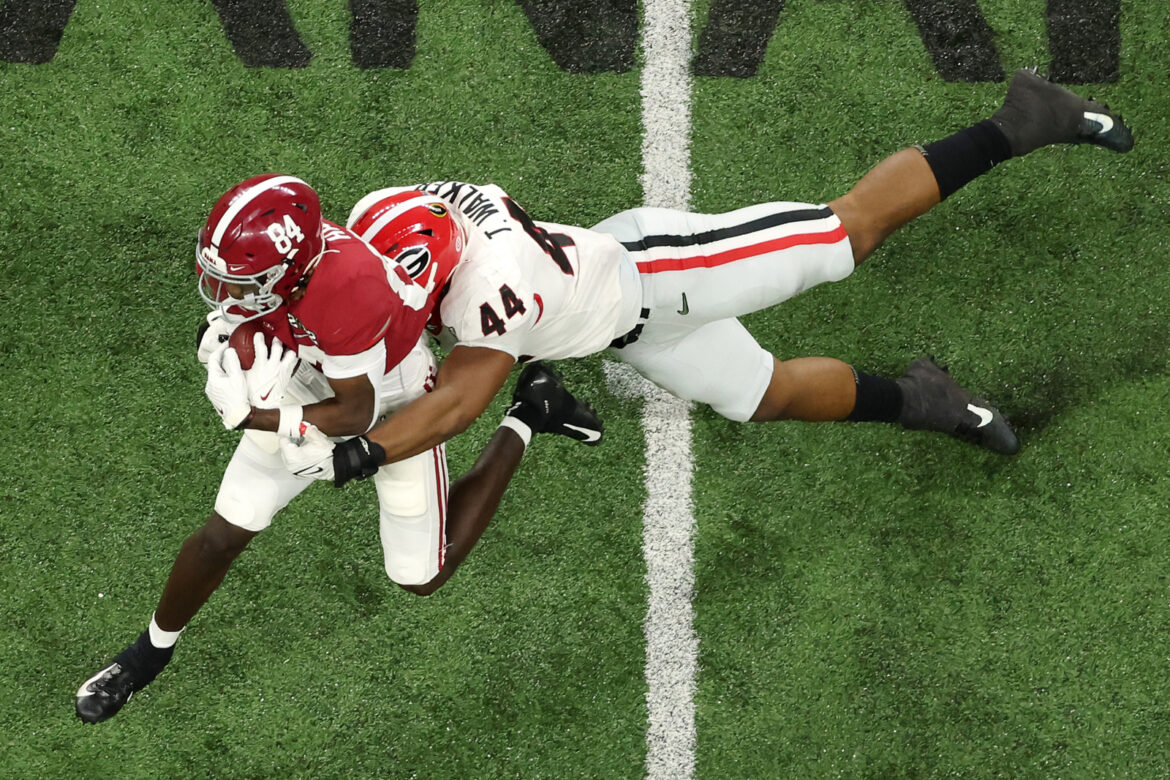 The time has finally come, as the NFL will descend on Las Vegas, Nevada for the 2022 NFL Draft. It has been a wild ride this offseason, with big-name players landing in new spots in free agency and via trades, and now the latest group of men will enter the professional ranks, kicking off Thursday night.

Here, we take one more final look at what the 2022 NFL Draft’s first round could look like.

We start with the Jacksonville Jaguars, who have held the No. 1 overall pick all offseason, and have not moved off of it. Last year, the Jaguars held the first pick and selected Clemson quarterback Trevor Lawrence, and here, they turn their attention to the defensive side of the ball.

This is a draft class that begins and ends with the edge-rushing talent, and they take the best defensive end in this year’s class in Aidan Hutchinson. There has been a lot of buzz regarding Georgia’s Travon Walker, but in the end, Hutchinson is the pick.

Staying with Travon Walker, what a draft season he has had, as he has catapulted himself into the conversation of going with the No. 1 overall pick. That is certainly a possibility, as he has more than enough talent to be the first player taken, but here, he lands just outside of that spot at pick No. 2 overall.

Walker is the kind of edge rusher you can build your defense around, and the Detroit Lions are absent of that kind of playmaking talent on that side of the ball. He is going to be able to play all over the field for Dan Campbell and be a star right out of the gate.

The Houston Texans have had an interesting offseason, as they finally traded away Deshaun Watson, and got a haul of draft picks in the process. They will now pick twice in the first round in 2022, and with their No. 3 overall pick, they take a guy that many feel is the best player in the draft class.

That player is Sauce Gardner from Cincinnati, who is not only the best cornerback in the 2022 class but possibly the best defensive player. Gardner fills an immediate void on this Houston defense, as they continue to try and build back up into a contender in the AFC South.