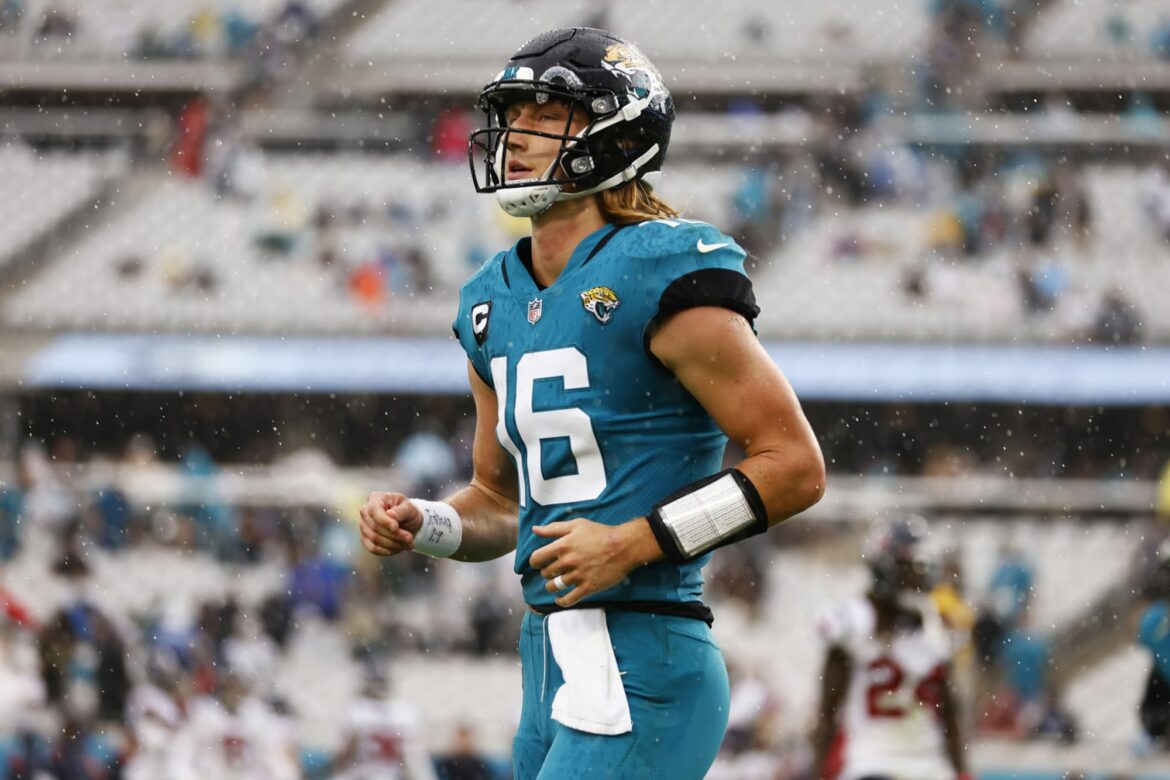 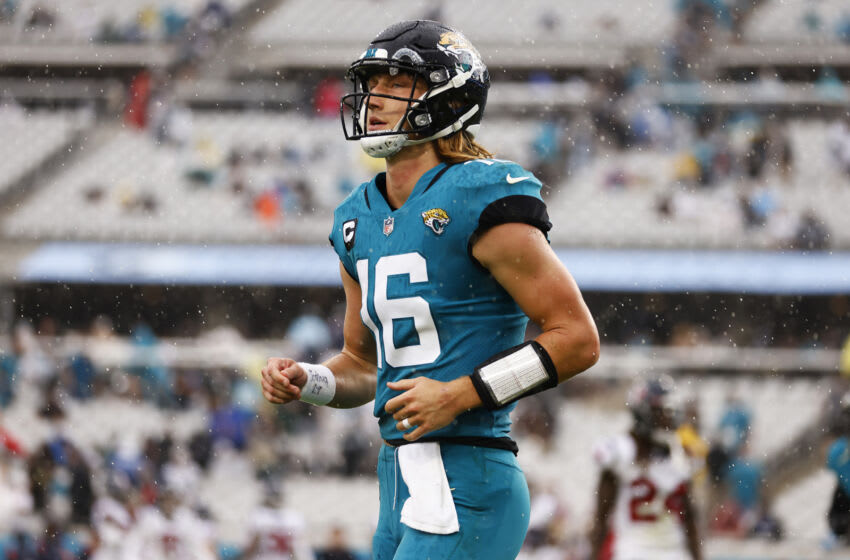 JACKSONVILLE, FLORIDA – DECEMBER 19: Trevor Lawrence #16 of the Jacksonville Jaguars on the field during the first half against the Houston Texans at TIAA Bank Field on December 19, 2021 in Jacksonville, Florida. (Photo by Michael Reaves/Getty Images)

Can 49ers clinch a playoff berth by beating Titans? by John Buhler

Baker Mayfield hints he could play for Browns on Monday vs. Raiders by Cody Williams

The Jacksonville Jaguars now find themselves in the driver’s seat for the first-overall pick in the NFL Draft.

Even though there are 28 teams still in the NFL’s playoff hunt entering Week 15, there are many teams sitting near the bottom of the league standings looking forward to the NFL Draft. For some fanbases, it is an annual tradition to begin looking at and creating their own mock drafts, in hopes that their favorite teams lands some of the top college talent in the country to improve their roster in 2022 and beyond.

There is a new team at the top of the NFL Draft board, and they are the Jacksonville Jaguars. The Jaguars had a tumultuous week after the organization fired head coach Urban Meyer after a disastrous 11-month tenure. On Sunday, Jacksonville lost 30-16 to the Houston Texans.

The Jaguars hold the No. 1 spot not only because of their loss, but due to the Detroit Lions earning a huge 30-12 upset over the Arizona Cardinals to win their second game of the season.

But how does the NFL Draft order look ahead of Sunday Night Football between the Tampa Bay Buccaneer and New Orleans Saints, in addition to the two games on Monday and Tuesday? Here is the updated NFL Draft order, courtesy of Tankathon.

With the Texans’ win, they now fall to the third-overall spot in the standings. The New York Giants and Jets dominate the top of the NFL Draft with four picks in the Top 10 following their trades with the Jacksonville Jaguars and Seattle Seahawks, respectively.

The Jaguars are now in the drivers seats to hold the first-overall pick if they lose their remaining three games of the season. That means they will have the option to select one of the top pass rushers in Aidan Hutchinson or Kayvon Thibodeaux, or they could opt to select an offensive lineman to help protect quarterback Trevor Lawrence for years to come.