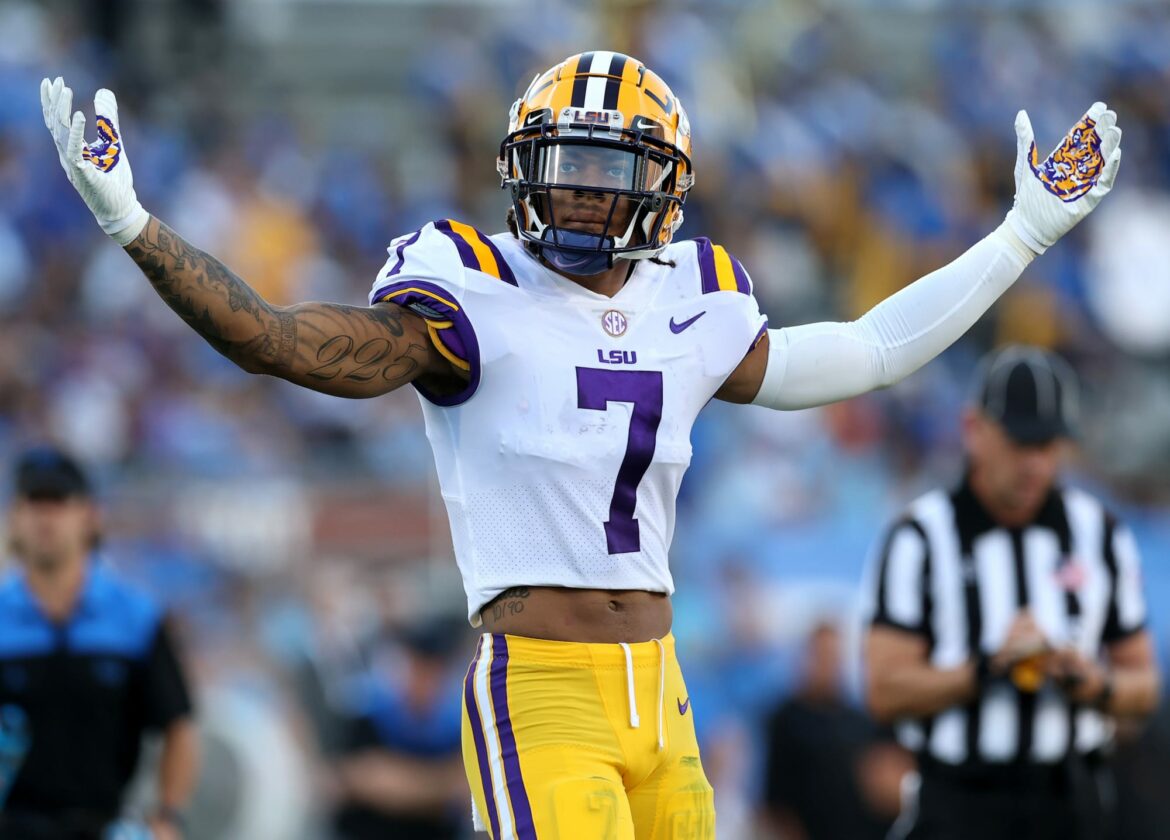 The 2021 NFL season is roaring towards Week 13, and based on trades and records, the two New York teams that play in New Jersey will be picking early on.

The 2021 NFL season is entering Week 13, and we have already seen some teams step up and look like legitimate playoff teams. However, as we get closer to the stretch run, many have come back to the pack, and the AFC is anybody’s guess at this point.

Here, we take a look at what the first round could look like in the 2022 NFL Draft, based on the recent reshuffling of the draft order.

2022 NFL Mock Draft: Giants and Jets get serious upgrades early in Round 1

The Detroit Lions are downright awful, and they were on full display to a national audience this week, as they took on the Chicago Bears on Thanksgiving Day. It was a game that looked like nobody wanted to win, and in the end, the Lions were on the wrong side of one of the more horrific Thanksgiving games in recent memory.

As they look towards the first round of the 2022 NFL Draft, they have two choices, one at No. 1 overall, and one very late in the round. With this pick, I believe they go with the best player available, and a guy who can revamp their defense, and that is Oregon defensive end, Kayvon Thibodeaux.

The Houston Texans took on the New York Jets this past weekend in a battle of teams that will be picking very early in the first round of the 2022 NFL Draft. For a while, it looked like neither team wanted to come away with the victory, but in the end, the Jets won, and the Texans moved up to No. 2 in the draft order.

Watching the Texans play, it is clear that they need some kind of future at the quarterback position, and they get some here in Matt Corral from Ole Miss. With Deshaun Watson out the door and Tyrod Taylor nothing more than a backup, Corral can come in and play right away, or spend a year behind Taylor learning the pro game if the Texans want to go that route.

The Jacksonville Jaguars were absolutely pasted by a terrible Atlanta Falcons team this past weekend and currently hold the No. 3 overall pick in next April’s draft. Jacksonville is hoping that Trevor Lawrence will be the franchise quarterback they were hoping for when they took him No. 1 overall, but he is struggling through a rough first season in the league.

With the No. 3 pick, the Jaguars turn their attention to the defense in this mock draft, adding Kyle Hamilton, a punishing safety from Notre Dame. This kid may be the most NFL-ready player in this draft class and based on his demeanor, and skill will be a captain for this team right away.