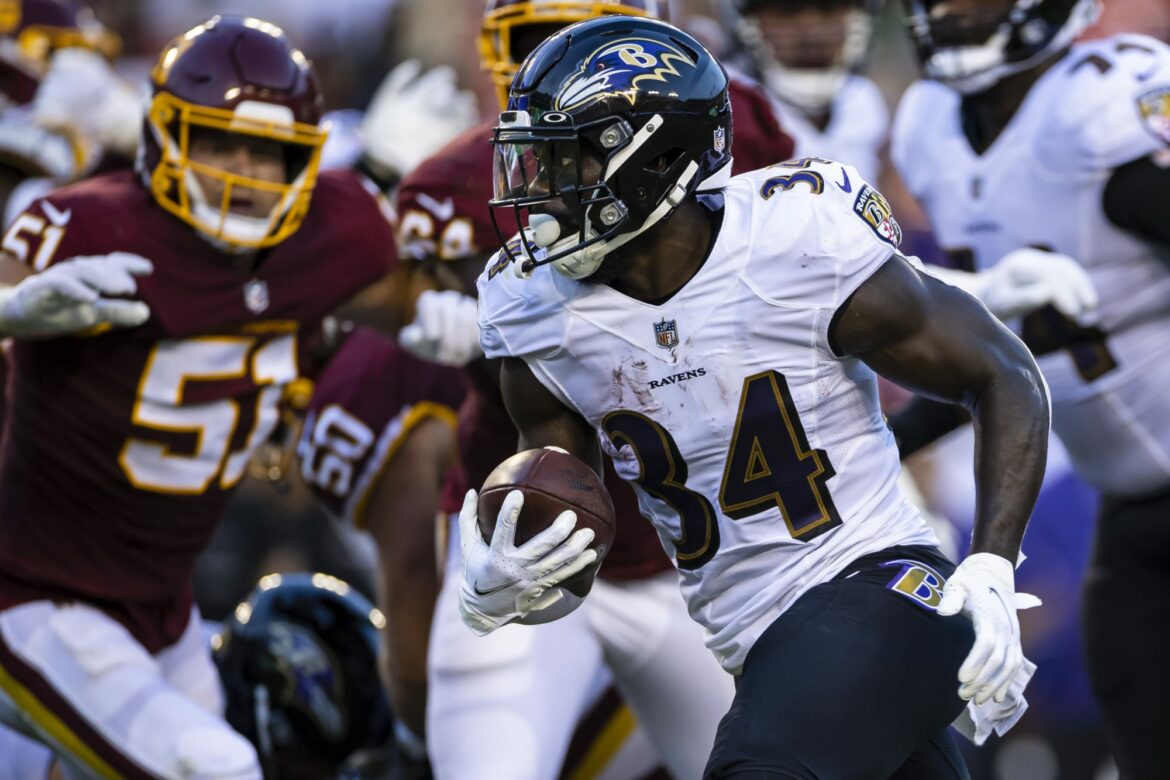 After a surprising loss to the Dolphins, let’s take a look at three Ravens that need to play more.

Surprisingly, the Baltimore Ravens lost to the Miami Dolphins 10-22 on Thursday night. The Ravens’ offense struggled to get anything going, and their defense gave up some big passing plays. Although I would not overreact to one game, the loss did highlight some of the team’s weaknesses.

Luckily, there are some talented players on their roster, who could help them improve moving forward. Here are three Ravens that deserve more playing time:

Due to the season-ending injuries to both J.K. Dobbins and Gus Edwards, Ty’Son Williams started the season as the Ravens’ top running back, and he actually played very well.

In Baltimore’s season-opener against the Raiders, Williams had 65 rushing yards and a touchdown on nine carries, and he caught three passes for 29 yards. He followed that performance with 77 rushing yards on 13 carries against the Chiefs in Week 2.

As the coaching staff tried to acclimate veteran additions Le’Veon Bell, Devonta Freeman, and Latavius Murray into the offense, Williams’ touches naturally fell. However, Williams has been seemingly phased out of the Ravens’ offense, altogether. He did not play a single snap in their Thursday night loss to the Dolphins.

The Ravens’ offense has been noticeably better with him on the field, as well. In the two games in which Williams received at least nine rushing attempts, the Ravens’ offense averaged a whopping 220 rushing yards per game.

Last Thursday, Lamar Jackson was visibly frustrated, and the Ravens could only muster 94 rushing yards (second-lowest total of the season). It’s time for John Harbaugh to play Williams, once again.