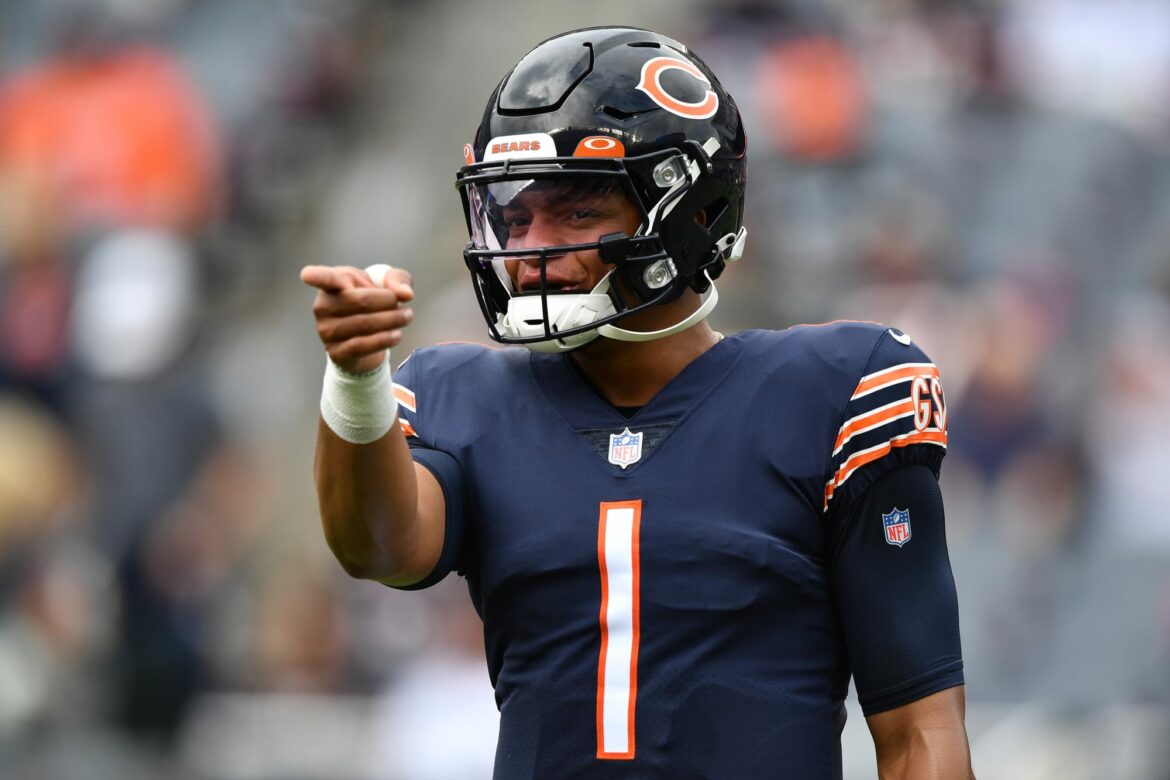 Chicago Bears fans had to love these three plays by rookie quarterback Justin Field during Sunday’s win over the Detroit Lions.

The Chicago Bears faithful were not exactly thrilled seeing the rather lackluster offensive game plan by head coach Matt Nagy, and the fact that they saw rookie quarterback Justin Fields get sacked nine times by the Cleveland Browns in his first-ever start. As it turns out, all the Bears needed to do was to play the rival Detroit Lions to get back on track.

In his second start, Fields shined with the Bears, leading them to a huge 24-14 win. The former Ohio State Buckeye completed 11-of-17 passes for 207 yards and one interception. While Fields did not account for any of Chicago’s touchdowns, he did gift Bears fans with these three great plays.

Fields certainly made a statement in the first quarter. He had already led the team to a touchdown on their opening drive. On their second drive of the game, Fields decided that he was going to make the highlight reel.

The Bears faced a second-and-11 after running back David Montgomery ran for a loss of one-yard. Upon hiking the ball, Fields spotted receiver Darnell Mooney breaking away up the middle of the field, and he uncorked a huge pass past the 50-yard line for a gain of 64-yards.

Fields’ arm strength is not to be doubted. To make matters better, the Bears scored another touchdown in the form of a nine-yard run by Montgomery.