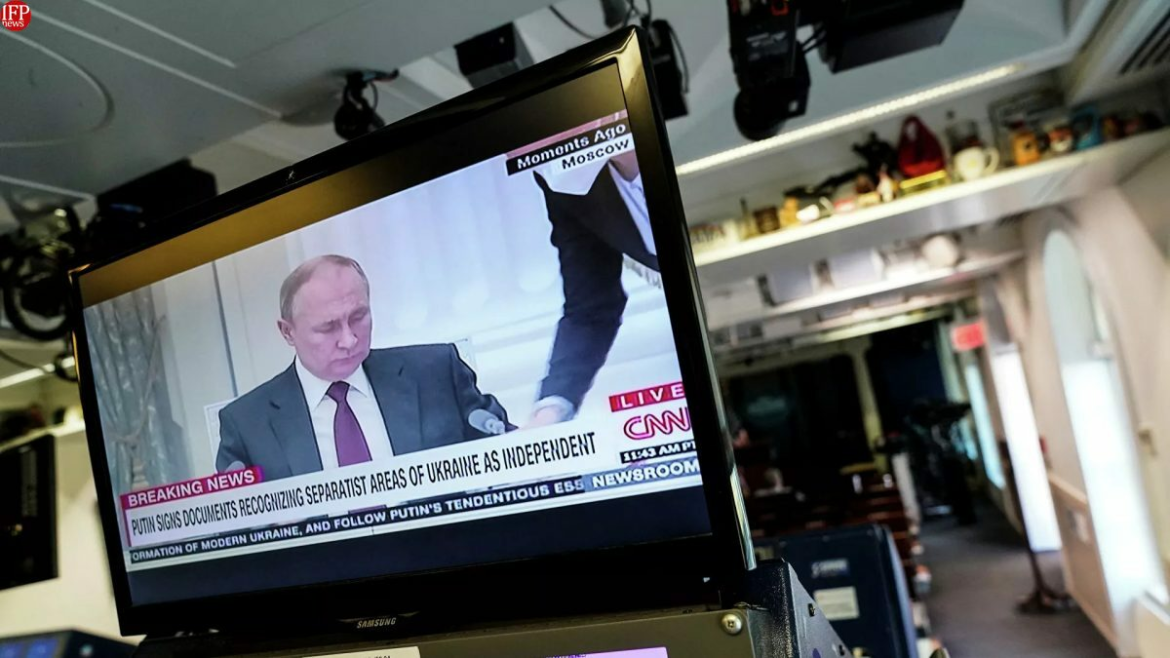 The U.S., the United Kingdom and European Union have all issued sanctions against Russia in reaction to Putin’s recognition of Luhansk and Donetsk, two regions controlled by Russian-backed separatists, as independent states. Putin has also ordered Russia to move into these areas to perform “peacekeeping functions.”

Morrison stated broader sanctions would be extended to the separatist-controlled regions and added that he expected to impose more sanctions on Russian citizens seeking to benefit off a Russian invasion of Ukraine.

The Australian prime minister also noted that Ukrainian visa applications would be moved to “the top of the pile.”

“The invasion of Ukraine has effectively already begun. This invasion is unjustified, it’s unwarranted, it’s unprovoked and it’s unacceptable,” Morrison said, according to the ABC.

“We can’t have some suggestion that Russia has some just case here they’re prosecuting — they are behaving like thugs and bullies,” he added.

In a press briefing, Canadian Prime Minister Justin Trudeau called Russia’s actions on Monday a “violation of Russia’s obligations under international law and the charter of the United Nations.”

“Canada also denounces Russian military actions, including orders to move into Ukraine, which is a clear incursion of Ukraine’s sovereignty and territorial integrity. Make no mistake this is a further invasion of a sovereign state and it is completely unacceptable,” Trudeau added.

As part of Canada’s sanctions against Russia, Trudeau announced that all Canadians would be banned from taking part in “financial dealings with the so-called independents states of Luhansk and Donetsk.”

Canadians will also be banned from purchasing Russian sovereign debt.

Canada will also be targeting members of Russia’s parliament who voted to recognize Luhansk and Donetsk as well as two state-backed Russian banks.

Kishida stated Japan’s sanctions would involve prohibiting Russian bonds from being issued in Japan, freezing the bank accounts of certain Russian individuals and restricting travel to Japan. Moscow elites and Russian banks will also be targeted.

The Japanese leader noted the details of the sanctions would be worked out and announced over the next few days.

He added that Japan’s energy supplies would not be impacted in the short term thanks to sufficient reserves of oil and liquified natural gas. If energy prices begin to rise, Kishida said he would consider all possible options to prevent an impact on Japanese businesses and households.