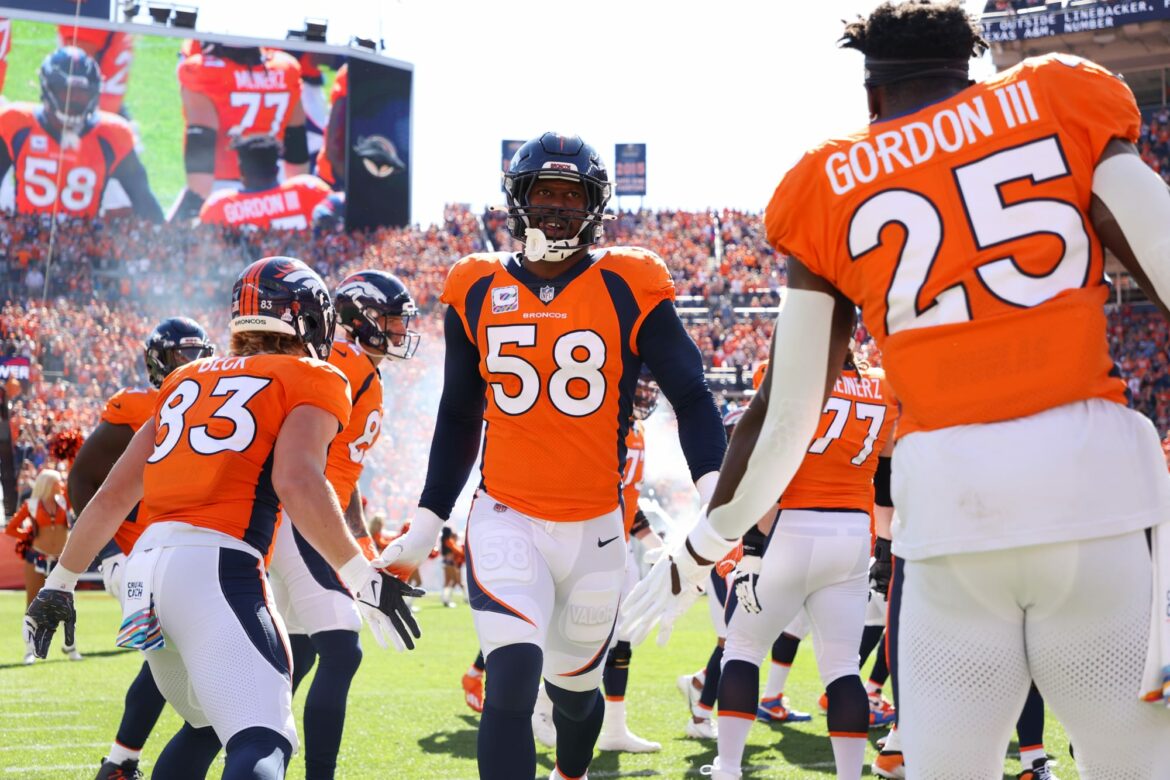 Despite a late-game resurgence in Week 5, the Denver Broncos lose for the second week in a row, a troubling sign for an early playoff possibility.

After a three-game win streak, Broncos Country is once again in familiar territory with back-to-back losses.

The Broncos began last season at 0-3 and the season before that at 0-4. Without a true franchise quarterback and a defense that went on the decline, the Broncos have been unable to keep up with their AFC West brethren.

Still, the Broncos did pull out three wins to start the season, and they just might be able to pull out even more if they make the right moves to address their pressing concerns.

3 moves the Broncos could make to salvage their 2021 season

3. Call the Texans about Brandin Cooks while Hamler and Jeudy are out

The Houston Texans are famous for trading away their best players, and perhaps the Broncos could offer them something worthwhile.

Jerry Jeudy and K.J. Hamler are out on IR for the foreseeable future, which means the Broncos need an elite wide receiver immediately. Courtland Sutton was active against the Steelers, but he was questionable before the game and ended up missing a crucial third-down catch.

The Broncos could instead trade for Brandin Cooks, the speedster who now plays for the Texans. Cooks has adapted to four different NFL teams, flashing his skills in Super Bowl seasons with the New England Patriots and Los Angeles Rams.

The Texans could take this season as a rebuild, and if the Broncos believe they truly have a shot at a playoff berth, they can trade their future for a present with Cooks.

2.  Trade for Josh Allen to help with the Chubb injury

Another acquisition from another doomed team would be a midseason trade for Josh Allen, the Jacksonville Jaguars linebacker would be a game-changer for the Broncos defense.

While Chubb went fifth-overall in the 2018 NFL Draft, Allen went ninth in the year after him. Adept at covering the pass and run, Allen would fill the hole that Chubb’s absence has left behind.

In a lost season marred by an 0-5 record, the Jaguars should make like the Texans and trade for the future. If the Broncos make the necessary corrections, they still have a shot at the playoffs, but they’ll have to score big with midseason trades.

Teddy Bridgewater has had his time to shine for Denver, but his late-game interception cost the Broncos a chance at the win.

Perhaps it’s time to bring in quarterback Drew Lock, who Courtland Sutton said the Broncos offense needs to help in order for Lock to thrive.

“I would say it’s a rhythm thing,” Sutton said when explaining some Week 4 miscues. “Last week, Drew was thrown into the game with not as many reps… It was definitely tough not having the reps, but you kind of have to go with it as it happens.”

Sutton is spot-on: no backup quarterback will succeed when thrown into the middle of the game without building chemistry on practice reps. Bridgewater is still in a position to prove himself in Denver, and Lock needs to be given an adequate opportunity to prove himself as well.