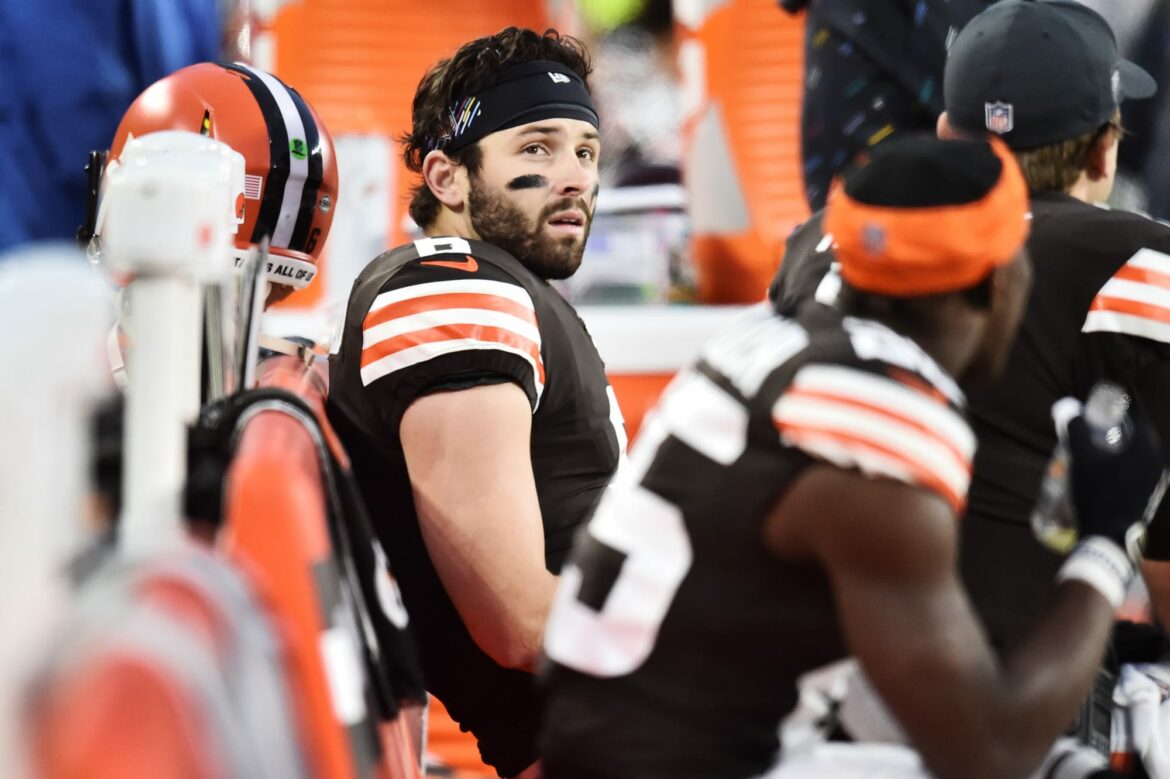 Baker Mayfield could be sidelined for a chunk of time due to a fracture in his left shoulder. The Cleveland Browns should consider adding one of these three quarterbacks.

The Cleveland Browns have not had the greatest luck when it comes to injuries. That was evident when looking at their injury report leading into their Week 7 matchup on Thursday against the Denver Broncos. Quarterback Baker Mayfield was already ruled out due to a left shoulder injury, a torn labrum that he suffered back in Week 2. But as it turns out, the injury is much worse than expected.

On Thursday, Mayfield told FOX Sports’ Jay Glazer that a scan revealed he fractured the humerus bone in his left shoulder and that he needs it to heal before he can play again.

With this update, it could very well mean that the Browns will be without Mayfield long-term. That is all dependent on how quickly the humerus bone heals. Now, the Browns front office should be looking at outside options to bring in, especially if they want to make the playoffs for the second-year in a row.

Here are three quarterback options for the Browns to bring in with Mayfield potentially out long-term.

If the Browns do not want to give up draft capital or a player on their roster to trade for a quarterback, the best option in free agency is Cam Newton.

The former NFL MVP most recently spent time with the New England Patriots, where he was the starter for the 2020 season, but was released this past training camp after rookie Mac Jones won the quarterback competition.

Even though Newton’s passing numbers were far from great, he can still make plays with his feet. That was evident during his lone season in New England, where he ran for 592 yards and 12 touchdowns on 137 carries.

Just imagine what the dual-threat quarterback can do throwing the ball to Odell Beckham Jr. and Jarvis Landry? It is a move the Browns front office should consider.