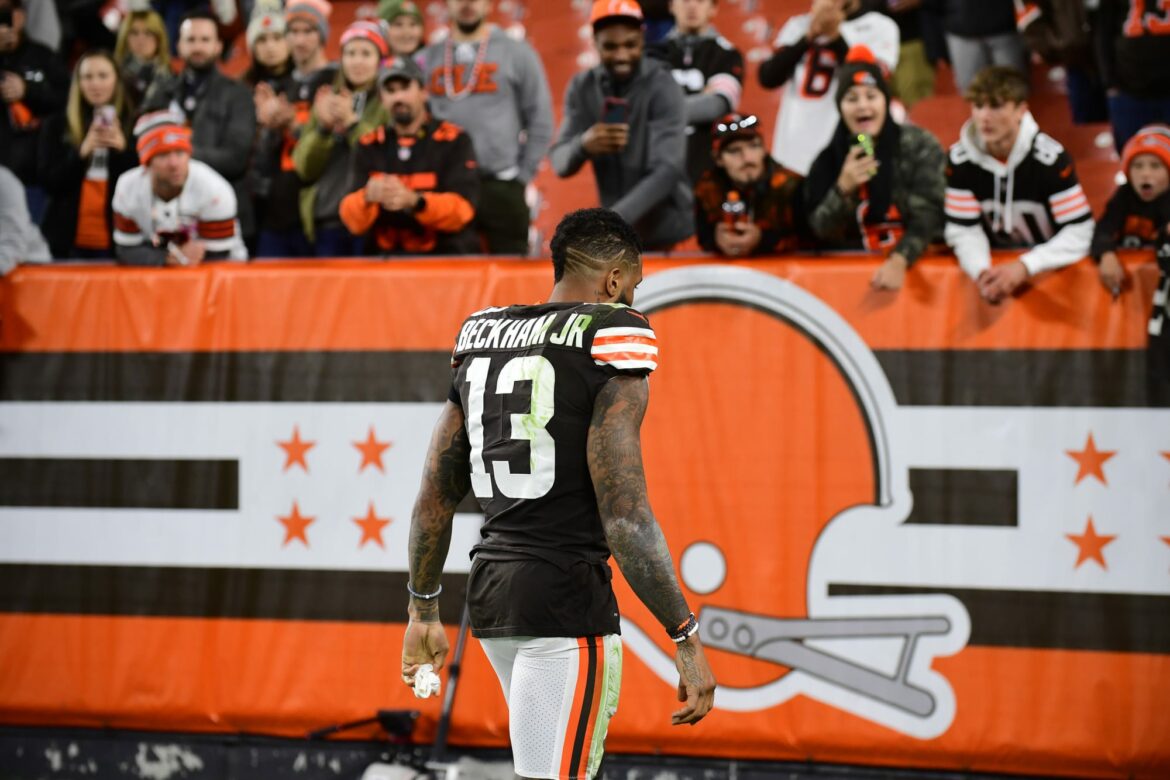 Odell Beckham’s relationship with the Cleveland Browns is rocky, and talks are the team could release him. Which three teams could be the perfect fit for the wide receiver?

One of the notable stories heading into Tuesday’s trade deadline was the availability of Cleveland Browns’ receiver Odell Beckham Jr. Despite some initial discussion, the Browns insisted the mercurial receiver wasn’t available and, instead, elected to keep ahold of him. That wasn’t the end of the saga, though.

Beckham Jr’s dad had also posted an 11-minute video to Instagram and highlighted missed opportunities where Baker Mayfield could have passed the ball to his son. Predictably, it caused an ill-timed stramash. Since that video, Beckham has been excused from Browns’ practice and Kevin Stefanksi said that the receiver wouldn’t be with the team for the rest of the season, per Brad Stainbrook.

As of now, it seems like the Browns are preparing to move on from Beckham, though there have been reports that they’re willing to let him sit out for the rest of the season. That could be to avoid him going to a contender who they could end up playing – should they make the playoffs.

However, there is still a chance that the Browns could release Beckham. If they did, where could he end up?