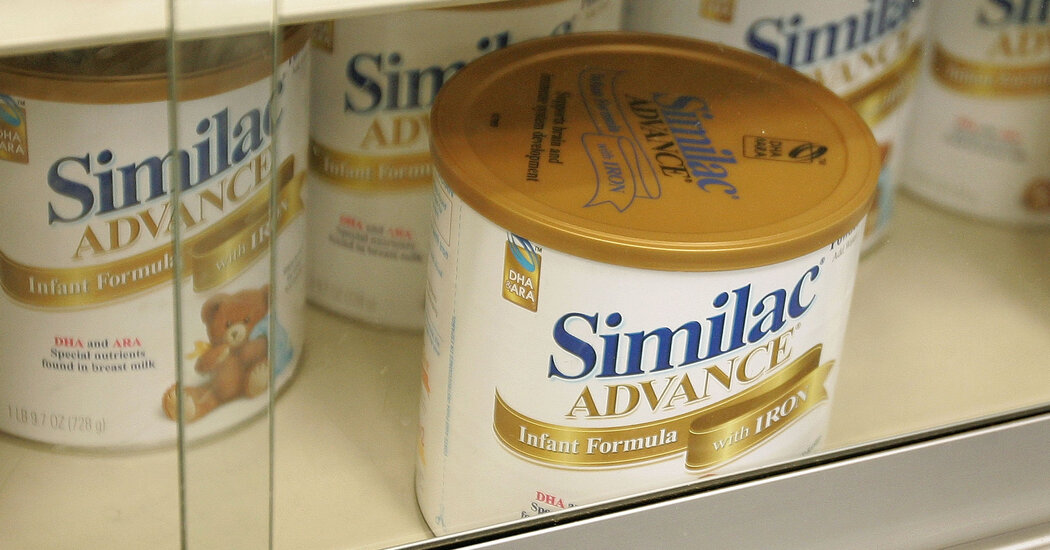 “We know parents depend on us to provide them with the highest quality nutrition formulas,” Joe Manning, executive vice president for nutritional products at Abbott, said in a statement. “We’re taking this action so parents know they can trust us to meet our high standards, as well as theirs.”

Abbott Nutrition did not immediately respond to an emailed request for comment on Friday.

The recall, which comes during a drastic baby-food shortage, affects certain lots of Similac, Alimentum and EleCare with expiration dates of April 1, 2022, or later. Products affected by the recall will also have a long sequence of numbers on the bottom of the container that starts with the first two digits 22 through 37, and contains K8, SH or Z2. The recall does not apply to Abbott products manufactured in other facilities, the company said.

In its announcement, Abbott did not specify how many units the recall affected, but Similac baby formulas are highly popular in the United States and abroad.

“No distributed product has tested positive for the presence of either of these bacteria,” Abbott said.