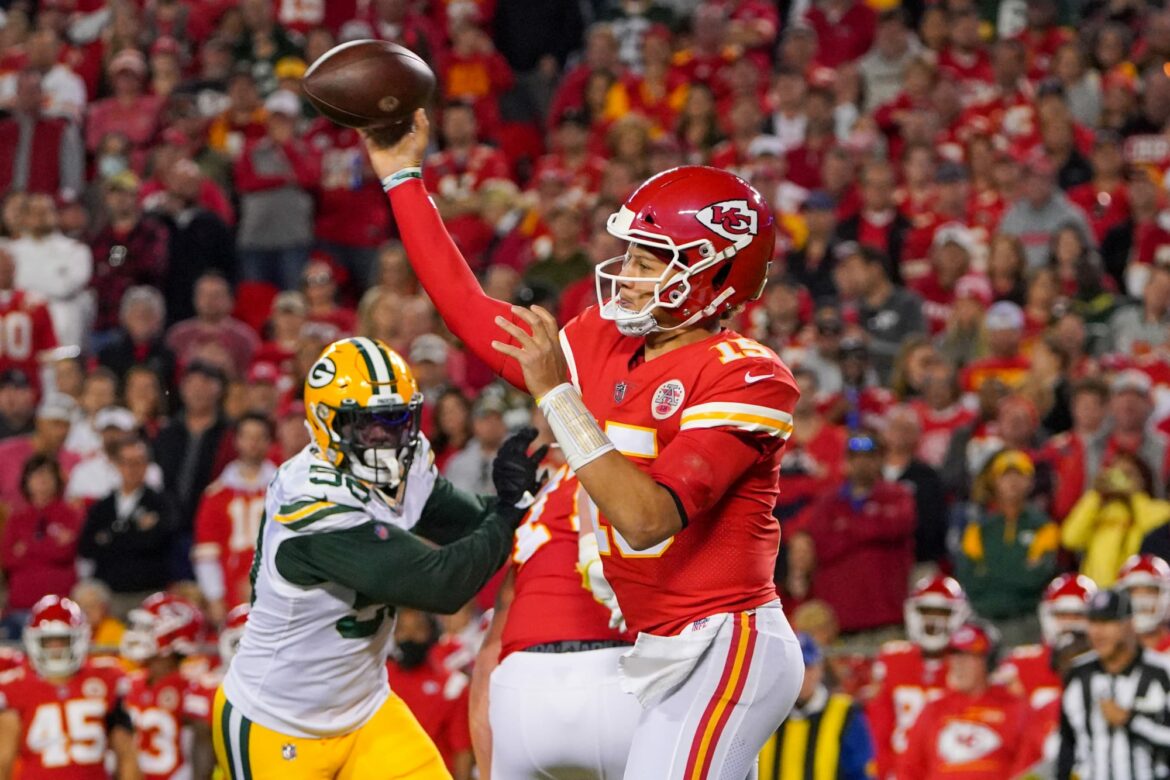 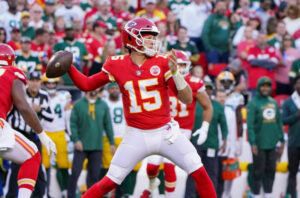 Despite the win over Green Bay, Patrick Mahomes and the Chiefs left much to be desired on offense in Week 9.

After beating the Green Bay Packers, the Kansas City Chiefs have surpassed .500 this season, a feat many thought might be impossible. Their defense was miserable, their offense was producing turnovers at a higher rate than most bakeries, and nothing seemed to be clicking for the back-to-back AFC champions.

However, the Chiefs have been very surprising in turning things around this season defensively. The Chiefs are starting to put pressure on opposing quarterbacks, finally forcing some bad throws and creating some incompletions. Their secondary is even grabbing interceptions and pass breakups. The defense is far from perfect, but it is everything that it needs to be.

The offense on the other hand? Not so good. Patrick Mahomes has six touchdowns and six interceptions over the last five weeks. The Kansas City offense is a mess more reminiscent of an old stalling truck than the Ferrari it normally is compared to.

However, if the Chiefs want to be competitive in the second half of this season, they will need to fix their offense and get Mahomes back on track.

Chiefs: 3 ways to fix Patrick Mahomes and the offense

This is the most controversial idea in the plan, but it is the most important and the beginning of solving many of the Chiefs’ issues.

To say Andy Reid’s playcalling has been bad this season would be an understatement.

It starts with a complete lack of adjustments on offense this season. Defenses have not “figured out Patrick Mahomes and the Kansas City Chiefs,” they have found what should have been a temporary solution. However, Reid never made adjustments on the playsheet to account for that solution, and thus it has stuck around. It seems like every coach, analyst, and pundit has figured this out and offered solutions for it — except for Reid.

Even looking past that glaring issue, his play choice has been suspect as well. The Chiefs spent significant money and draft capital this offseason building up what has been an unbelievable offensive line. Trey Smith and Creed Humphrey are All-Pro-caliber linemen in their rookie season. The tackles have left a little to be desired, but they are better than the replacements the Chiefs had to live with last season.

Which makes the fact that Reid refuses to power run baffling.

The Chiefs have extremely talented backs in Clyde Edwards-Helaire, Derrick Gore, and Darrel Williams who are all capable of pounding the ball and getting yardage. However, Reid’s aversion to power run play and rarely ever calling runs from under center handicaps what should be an elite backfield.

Building on that, even when Reid commits to letting the Chiefs offense run the ball a bit, he never lets it go longer than one or two plays before he ruins that momentum with a trick play or uninspired deep pass.

If there needs to be any more reason for taking play calls away from Reid, look no further than Patrick Mahomes’ statistics based on time in the pocket. When in the pocket for less than 2.5 seconds, Mahomes is completing 77 percent of passes. Meanwhile, when in the pocket longer, that percentage drops to 48 percent. This is a clear sign that Reid is calling plays that set up Mahomes to fail.

Does Eric Beineimy immediately fix this issue? There is no telling, but it is clear that right now it can not get much worse than Andy Reid.