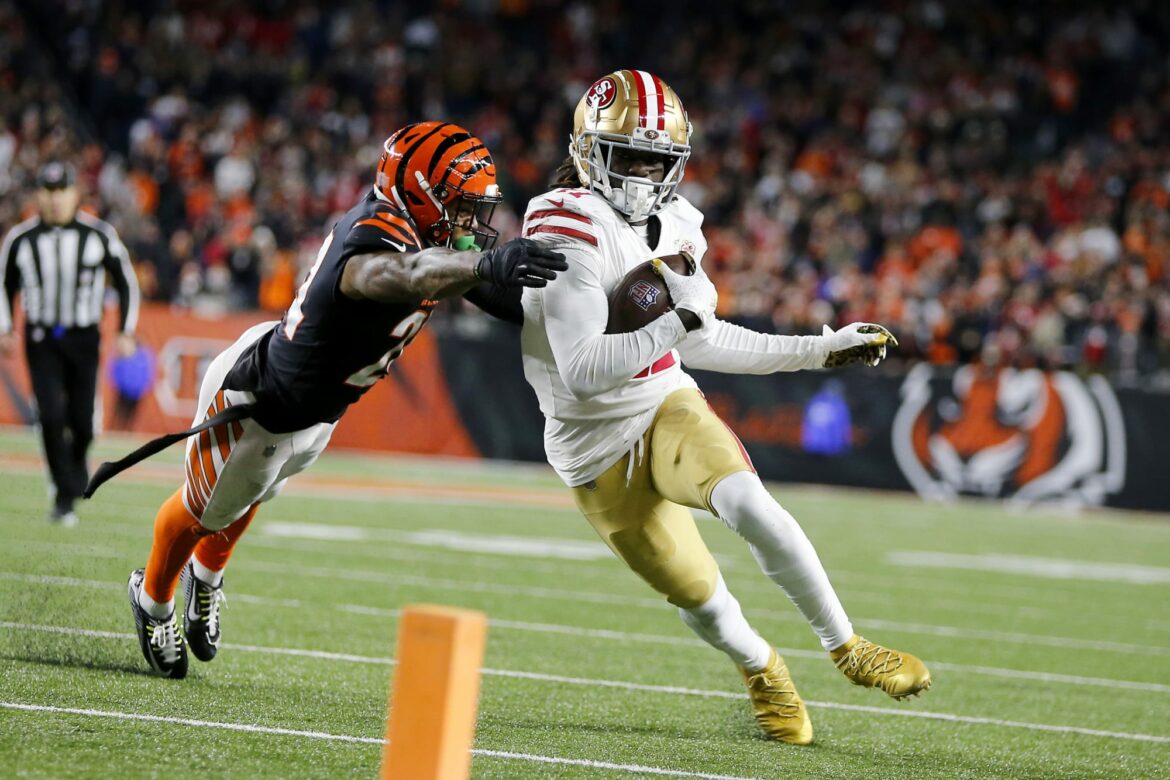 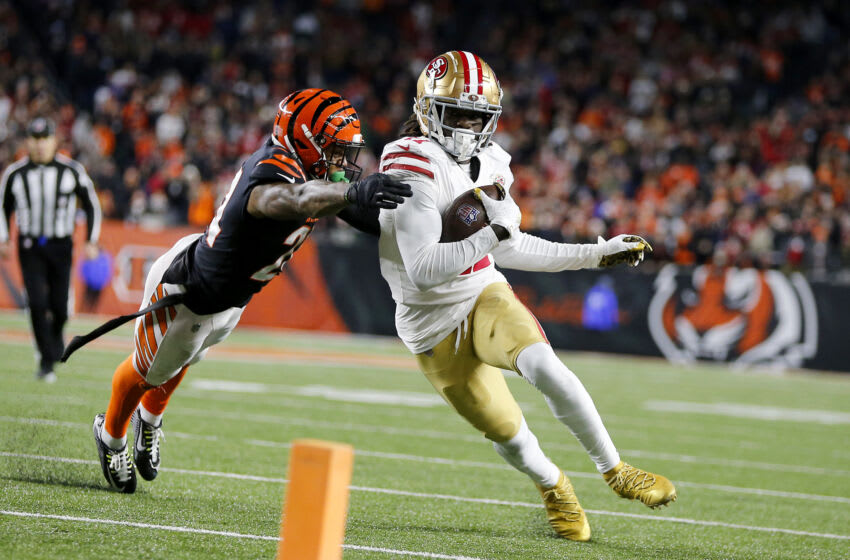 Brandon Aiyuk flew across the goal-line in overtime to give the 49ers a huge win and San Francisco fans were loving every second of it.

Disaster was almost on the menu for the San Francisco 49ers on Sunday as they visited the Bengals. Jimmy Garoppolo and Co. had a lead for almost the entire game but, up 20-6 in the fourth quarter, the offense stalled and the defense couldn’t stop Joe Burrow, thus allowing Cincinnati to get momentum and tie it up late to force overtime.

In the extra frame, Cincy got the ball first and put a field goal on the board, meaning the 49ers had to come up with an answer in some form. They moved the ball well thanks to big plays from George Kittle and others. However, it was Brandon Aiyuk, formerly in the dog house of head coach Kyle Shanahan, who played the role of hero.

On first-and-10 from the Bengals’ 12-yard line, Garoppolo found Aiyuk out to the left. The wideout then somehow tip-toed inbounds and then went airborne to cross the goal-line inside the pylon for the game-winning Niners touchdown.

Needless to say, Niners fans were absolutely loving the unforgettable moment to clinch the win on the road in overtime.

Pretty great moment for #49ers WR Brandon Aiyuk. A rocky start to season but he has been integral in Niners turning season around. A terrific effort on the touchdown to win it and get Niners to 7-6.

GREAT to see Brandon Aiyuk – held out from competition at the start of the season by Shanahan – work hard to turn things around and today makes an extra effort game-winning score.

And Brandon Aiyuk goes from goat to 🐐. Pretty incredible turnaround for the #49ers wide receiver

Starting an Aiyuk fan club at Levi’s Stadium and calling it “The Doghouse.”#GoNiners

And fans have a lot of. reason to be excited.

With the victory on Sunday over the Bengals, San Francisco moves to 7-6 on the season and remains very much alive in the NFC playoff race. They currently occupy the No. 6 seed in the conference with a one-game lead over five teams with a 6-7 record.

That doesn’t mean their playoff spot is certain but a win in Week 14 undoubtedly improves their standing as of right now and makes their job moving forward that much easier.