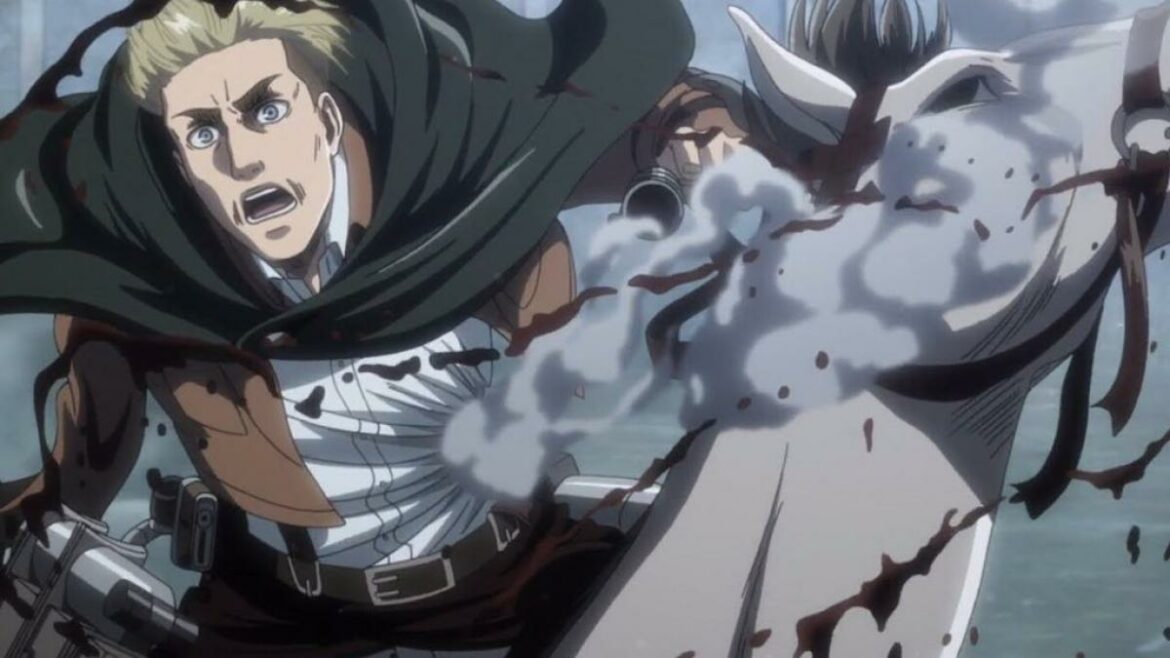 Over eight years since its first season debuted, it’s safe to say that Attack on Titan has reached cultural phenomenon status.

The series is filled with shocking moments, twists and turns galore and an eccentric cast of characters.

While many of the characters are likeable, at least in some way, shape or form, there is a range who simply aren’t – some of whom definitely got what they had coming to them.

So, with the finale just a couple of months away, let’s take a look at five Attack on Titan characters that got what they deserved.

Kenny is a strange one. Ultimately, he turned out to be a weirdly likeable character who ended up helping the scouts.

However, for years he was a fearsome mercenary, nicknamed “Kenny the Ripper”. His years of killing caught up to him in the end though as his demise came in the same arc as Rod Reiss’.

It’s a shame we didn’t get a face turn from Kenny but he probably got what he deserved.

Bertholdt was an ass.

Despite posing as one of the good guys, most of the events in Attack on Titan can be traced back to what Bertholdt (and Reiner) did, destroying the walls.

Masquerading as a member of the Scout Regiment, Berthold was actually the Colossal Titan. His actions early on cost thousands of people their lives and pushed humanity to the brink of extinction, or at least we thought.

It was only fitting that he was eaten by Armin, saving one of the most likeable characters’ lives and costing him his own. He is almost certainly the Attack on Titan character who most got what they deserved.

This one is likely to be a bit controversial as Hannes became a really likeable character and ultimately sacrificed himself for humanity.

However, the reason for his sacrifice was down to the massive guilt he felt for something that happened very early on in the anime, the death of Eren’s mother.

Although he was a good guy, for the most part, he arguably got what was coming to him in a roundabout way.

There are a lot of scumbags in Attack on Titan and Rod Reiss is certainly up there with the worst of them.

Although doing what he thought was right, he was manipulative and dangerous, yet full of cowardice.

He first got what was coming to him when he was forced to turn himself into a Titan, something he desperately tried to avoid. Following that, he turned into one of the grossest Titans in the whole series before making his way to the Wall, where he was swiftly obliterated.

Another controversial one, however, it turns out that Erwin wasn’t all that he seemed.

Although he was the fearless leader of the Scout Regiment, he cost hundreds their lives for his own selfish gain. Erwin put his pursuit for knowledge ahead of his people and suffered a painful death at the hands of The Beast Titan, succumbing at the same time as Bertholdt.