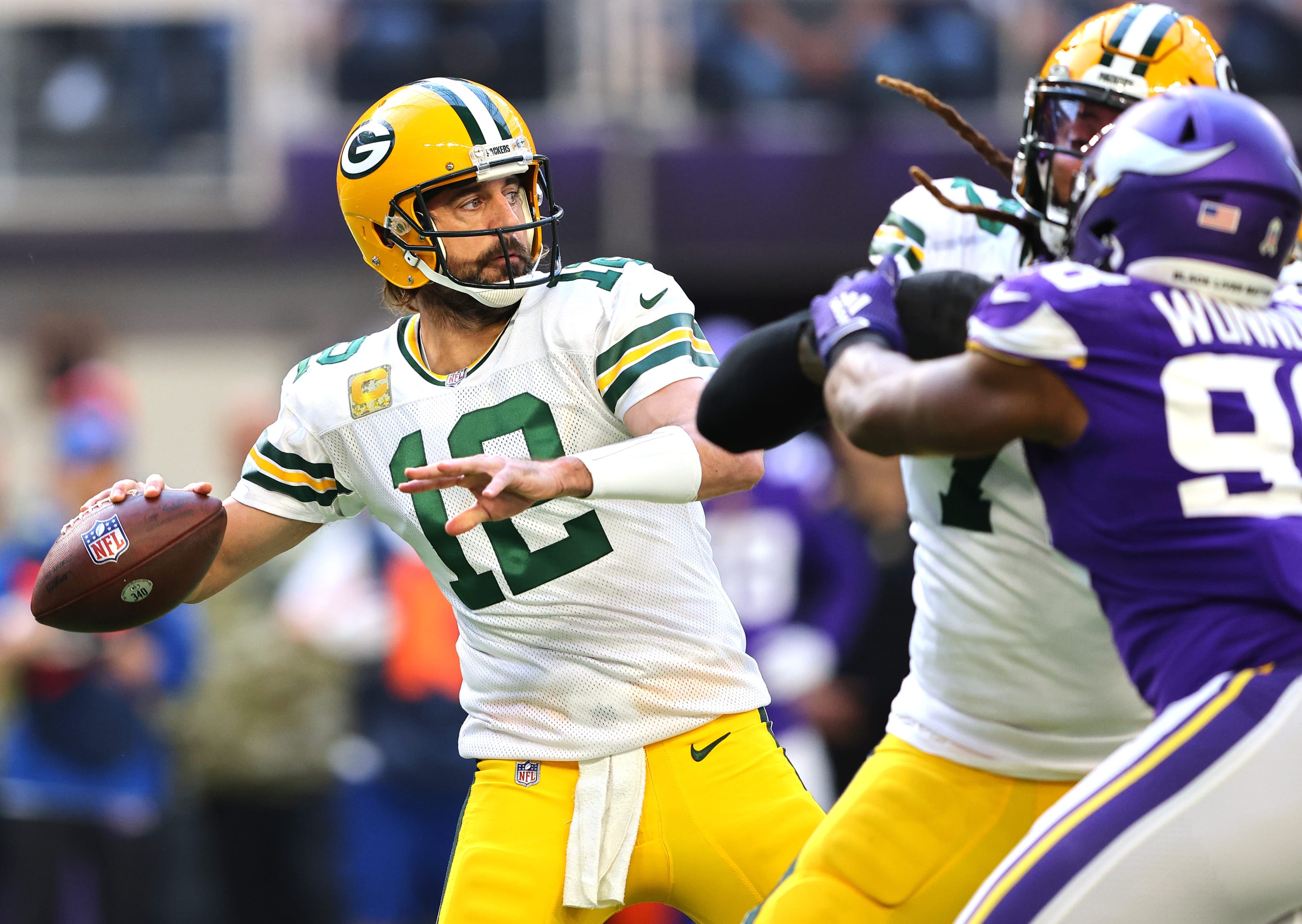 MINNEAPOLIS, MINNESOTA – NOVEMBER 21: Aaron Rodgers #12 of the Green Bay Packers looks to pass against the Minnesota Vikings in the first quarter at U.S. Bank Stadium on November 21, 2021 in Minneapolis, Minnesota. (Photo by Adam Bettcher/Getty Images)

The Packers are wounded after last week’s narrow loss to the Vikings. That’s bad news for a Rams team that wants to subdue Aaron Rodgers on Sunday.

Aaron Rodgers and the Packers offense did their past last Sunday, but the defense folded in Green Bay’s 34-31 defeat at the Vikings. That close loss puts a lot of pressure on Rodgers and his teammates to right the ship on Sunday against the Rams.

Fortunately for Green Bay, this game will be played in the comfortable confines of Lambeau Field. The Packers’ passionate fan base should produce a raucous atmosphere against Los Angeles’ star-studded lineup. This is one matchup where home-field could really come into play.

Then again, Aaron Donald and Jalen Ramsey aren’t the sort of defensive stars to be intimidated by crowd noise. The Packers need to neutralize both players if they want to succeed in winning this game. Read on for five bold predictions on how Green Bay will play in the Sunday afternoon tilt.

A lot of pre-game talk will center around the ability of the Green Bay secondary to contain the Rams’ passing attack. That doesn’t diminish the need for the Packers’ defensive line to win the battle at the line of scrimmage.

Clark has quietly put together a really solid season from his nose tackle spot. His current PFF grade of 74.1 accurately depicts him to be one of Green Bay’s most productive defenders. He’ll win more than his share of battles against Los Angeles’ offensive line on Sunday. Mark Clark down for two TFLs on the day.