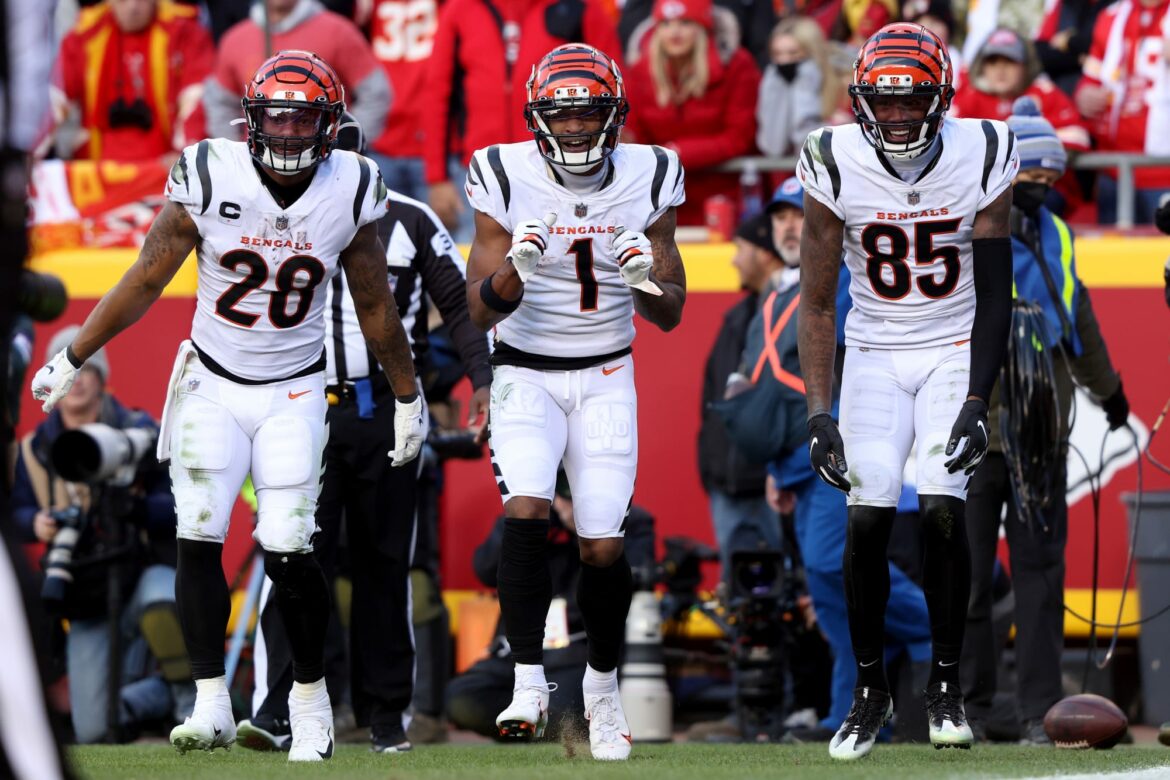 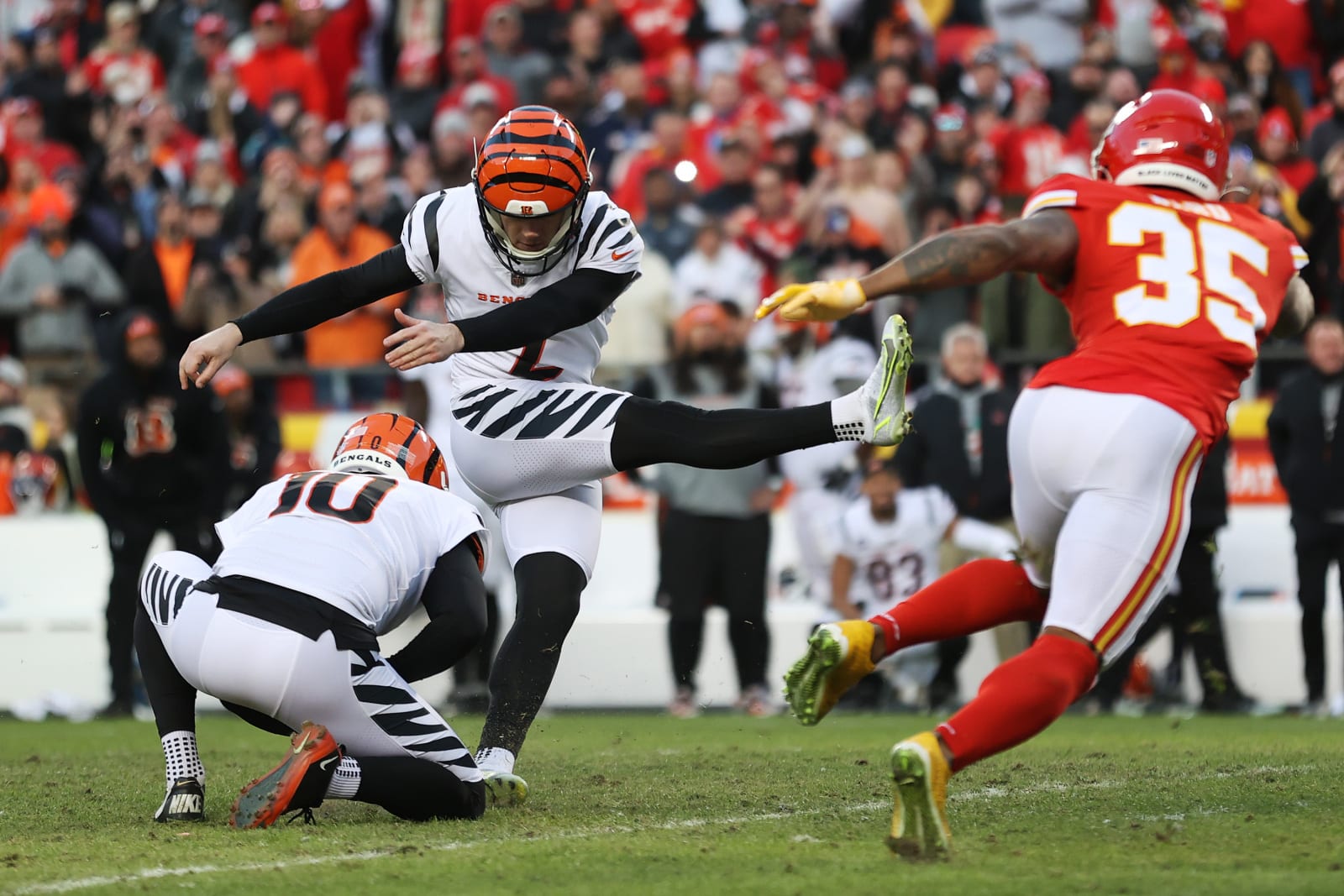 KANSAS CITY, MISSOURI – JANUARY 30: Evan McPherson #2 of the Cincinnati Bengals kicks a field goal during the game against the Kansas City Chiefs in the AFC Championship Game at Arrowhead Stadium on January 30, 2022 in Kansas City, Missouri. (Photo by Jamie Squire/Getty Images)

The Cincinnati Bengals will be playing on Super Sunday for the first time in more than three decades. Here is why they will win their first Lombardi Trophy.

The franchise is in a position it hasn’t been since the 1988 season. That’s when the Cincinnati Bengals were under the guidance of head coach Sam Wyche, led by NFL MVP Boomer Esiason, winners of the then-AFC Central with a 12-4 record and played their home games at Riverfront Stadium.

Now it’s third-year sideline boss Zac Taylor, second-year signal-caller Joe Burrow, explosive rookie wideout Ja’Marr Chase and an emerging defensive unit. The team is on a roll and will take on the Los Angeles Rams at SoFi Stadium in Super Bowl LVI. So here is why the team will hold up the Lombardi Trophy on the evening of February 13.

For any number of years, teams have picked up a new kicker via free agency or secured the position with a non-drafted performer. But Bengals utilized a fifth-round pick this spring on the specialist from the University of Florida. And it has proven to be a wise investment.

Evan McPherson enjoyed a solid year, connecting on 28 of his 33 field goal attempts while missing only two of his PAT tries. That former number includes an impressive 9-of-11 from 50-plus yards. He’s hit on all 12 of his field goal attempts in the playoffs, including the game-winners at Tennessee and at Kansas City. Could he be called on again in the closing seconds?