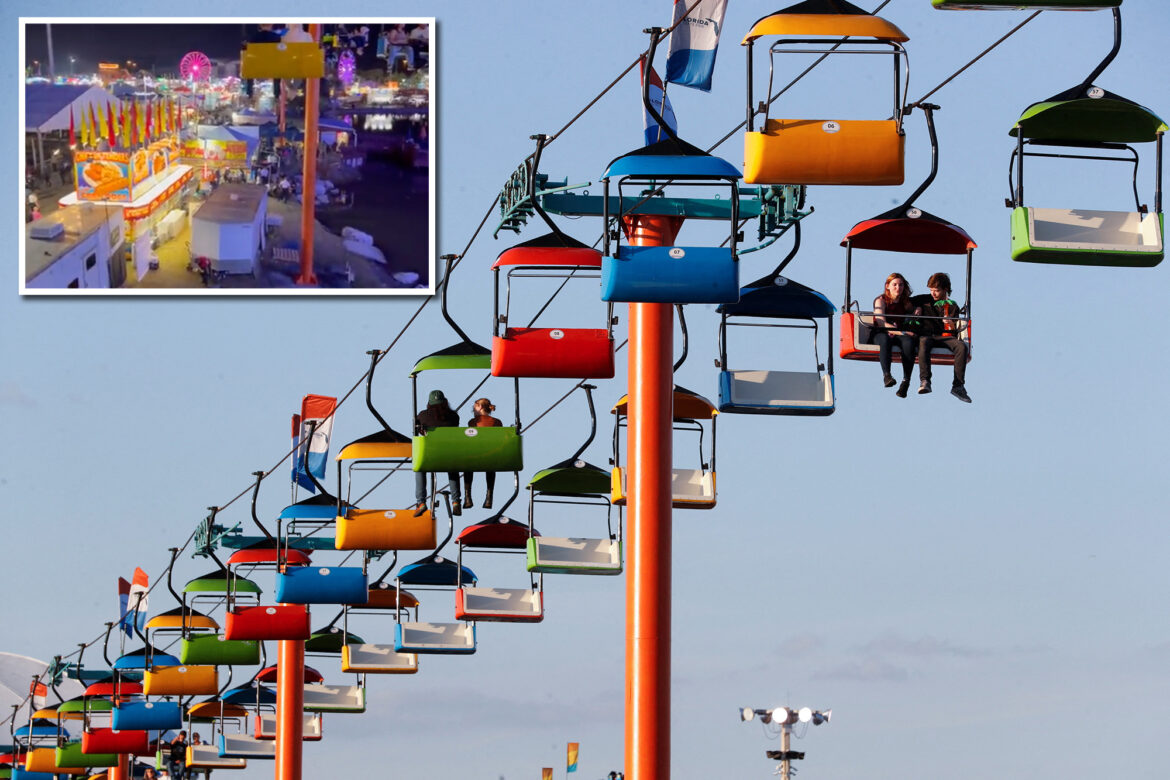 A 7-year-old girl fell up to 40 feet from a ride at the Florida State Fair, authorities said.

The youngster, whose identity wasn’t released, somehow slipped beneath the safety bar on a gondola-style ride at the fair in Tampa late Saturday, news station WTSP reported.

She landed between 35 and 40 feet below on a grassy field and was rushed to the hospital, where she was treated for non-life-threatening injuries, including a broken wrist, the Hillsborough County Sheriff’s Office said.

“Some scary moments for riders on the gondola at the #Florida State Fair tonight,” WTSP reporter-anchor Angelina Salcedo tweeted Saturday while on the ride just three cars behind the girl, who was with her two siblings at the time.

Authorities said the incident was determined to be an accident.

The family-themed ride was shut down after the incident, but was back in action Sunday after an inspection found no deficiencies, fair officials told WTSP.

“The safety of our guests continues to be a top priority at the Florida State Fair,” executive director Cheryl Flood said in a statement.

About 10 people are killed annually on rides at amusement parks and traveling carnivals, the Sarasota Herald-Tribune reported, citing the US Consumer Product Safety Commission, which tracks the incidents.

The girl landed between 35 and 40 feet below on a grassy field and was rushed to the hospital.Twitter/@AngelinaWTSP 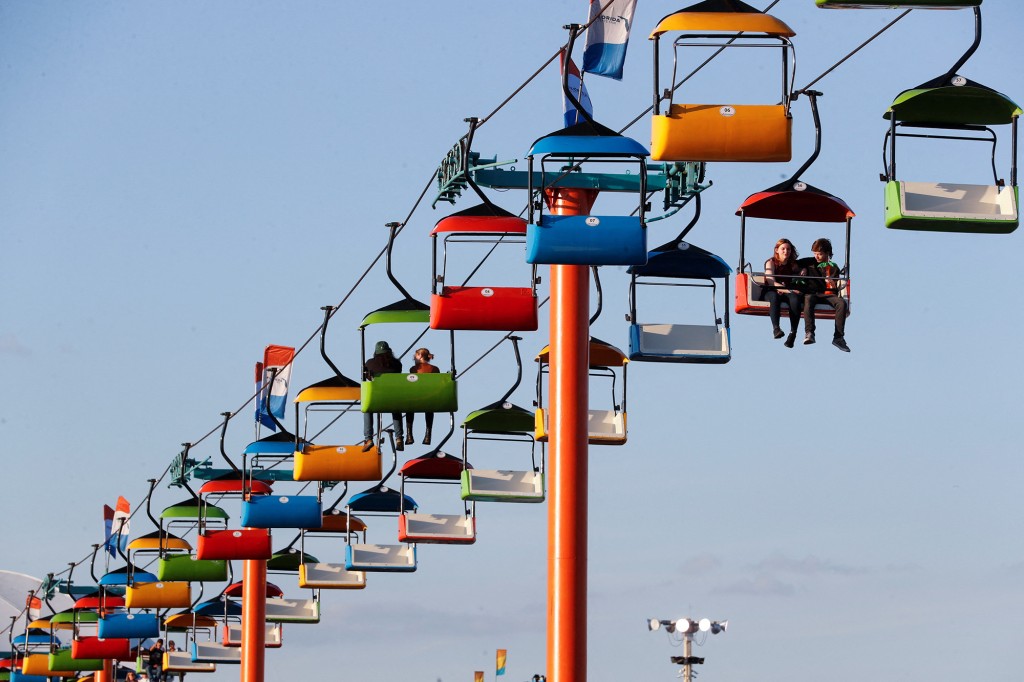 About 10 people are killed and 6,000 to 8,000 riders are hurt annually on rides at amusement parks and traveling carnivals.Octavio Jones/REUTERS

The attraction is listed as the Sky Ride on the fair’s website, which indicates riders must be at least 4 feet tall and accompanied by an adult.

“Get a [bird’s] eye view of the midway from this slow moving chair lift ride!” the website reads.