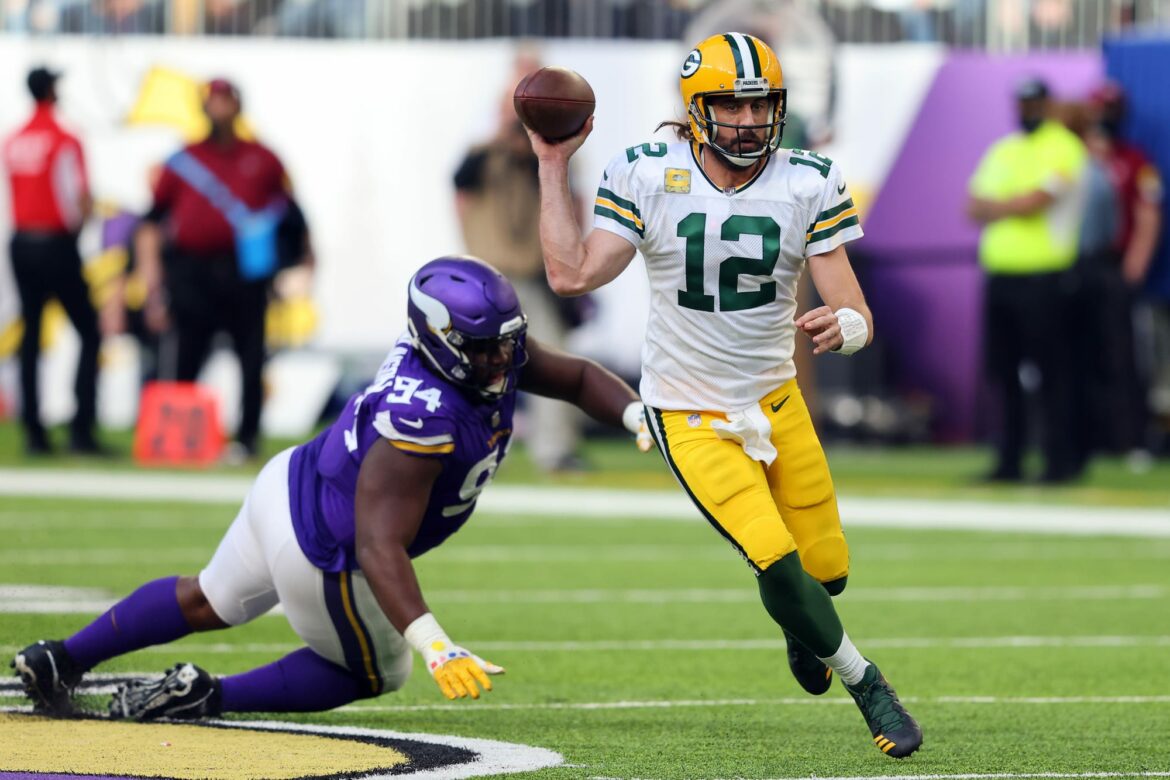 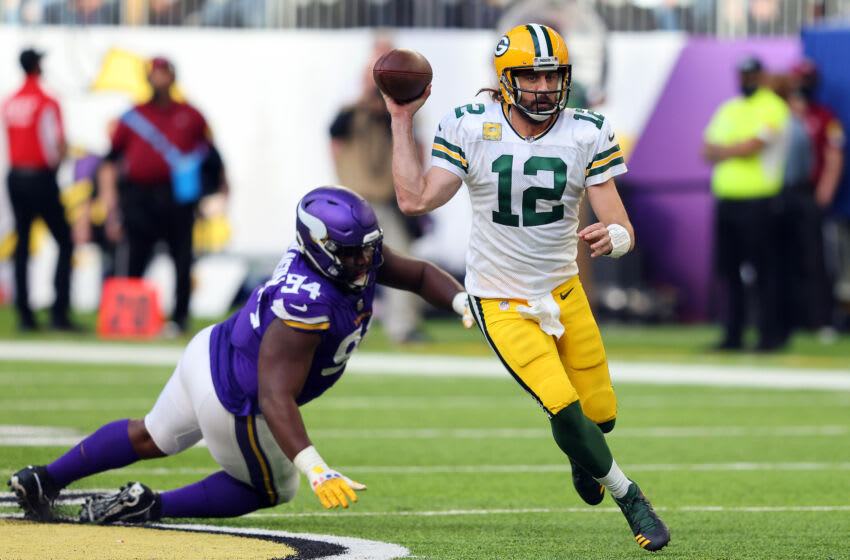 MINNEAPOLIS, MINNESOTA – NOVEMBER 21: Aaron Rodgers #12 of the Green Bay Packers scrambles with the ball in the third quarter at U.S. Bank Stadium on November 21, 2021 in Minneapolis, Minnesota. (Photo by Adam Bettcher/Getty Images)

Just what in the heck is going on with Green Bay Packers quarterback Aaron Rodgers? On Wednesday morning, the Wall Street Journal dropped a concerning report, claiming that the star signal-caller was dealing with ‘COVID toe’ after he tested positive for the virus. Well, not so fast.

During his media session with reporters, Rodgers not only called out the Wall Street Journal for ‘disinformation,’ but he also showed on camera that he’s actually got a broken toe. Goodness.

This is the world we live in now, huh? Rodgers indeed tested positive two weeks ago and had to miss the team’s contest against the Kansas City Chiefs. They went on to lose that game, with Jordan Love playing terribly. Rodgers was able to get back on the field to power Green Bay over the Seattle Seahawks, and he also put on a four-touchdown show in the loss to the Vikings in Week 11.

Rodgers has been dealing with a toe injury, but now we know it’s broken and that he’s not dealing with the COVID toe that the WSJ said he was. You can tell Rodgers was upset that he even had to clear up the air here.

Aaron Rodgers makes it clear he does not have “COVID toe” and says he’s dealing with a fractured toe.

Prior to recording, Rodgers actually lifted up his foot to show everyone his toe.

Fracture happened during his quarantine doing his own workouts.pic.twitter.com/KJILzouMeV

After the loss to Minnesota, Rodgers will try and get the team back on track on Sunday in a monster NFC showdown against the Los Angeles Rams. He’s battling through his broken toe, but it of course is bothering him a bit. Luckily for head coach Matt LaFleur and Co., this COVID toe was fake news. Rodgers wasn’t going to let the WSJ get away with it.