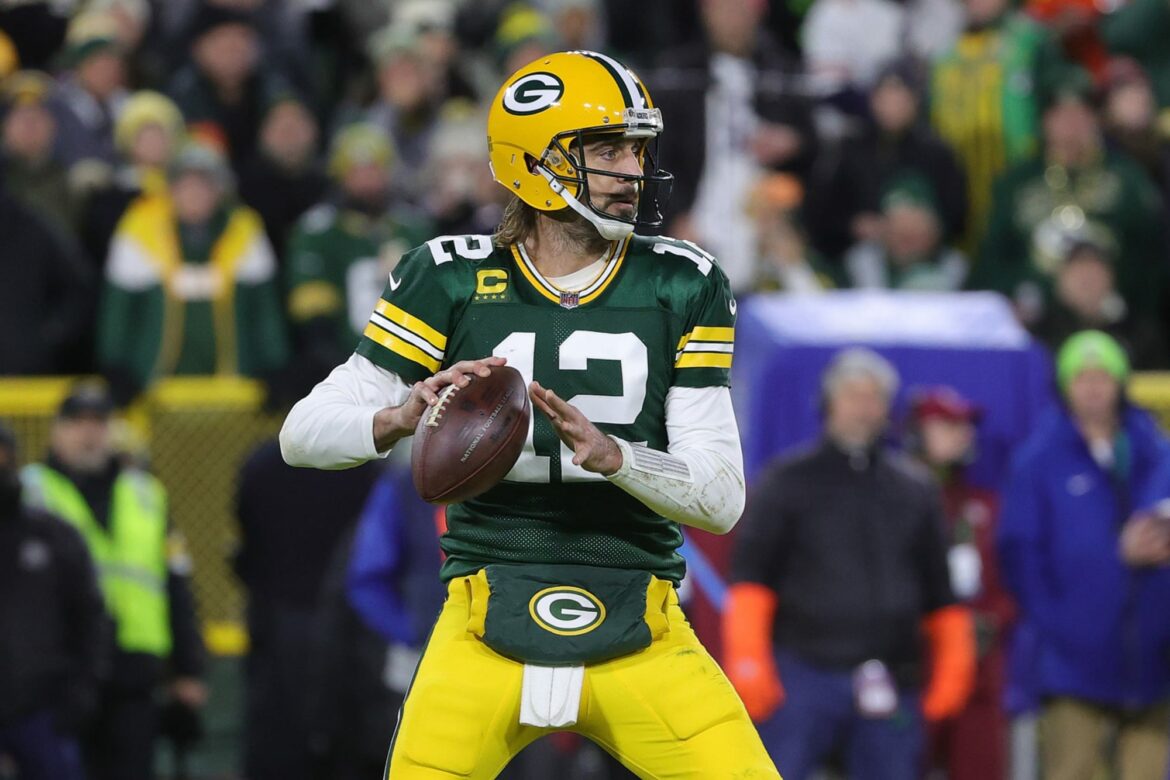 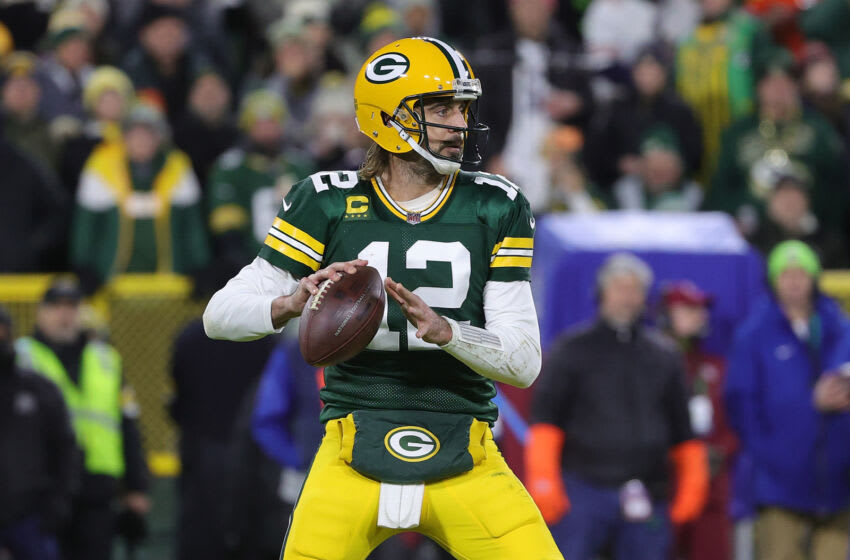 GREEN BAY, WISCONSIN – DECEMBER 12: Aaron Rodgers #12 of the Green Bay Packers drops back to pass during a game against the Chicago Bears at Lambeau Field on December 12, 2021 in Green Bay, Wisconsin. The Packers defeated the Bears 45-30. (Photo by Stacy Revere/Getty Images)

While Green Bay Packers quarterback Aaron Rodgers suffered a setback with his toe injury, it’s not going to slow him down whatsoever.

The Green Bay Packers were all smiles following the Sunday Night Football win over the Chicago Bears, but underneath all of that, Aaron Rodgers was in a ton of pain. The star signal-caller is steal dealing with his fractured toe, and things actually got worse for him in Week 14.

Despite Rodgers being in a ton of discomfort, he made things more than clear for Packers fans: the injury won’t have a negative impact on him and he’s still going to be ready to ball out whenever Green Bay takes the field.

Aaron Rodgers’ fractured toe is nothing to worry about right now

This is of course great to hear from Rodgers. When reports first dropped that he took his step back in his recovery, countless folks were concerned that he may need to miss some time. With that said, Rodgers is confident he can manage this moving forward.

Following the victory over the Bears on Sunday, Green Bay is now 10-3 on the season. While the team pretty much has the NFC North locked up, the focus is now on trying to capture the No. 1 seed in the NFC.

It goes without saying, but the team will need Rodgers to be under center to try and get that job done. We all saw how poor the Packers looked when Jordan Love started in Rodgers’ place against Kansas City. Yeah, Love is nowhere close to Rodgers’ level.

Fortunately for the Green Bay faithful, Rodgers is going to take it easy in terms of practice and he’ll just make sure he’s ready to rock for opening kickoffs. In what’s been a special season for the Packers, it looks like Rodgers is only getting started.