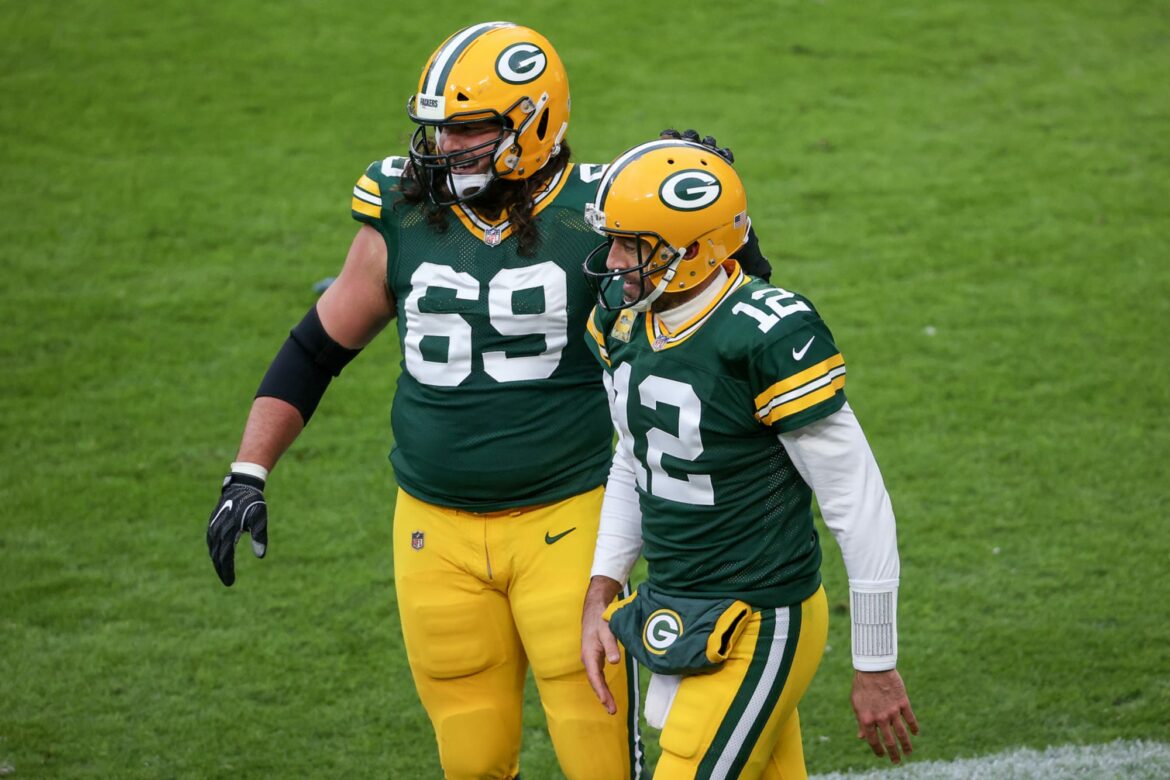 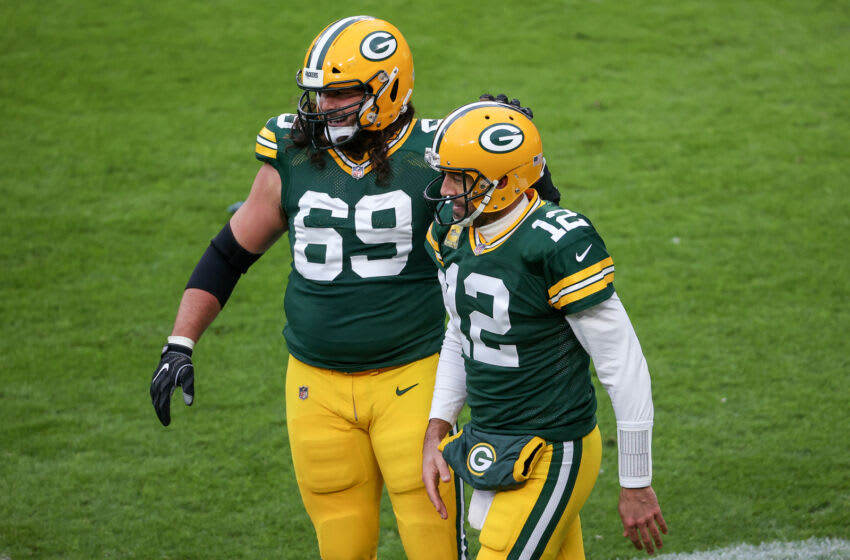 GREEN BAY, WISCONSIN – NOVEMBER 15: David Bakhtiari #69 and Aaron Rodgers #12 of the Green Bay Packers celebrate after scoring a touchdown in the second quarter against the Jacksonville Jaguars at Lambeau Field on November 15, 2020 in Green Bay, Wisconsin. (Photo by Dylan Buell/Getty Images)

Green Bay Packers quarterback does not believe offensive tackle David Bakhtiari will be ready for Week 14.

The Green Bay Packers are returning from their bye week looking to earn their 10th win of the season and climb up the NFC standings. Their opponents are the Chicago Bears, a team they already defeated 24-14 back in Week 6. But will a key player on the offensive side of the ball be ready to make his season debut on Sunday night?

During his weekly appearance on the “Pat McAfee Show,” Packers quarterback Aaron Rodgers said that he doesn’t think left tackle David Bakhtiari will be able to play this week. But, Rodgers did add “you never know.”

Aaron Rodgers to @PatMcAfeeShow on David Bakhtiari: “I don’t think he’s coming back this week, but you never know.”

Aaron Rodgers does not believe David Bakhtiari will return this weekend

Bakhtiari has not suited up for the Packers at all this year due to the fact that he tore his ACL late last season. According to NFL Network’s Tom Pelissero, Bakhtiari underwent arthroscopic surgery to clean up the knee back in January and  that “there’s optimism he’ll be back for the stretch run.”

#Packers All-Pro LT David Bakhtiari had arthroscopic surgery recently to clean up the knee that was reconstructed back in January, sources tell me and @mikegarafolo. Bakhtiari won’t practice or play again this week, but there’s optimism he’ll be back for the stretch run.

Bringing back Bakhtiari would obviously be a huge addition for a Packers team that is looking to climb above the Arizona Cardinals to earn the top seed in the NFC. He is a two-time All-Pro and three-time Pro Bowler, after all. But, that will all be up to the team’s medical staff and head coach Matt LaFleur to give the okay to officially make his return, whenever that is.

The Packers have the chance to win the NFC North with a victory over the Bears on Sunday night and if the Minnesota Vikings earn a loss or tie against the Pittsburgh Steelers.

We will continue to keep you updated on Bakhtiari’s status and once he is set to make his 2021 debut.