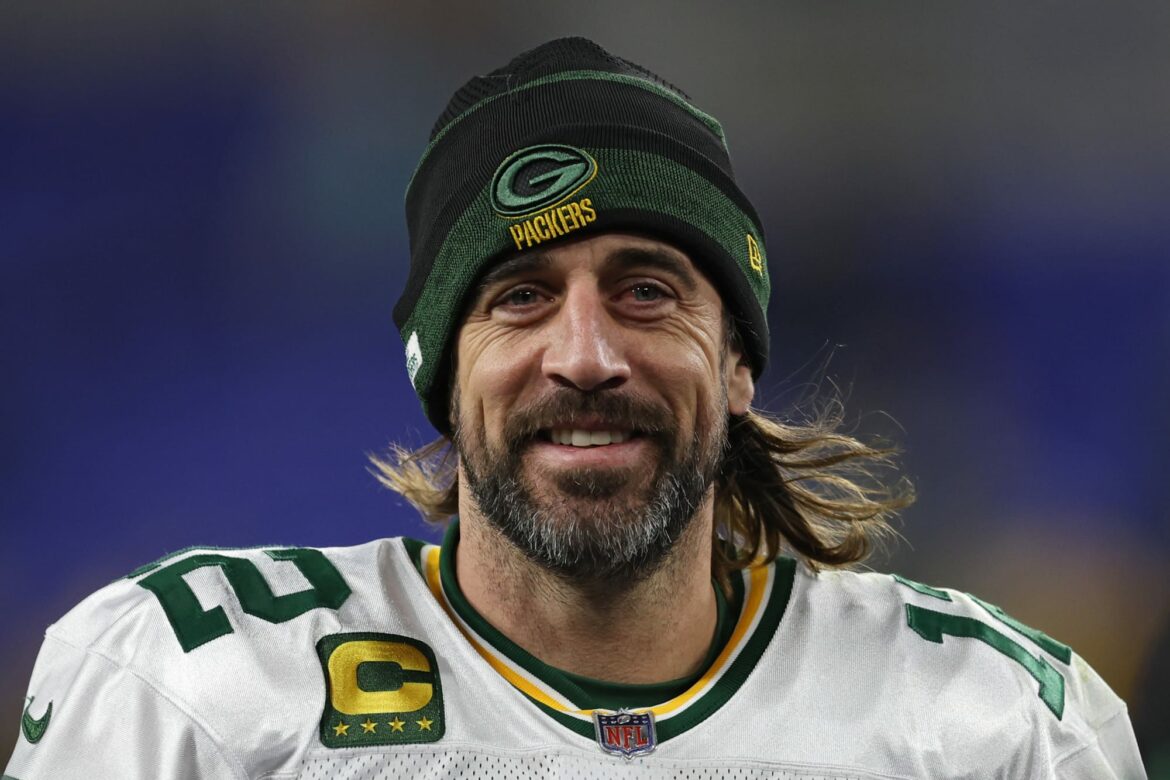 Green Bay Packers quarterback Aaron Rodgers may not be a fan of cancel culture, but nobody is canceling the reigning NFL MVP, especially if he is favored to repeat.

During his weekly appearance on The Pat McAfee Show, which he does every Tuesday, Rodgers decided to wear a cancel cancel culture hoodie produced by Barstool Sports while appearing on camera. Though some football fans and members of the media may not have liked Rodgers keeping his vaccination status private in the early part of the year, nobody is trying to cancel him.

Whether you like him or not, Rodgers is always going to be 100 percent himself at all times.

Given that Rodgers is the best player on the best team in the NFC that just so happens to be one of the three biggest brands in the NFL, it is not possible to cancel Rodgers. Some people might be furious over his stance on the vaccine, or are completely put off by his holier than thou approach to everything. However, he is the superstar quarterback of the Packers who are an elite team.

Ultimately, Rodgers has become one of the most polarizing players in the NFL. Nobody questions his talent, but rather if they can tolerate his deep-thinking personality. Though he may not be for everyone, barring a collapse in the final three weeks of the regular season, he should win back-to-back MVPs. If he was canceled, nobody would vote for him to win league MVP for the fourth time.

No matter where you stand on the vaccination issue or your opinion of Rodgers as a person, him wearing a Barstool cancel cancel culture hoodie on The Pat McAfee Show absolutely moves the needle.