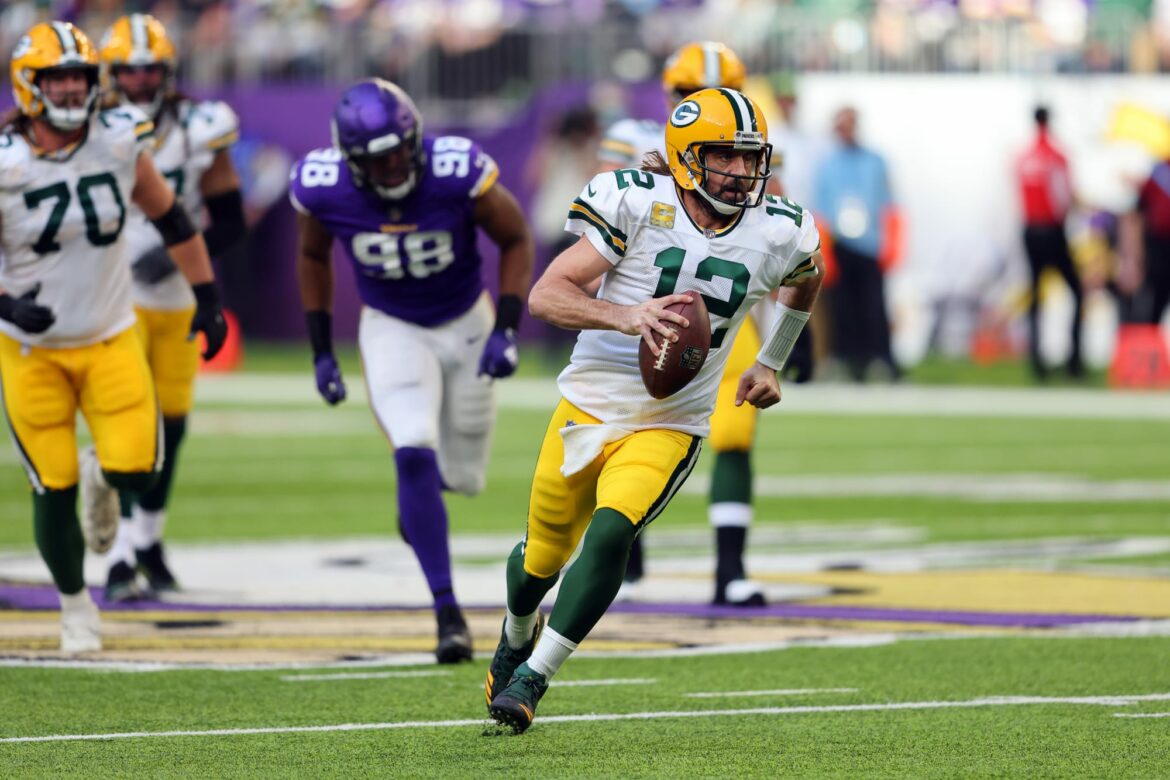 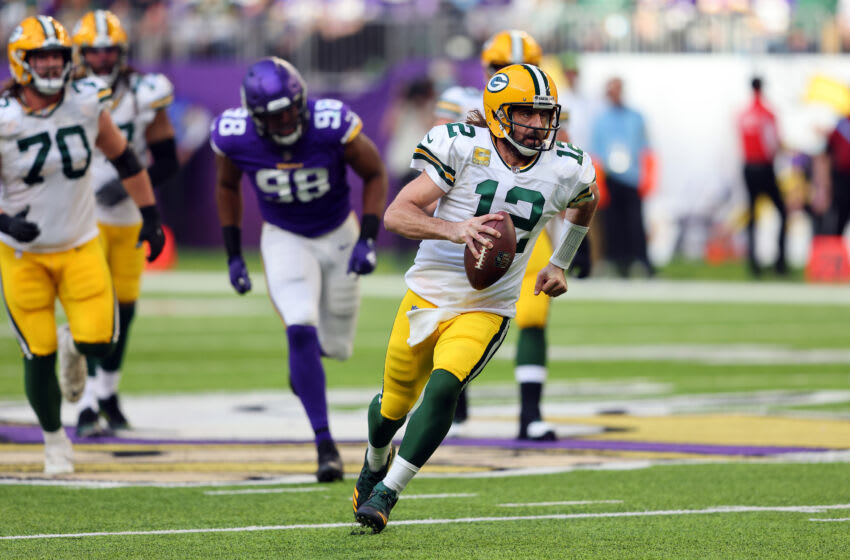 MINNEAPOLIS, MINNESOTA – NOVEMBER 21: Aaron Rodgers #12 of the Green Bay Packers scrambles with the ball in the third quarter at U.S. Bank Stadium on November 21, 2021 in Minneapolis, Minnesota. (Photo by Adam Bettcher/Getty Images)

When is the next WWE PPV after Survivor Series? by Thomas Albano

The Green Bay Packers keep getting bad news following their loss to the Minnesota Vikings. This time it involves Aaron Rodgers.

While the Green Bay Packers aren’t doomed and their season is far from over after their recent loss to the Minnesota Vikings, they continue getting bad news following Sunday afternoon’s 34-31 road defeat.

Things don’t exactly look promising with Elgton Jenkins’ injury and now star quarterback Aaron Rodgers opened up about the toe injury he suffered against the Vikings. While this particular injury isn’t so sever that it could end his season, there’s a good chance he’ll still be impacted by it.

According to a tweet from Bill Huber, Rodgers explained that the injury caused “a lot of pain” and that it’s “worse than turf toe.”

Rodgers said he was in a lot of pain at halftime. It’s worse than turf toe, he said. Got stepped on in first half. Won’t practice much this week.

Packers fans won’t be thrilled about that.

Again, there’s almost no way this will put an end to Rodgers’ season, but it is worth keeping an eye on as the Packers move forward. Green Bay will have to account for the fact that their quarterback may not be 100 percent for some period of time due to this injury.

Right now it just looks like Rodgers will miss a few practices, but it remains to be seen how he’ll end up playing if he’s hindered to any extent by this toe injury, or if he’s at risk of missing Green Bay’s next game against the Rams on Nov. 28.