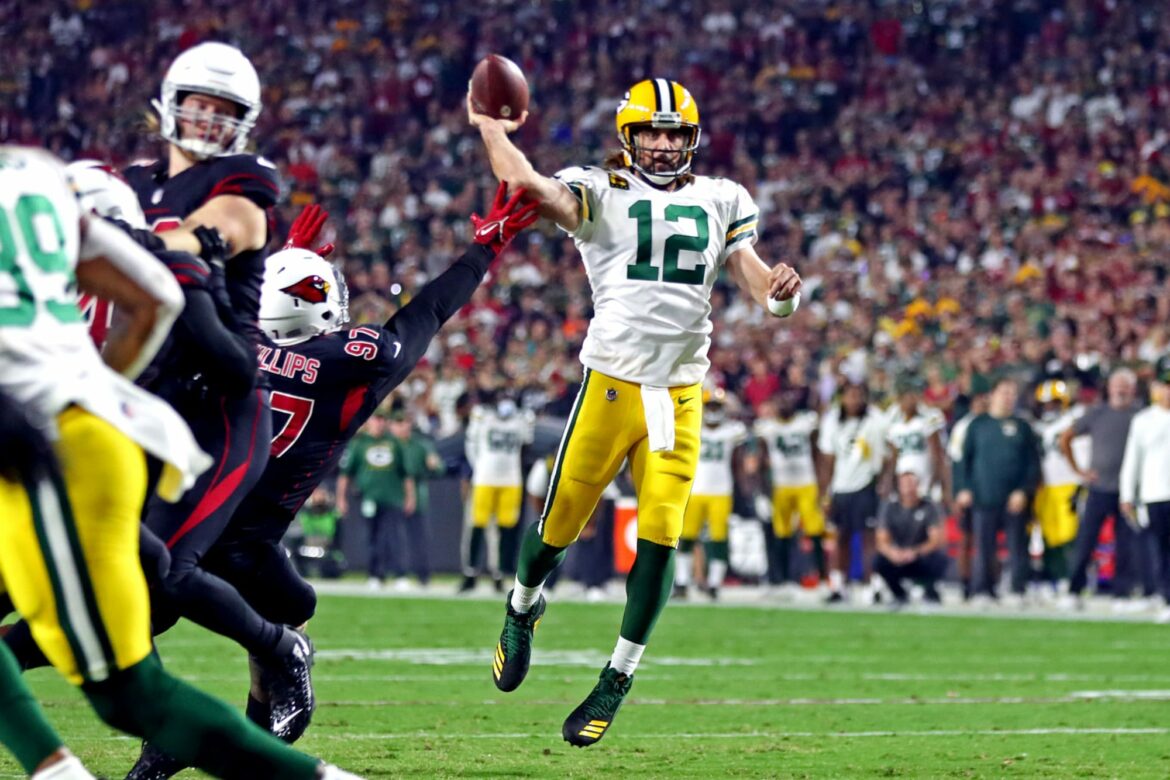 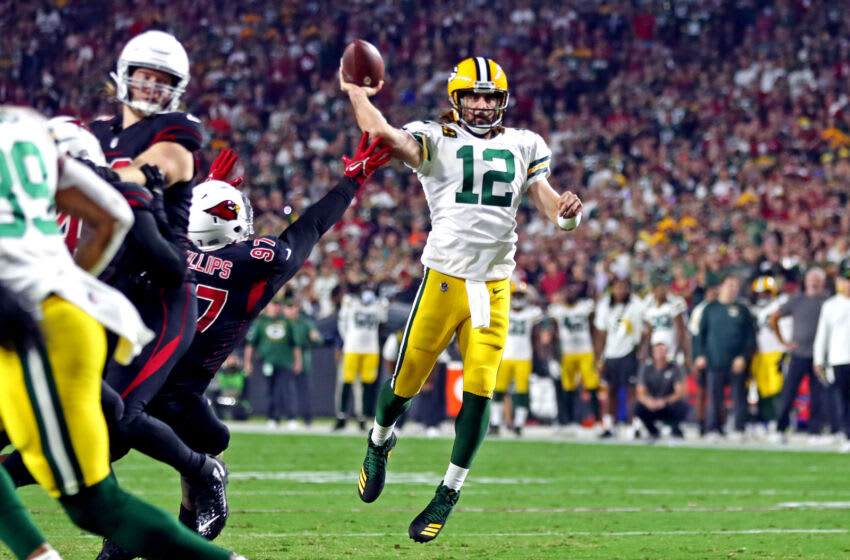 The Green Bay Packers were looking to be the one in the Arizona Cardinals’ 7-1 record. Of course, that could only happen with a victory over the lone undefeated team in the NFL entering Thursday night. Packers quarterback Aaron Rodgers was on fire in the desert, even without some of his top pass catchers in the game.

During the third quarter, Rodgers hit veteran wide receiver Randall Cobb in the end zone for the touchdown to give the Packers a 17-7 lead. Right after the quarterback made that throw, he took a late hit by defensive lineman Jordan Phillips.

Phillips was called for roughing the passer, resulting in a 15-yard penalty enforced between downs.

Rodgers and the Packers gave the Cardinals their first loss of the season, as they won 24-21. That all happened after Cardinals quarterback Kyler Murray’s pass intended for wide receiver A.J. Green was intercepted by cornerback Rasul Douglas.

In the win, Rodgers completed 22-of-37 pass attempts for 184 yards and two touchdowns.